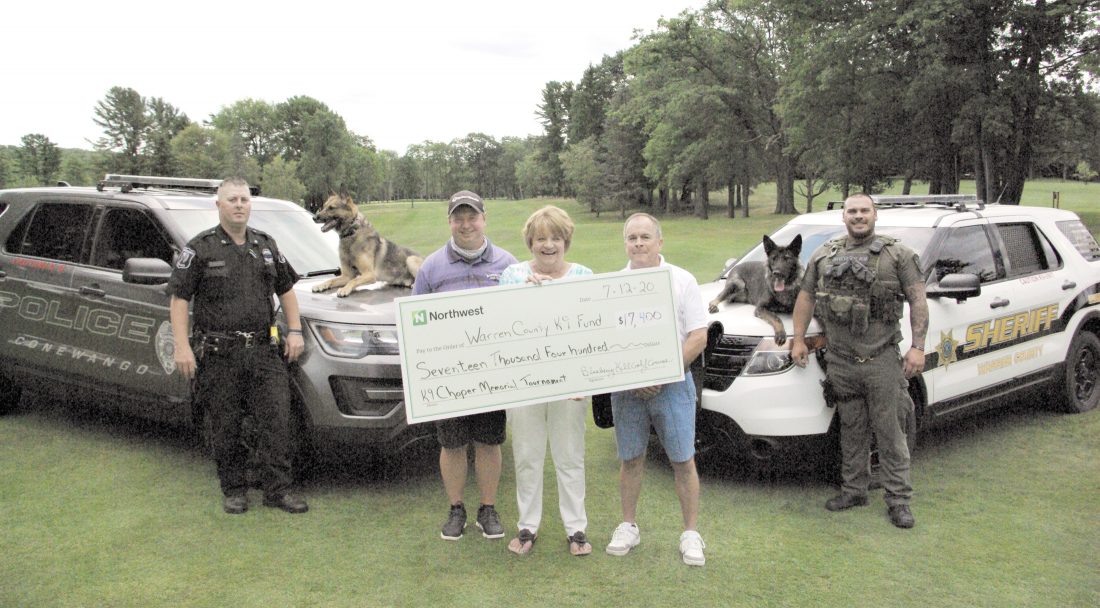 For a while, golfing wasn’t even allowed due to the COVID-19 pandemic.

That changed and the fund-raising golf tournament returned.

Organizers of the annual K-9 Choper Memorial Golf Tournament held July 12 at Blueberry Hill Golf Course were concerned that COVID-19 would cause problems for the event and decrease the amount of funding they could raise to benefit the county’s K-9 units.

They didn’t expect a record-setting year in the third annual event.

“We didn’t know what to expect,” Coordinator Karen Sobkowski said. “We broke the record. I literally cried. I couldn’t believe it.” 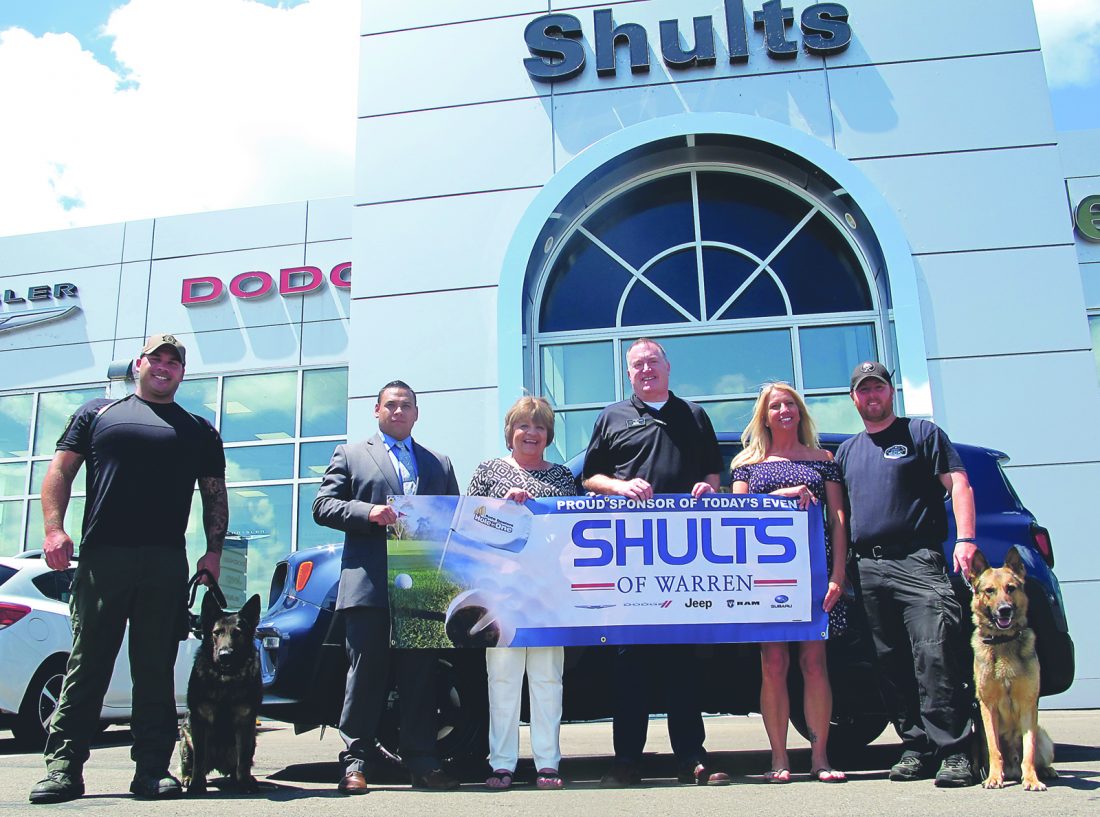 “It was the biggest tournament Blueberry has ever had,” Sobkowski.

“It shows how much Warren County cares about the K-9s,” Conewango Township Police Officer Scott Neiswonger said. “We have an amazing community.”

“It shows how much they support the K-9s and local law enforcement,” Sobkowski said.

Some of the dollars will be used to honor Jamestown City Police K-9 Promber.

“We are donating a portion to Chautauqua County in remembrance of K-9 Promber,” Neiswonger said.

He said many participants and donors felt strongly about honoring K-9 Promber.

The bulk of the funds will help cover the many expenses of the K-9 program. “This will go to training, equipment, and basic needs of the dogs,” Neiswonger said.

The program’s needs include upgrades to the K-9 unit vehicles.

“I want to thank Grand Tournament Sponsor Ed Shults of Warren, all the sponsors, and everybody that donated including those who volunteered their time,” Neiswonger said. “Everybody stepped up and did what they could.”

“Thank you Ed Shults, Karen, (Blueberry General Manager) Jim Roth, and (Blueberry Golf Pro (Gary McCollough,” he said. “We couldn’t do it without you.”

The event raises funds and awareness for the program. It is also a memorial to K-9 Choper, who was part of the Conewango Township Police force for three years until his death in June 2018.

“We’re definitely looking forward to next year,” Neiswonger said. “Hopefully, it will be even bigger.”