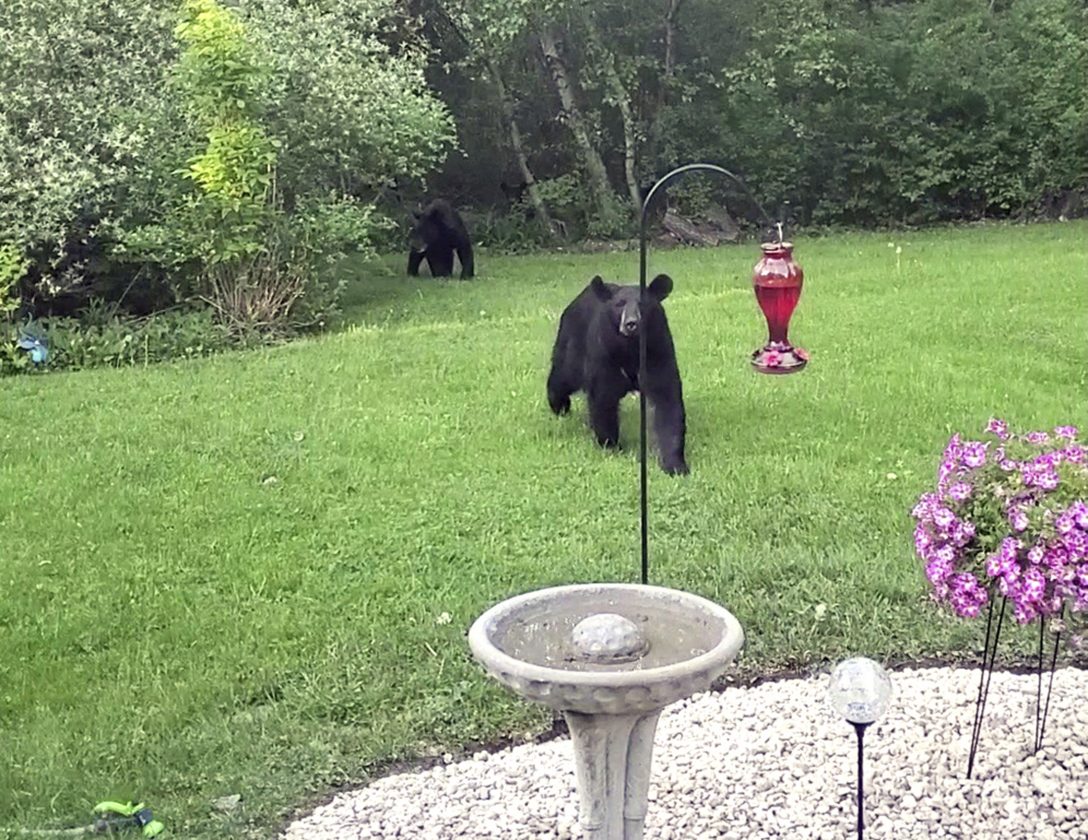 Photo by Dawn Strother A black bear and cub are pictured in the yard of a Shadyside Road residence in Lakewood. Recent bear sightings were discussed by the Busti Town Board this week.

BUSTI — Busti Town Supervisor Jesse Robbins said he had received several calls about bears spotted in the area during a town board meeting on Monday night.

Dawn Strother of Shadyside Road in Lakewood had just one such experience last week when a family of black bears showed interest in her bird feeder.

“I was outside on the patio and they just decided to come visit. I think they wanted the bird feeder,” Strother said. “I think it was last Tuesday or Wednesday maybe. There were actually three, there was one in the woods, I don’t know if it was the mom or not and then the two pretty large cubs. My bird feeders have been knocked down, I didn’t know if they were raccoons or deer or what not. Sometimes when my feeders are down they are destroyed. I was guessing it might be a bear but that was the first time I had seen them.”

Robbins said that the majority of issues appear to be caused by bears pursuing bird feeders, and advised that residents remove them if they are having issues and avoid throwing garbage away outside.

“Don’t get between momma and her cubs,” Robbins said.

According to the New York State Department of Environmental Conservation, black bears can hibernate for up to five months during the winter before leaving to feed during the spring. The state advises that bears are curious, intelligent and will eat almost anything and reminds residents that it is illegal and dangerous to feed bears.

“Good housekeeping is a requirement wherever black bears are found. Simple sanitation measures can be the key to avoid attracting bears. Take responsibility for your safety and encourage your neighbors to do the same,” reads the advice of the DEC.

Bird feeders should be removed by April 1, but bears can also be attracted by trash and outdoor grills. More safety information can be found at dec.ny.gov/animals/6995.html. 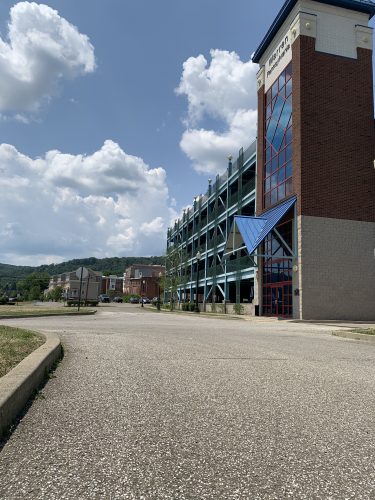