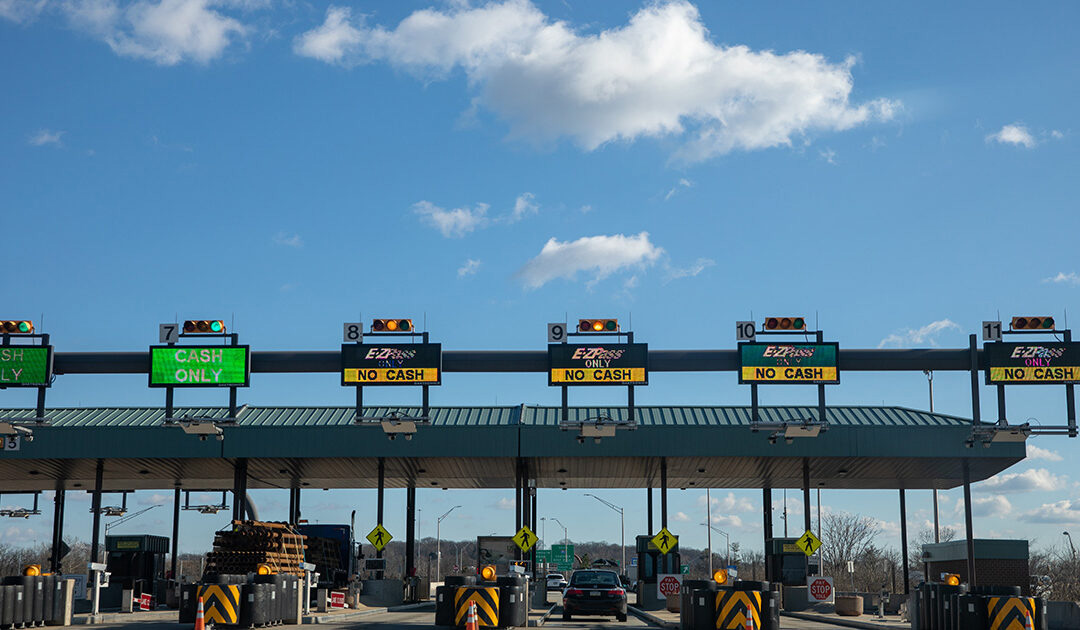 A toll barrier on the Pennsylvania State Turnpike is pictured.

The Pennsylvania Turnpike Commission voted June 2 vote and affected some 500 workers, mostly fare collectors, many of whom had been led to believe the turnpike’s transition to cashless tolling was still two years away. Commission CEO Mark Compton blamed the accelerated layoffs on declining revenues and persistent uncertainty stemming from the COVID-19 pandemic.

Sen. John P. Sabatina Jr., D-Philadelphia County, recently introduced Senate Bill 1220 to mandate the Pennsylvania Turnpike keep its compliment of toll collectors through the remainder of the collective bargaining agreement date of October 2021. It would amend Section 8107 of Title 74 of the state’s Consolidated Statutes by stating the turnpike must employ the same number or toll collectors with the same level of pay and benefits throughout the remainder of the bargaining agreement that was in place on June 1, 2020.

Sabatina was one of 17 senators to send a letter to Wolf on June 5 asking for the turnpike workers to be reinstated.

“This legislation protects the 500 men and women who were dismissed under the pretense of protecting worker’s health during the COVID-19 pandemic,” Sabatina wrote in his legislative memorandum.

“A recent joint hearing between the Senate Transportation Committee and Labor & Industry Committee showed a systematic failure of the Commission to honor the current CBA. The commission held a hastily cobbled vote to eliminate these positions without any transparency or valid justification. Neighboring states of Ohio, New Jersey and New York have all brought back their toll collectors in recent weeks. Pennsylvania is the only state saying it is ‘unsafe to bring back human toll collectors.”

Sabatina’s bill was referred to the Senate’s Transportation Committee, where it was approved 13-1, with only Sen. Joe Scarnati, R-Elk/Jefferson/McKean/Potter/Tioga/Cameron and Senate President pro tempore, voting against.

“I would ask that at a time where our unemployment rolls are already at record numbers, and the Commonwealth is spending billions in unemployment compensation claims, we reinstate these men and women who were promised employment even once the pandemic was underway,” Sabatina wrote.

In written testimony submitted to the House Transportation Committee on June 4, Compton said fare revenues plummeted $100 million after the state furloughed collectors March 16 as part of pandemic mitigation efforts. Wolf’s restrictions on economic activity and travel cut turnpike traffic in half, he said.

Further, Compton said a return to cash collections jeopardizes the health and safety of both workers and travelers as the extent and the severity of a potential second wave of the virus remains unknown.