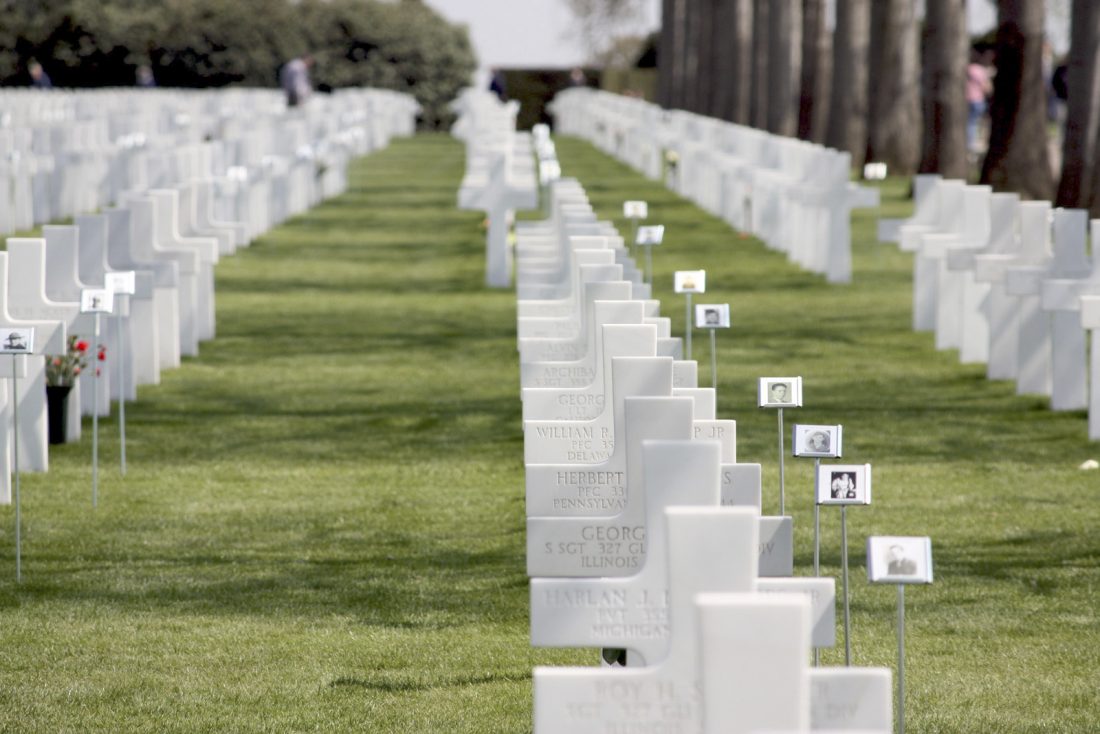 Photo from the American Battle Monument Commission The Faces of Margraten event at the Netherlands American Cemetery where 2nd Lt. Arthur C. Pickett was laid to rest.

And the term “killed in action” has become pretty sanitized.

We don’t often see, feel or hear, though, the ramifications of what that term can actually mean.

But we know what happened to Arthur C. Pickett.

But these sacrifices are what we remember on Memorial Day.

Grave records indicate that Pickett was born in December 1919 to Charles V. and Dora May Pickett in Warren.

In May 1942, he left high school after three years and went to Massachusetts to enlist and made his way to the Army Air Corps.

He was part of the 339th Bomber Squadron, 96th Heavy Bomber Group as a co-pilot on a B-17, according to honorstates.org, where he was “one of 10 crewmembers of a bomber for the 8th Army Air Force based at Snetterton Heath, north of London, England.”

Pickett was the co-pilot of the ‘Shack Rabbit III’ — “a B-17 on loan from the 413th Squadron,” according to americanairmuseum.com.

“On the 20th of October 1943 the target was a bomb manufacturing plant near Aachen, Germany,” according to honorstates.org. “On the way they were attacked by an enemy fighter over Belgium.”

That attack required Pickett’s B-17 to leave the formation, leaving it further exposed to German attacks.

That American Air Museum site indicates that Pickett was “hit in the head in the first attack, he was unable to get loose from his chute harness and fell to the ground in Harchies, Belgium.

“He was found by Belgian civilians and, like the three other KIA on board, he was buried on 22 October 1943 at the Chievres communal cemetery, near Ath, Belgium. After the war, his remains were buried at the Netherlands American cemetery in Margraten, Holland.”

The Museum indicates that a square in the town village where he was found has been named for him — Place Arthur Pickett.

Awarded the Air Medal and Purple Heart, a plaque “was inaugurated on the facade of a house in Harchies, where Lt. Pickett’s body had been found,” according to honorstates.org, on October 20, 1993.