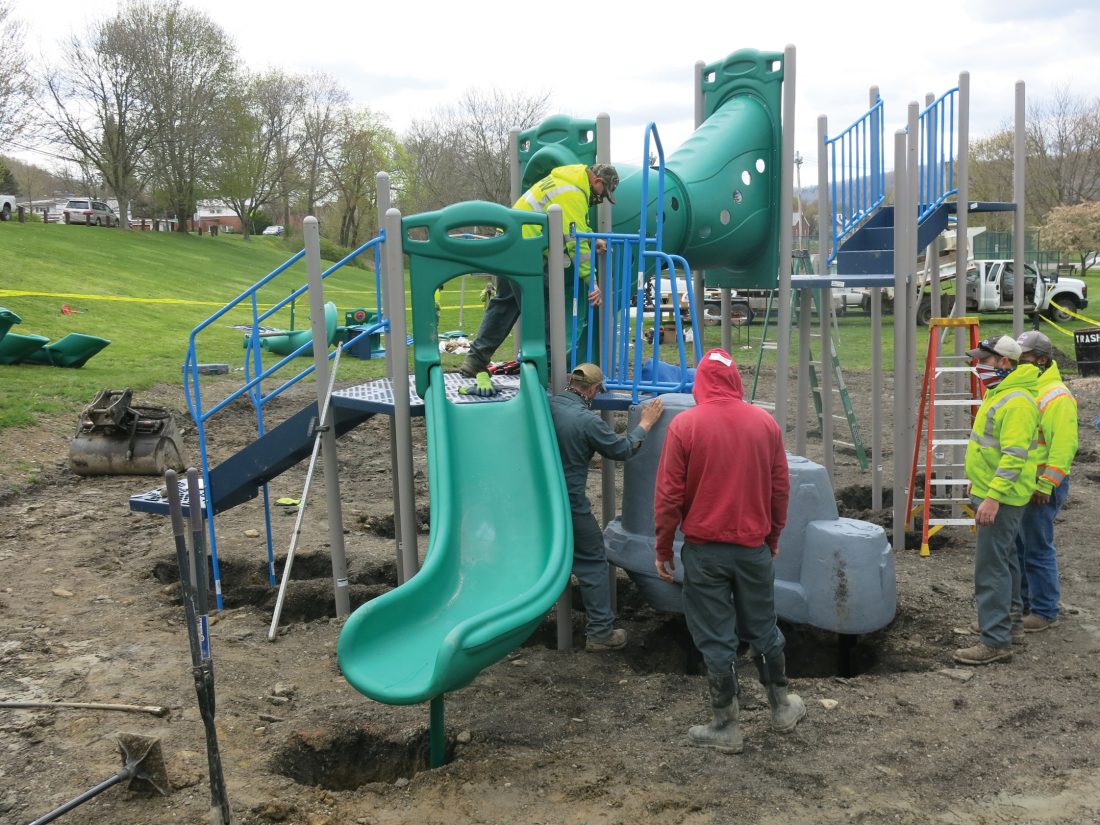 Times Observer photo by Brian Ferry A crew including workers from the City of Warren Department of Public Works and Bramble and Company install a portion of the new playground equipment at Beaty Park.

The new equipment at Beaty playground will soon be ready.

Crews from the City of Warren Department of Public Works and Bramble and Company — the lead designers — were working again on Tuesday, setting up the equipment.

The old playset was demolished in February. That wooden structure was 40 years old.

The project also called for the replacement of decades of organic material on the ground.

“The footprint of the new playground is 50 feet by 70 feet — slightly larger than what we removed,” DPW Superintendent Joe Reinke said. “The playground was purchased from GameTime with grant money.” 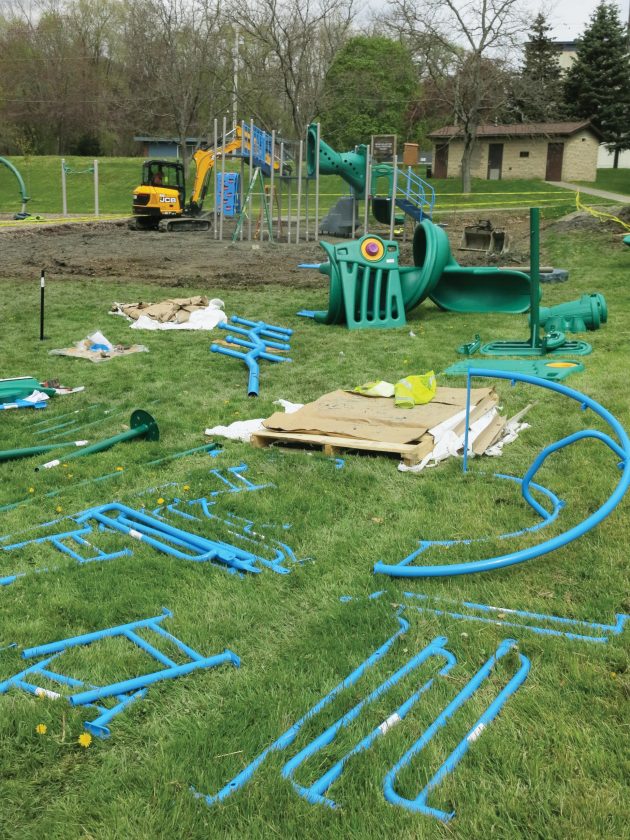 Times Observer photo by Brian Ferry New playground equipment is laid out and ready for installation Tuesday at Beaty Park.

The land the structures sit upon was elevated slightly to improve drainage and the safety fall zones around the new equipment was expanded.

With the new installation, most of the equipment at Beaty playground is less than 10 years old, he said.

The new structure was originally to be installed in April, but COVID-19 restrictions pushed the time-frame back.

“Bramble and Company have not been able to work until the governor’s reopening on May 8,” Reinke said.

The company was able to start at the playground sooner than city officials hoped, but there is no target completion date. 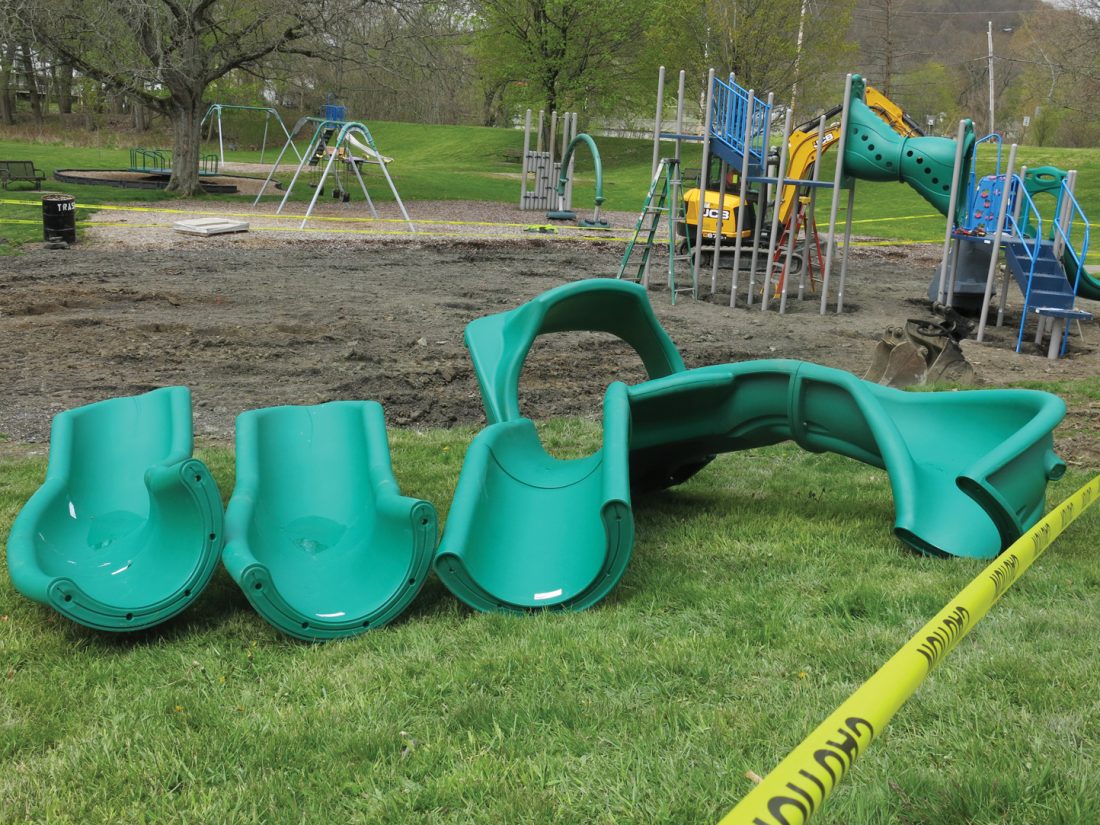 During construction, the caution tape will remain up and no one is allowed to use the structures.

“We ask that people stay off of this equipment until the caution tape is down and the borders and the new wood chips are installed,” Reinke said.

During the coronavirus pandemic, the city is urging caution.

“Right now, we aren’t encouraging anyone to play at the playgrounds,” Reinke said. Anyone doing so is at their own risk.