‘Can’t be caught flat-footed’: Board, administration looking ahead to next school year 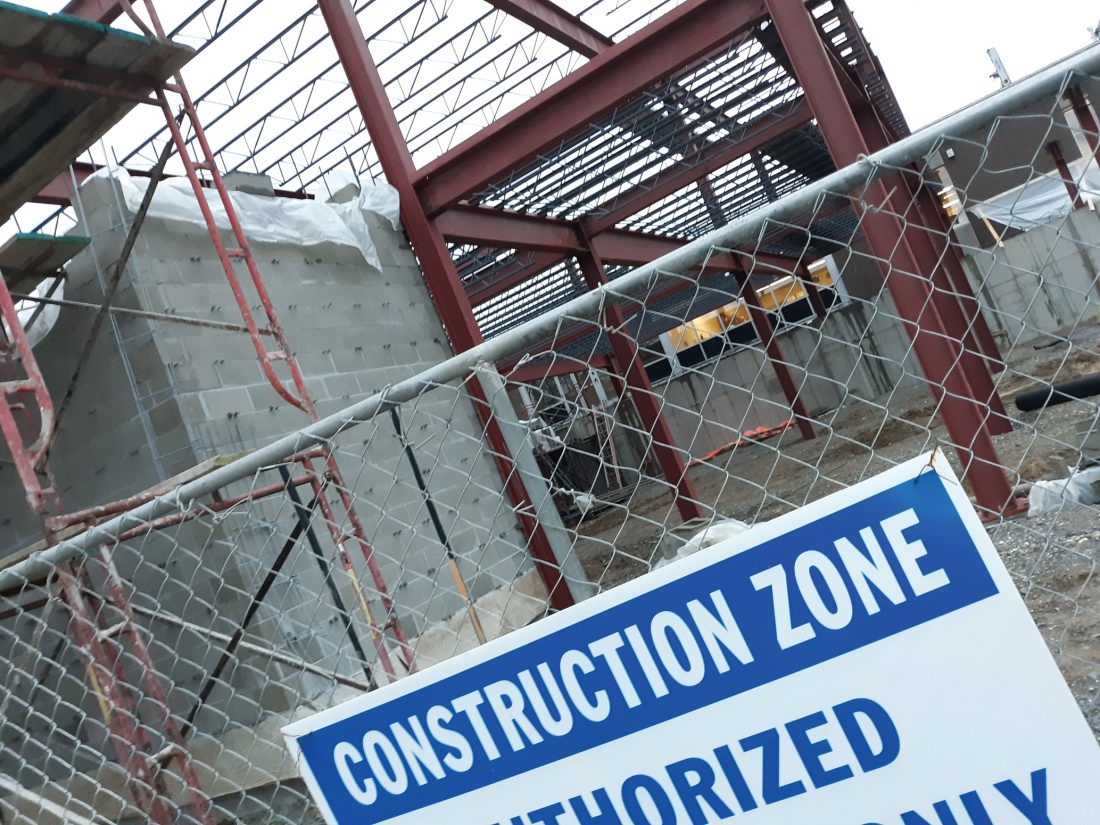 Times Observer photo by Brian Ferry The Warren County Career Center renovation project, on hold since March, is restarting. On Monday, the school board approved re-opening that project effective Tuesday. The work could be complete by December, with most spaces ready in October.

Most of the public discussion coming out of Warren County School District regarding the COVID-19 impacts so far has been about graduating seniors.

School board members and administrators have repeatedly said the experiences of those students are important and that they are willing to go beyond what is normally done and spent to provide what meaningful experiences they can.

However, from an educational standpoint, most of the learning those students would undertake was well behind them.

“I’m worried about all of our kids,” Superintendent Amy Stewart said. “We do an awful lot of talking about our seniors… but most of their learning has happened.”

“I’m most concerned about next year’s 1(st), 2(nd), and 3(rd) kids,” she said. “If we don’t get these kiddos up to speed on their reading… it affects all of their student and adult life.”

She said administrators have talked about a two-week “camp” for the youngest students to help them catch up on time lost during the end of this school year.

That might well help, but bringing those students to school two weeks early would be complicated, expensive, and, possibly, illegal, depending on the COVID-19 circumstances, she said.

Super-sizing the district’s summer offerings could also help provide for the educational needs of students, but more restrictions apply there. The COVID-19 restrictions on education are still in place right now.

While Education Secretary Pedro Rivera announced Monday that he expects schools to open in the fall, he didn’t say the restrictions would come off in June, July, or August.

The district is not assuming that will come to pass.

Stewart said the staff is working in several directions.

One of the most complicated scenarios would be if the district started the year out one way, in one phase, then the pandemic circumstance took a turn for the worse and the district had to move to a more restrictive phase.

“We need to be ready for multiple scenarios in the fall,” she said. “We can’t be caught flat-footed.”

“We know we’re going to have to beef up our virtual academy,” Stewart said. “In an online or a hybrid environment, we think we have enough devices to get it done… once they get here.”

She said she spoke with Sen. Bob Casey on Monday and expressed her concerns. She explained that transporting students in a district that covers 800 square miles is a challenge.

If there are limits on how many students may be allowed to be on a bus and the district has to do something like double its runs, that challenge would become an enormous one.

The district pays for transportation and receives reimbursement from the state the next year, Stewart said. “You experience the outlay during the first year. Those dollars would have to be there.”

Stewart also used her time with Casey to make sure he was aware of the broadband problems here.

Whether the buildings reopen as usual for the fall or not, administration expects a dramatic increase in the demands on the district’s virtual academy.

“We have to have better access to broadband in this county and it has to be affordable,” she said to the board. “In order to make online education work… and not further the have-and-have-not divide… we are forced to buy into hotspot technology.”

Even that doesn’t help in some areas of the county, she said.

The district does not have unlimited funds to make its problems go away.

Normally, at this time of year, the school board would be busy contemplating what to add and what to cut.

That document was attached to Monday’s agenda. It was discussed, but the COVID-19 pandemic and the radical changes it has caused to education sent it far back on the burners.

“We don’t know what we’re doing two months from now or a week from now,” board member Kevin Lindvay said in explaining why he did not want to move forward with the adds and cuts process.

Director of Business Services Jim Grosch brought bad budget news to the board.

Recent events have brought the time when he expects the district’s fund balance to be exhausted one year closer.

His projections for the 2020-2021 school year include a deficit of $4.5 million with expenditures of over $85 million and revenues of a little over $79 million.

The Pennsylvania Association of School Business Officials (PASBO) is advising districts on what to expect from COVID-19.

“They are projecting that our local revenues will be down between $1.5 million and $2 million,” Grosch said.

In particular, real estate collection rates and earned income and occupational privilege tax revenues are expected to be down.

Grosch said he expects the EIT and OP tax revenues to climb back toward previous rates, but not for four years.

While his budget document included the known changes from COVID-19 this year, he did not attempt to project how those changes would impact future years.

There are federal CARES dollars that target education. The amount the district is expecting — $1.4 million — could come as additional revenue. But it may not. “The fear is that it will be supplanted into state funding,” Grosch said.

If dollars are handed to the state to divvy up, it is possible that the federal dollars could be used toward the state’s education subsidy, board member Arthur Stewart said. That would help the state recoup COVID-19 losses, but would not help districts at all.

“This is going to be a no-frills year,” Amy Stewart said. “Kids need the material. They need gaps filled.”

Special events and field trips will be at a minimum.

Teachers and principals will be minimizing their expenses. “You’ll hear us talk about a freeze,” Stewart said. “We are in a freeze on steroids.”

She said she hopes to see a low ‘burn rate’ — the amount the district spends compared to the amount it budgets. For the past few years, that rate has approached 100 percent — which generally means the budget process is providing accurate projections. A lower rate means money left over at the end of the year.

Stewart said some districts will be furloughing employees starting July 1, but she did not make that recommendation to the board on Monday. “I don’t see the value in hopping into anything drastic at this time,” she said.

To help Grosch and Stewart prepare as effectively as possible, board members suggested they would like to see dollars for some large expenditures that could be pushed back put into contingency funds. If COVID-19 swamps the budget, those dollars would be available to handle that situation. If not, the district could move forward with textbook purchases and other necessary, but not immediate, needs.

The school board voted unanimously to restart the project, “in compliance with the terms and conditions as stipulated… with a starting date of May 12.”

There are “concerns about being able to get materials,” Stewart said. But, “we’re looking at most classrooms being up and running in October.” The new construction at the front of the building should be ready for a December opening, she said.

The district approved extending the date by which employees have to use their vacation time to Dec. 1.

According to Director of Administrative Support Services Gary Weber, that was to avoid “everyone having to take off the entire month of June.”