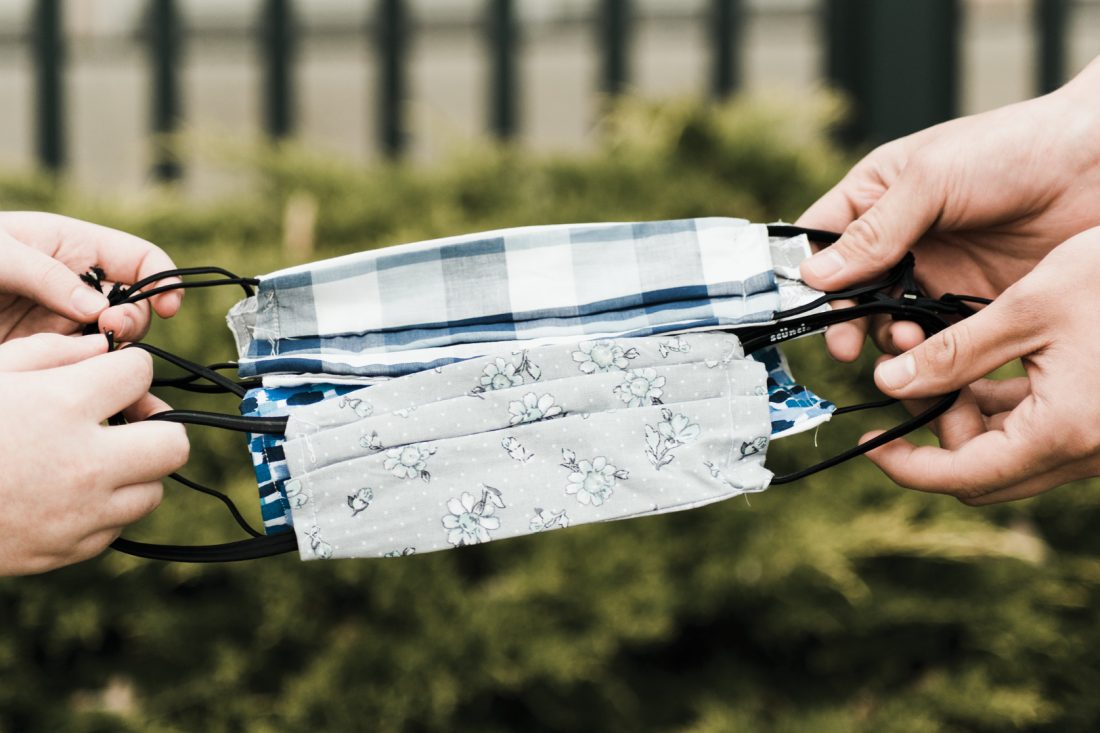 Times Observer photo by Jon Sitler Jim Newton would prefer to be fishing with his grandchildren, but doesn’t mind fishing season opening early. He caught this trout a couple minutes after casting off in Conewango Creek in Conewango Township.

Times Observer photo by Kate Cataldo Hayley Tutmaher plans to continue helping the community and making masks as long as they are in need.

Warren Area High School senior Hayley Tutmaher is not wasting any time during the school closure.

Tutmaher has been working at Cambridge Warren assisted living facility as a nurses aide for almost two years, and has recently been picking up extra shifts in order to help out with the residents.

According to Tutmaher, when state-mandated closures started being implemented, residents were under a mix of emotions. Some were sad, some angry, some scared, and some even lonely.

“My favorite part of being a part of the staff here at Cambridge Warren is coming into work and being able to make someone’s day,” said Tutmaher. “I can make them happy, so they won’t feel sad, or angry, or scared.”

She also enjoys making sure residents don’t feel like they are alone. She simply loves being there for the residents and spending time with them. 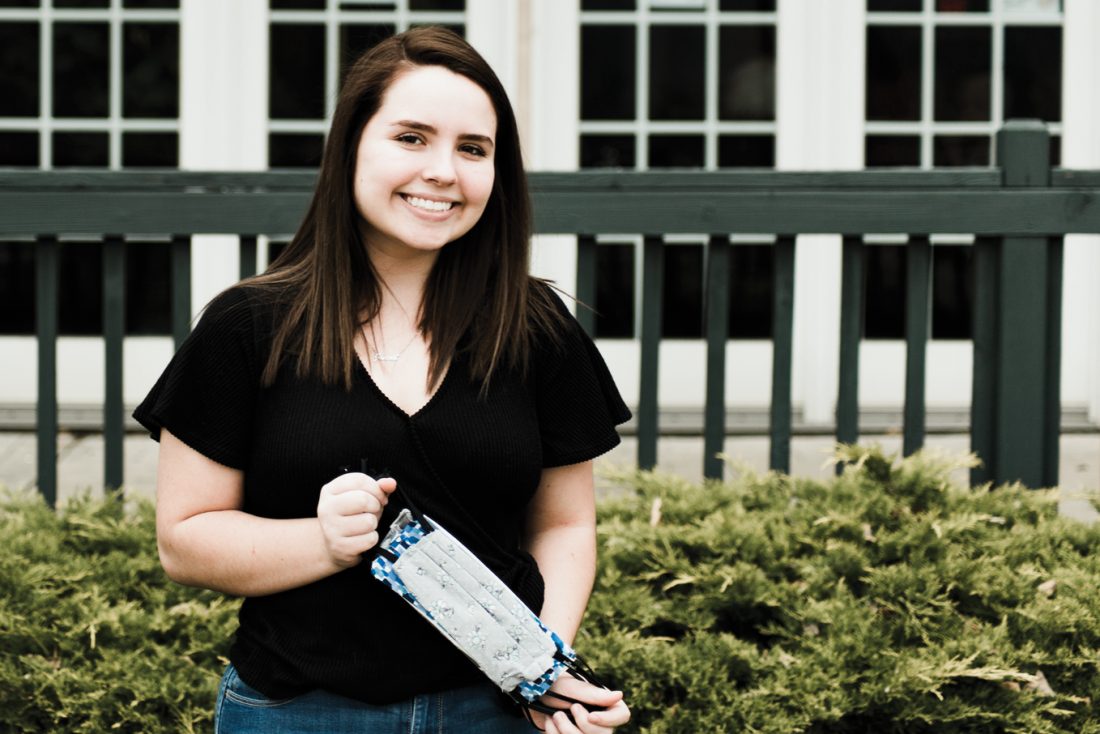 Times Observer photo by Kate Cataldo Hayley Tutmaher plans to continue helping the community and making masks as long as they are in need.

“I love each and every one of my residents here and assure them that whatever is going on in the outside world won’t affect them, and that they are safe here,” she said.

She has been spending time with the residents doing various activities like coloring, which the residents enjoy the most. She said they also enjoy a new computer bowling game, along with other games they have access to.

But, spending time with the Cambridge residents is not the only way she is helping her community.

She, along with her boyfriend Jacob Bullock and his grandmother Nancy Bullock, are making masks for those in need due to the spread of the coronavirus.

They, together, have already made and donated dozens of masks to Cambridge Warren to supply the staff and residents, and plan to continue making them to donate to other nursing homes and individuals in need in the Warren area. 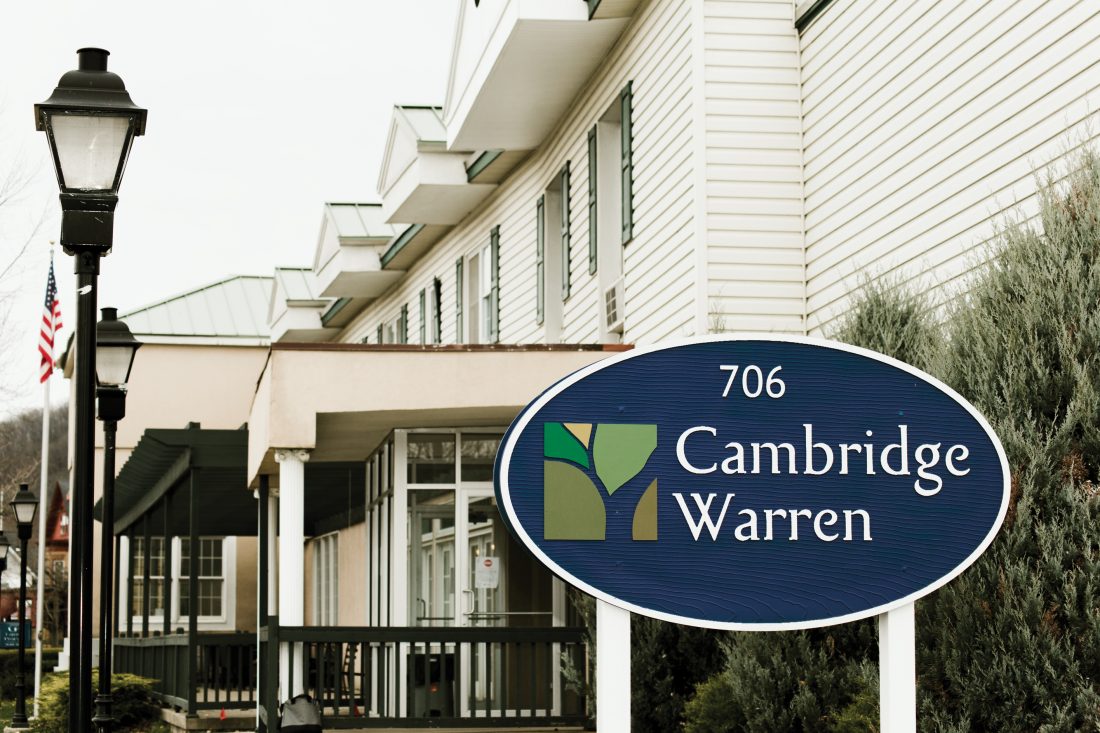 Jacob Bullock, a 2019 graduate of Warren Area High school and a local volunteer firefighter, is also being affected by the current closures. His job is detailing cars at Ed Shults and now finds himself with some extra down time, so he decided to also help with the masks.

“We really love helping those in need and we find great joy in seeing people’s expressions when we give the masks to (them),” said Tutmaher.

She and Bullock agreed in unison that they did not like the state-mandated shutdowns, but they are trying to make the best of it, and putting the masks together is helping them stay positive.

Tutmaher said that as much as she loves her job at Cambridge, she also loves making an impact and helping out in the community.

She’s a senior at Warren Area High School and plans to pursue a nursing career after graduation. She has participated in the Health Medical Assistance Class since her sophomore year, but has known since she was five-years-old that she wanted a career in the medical field. 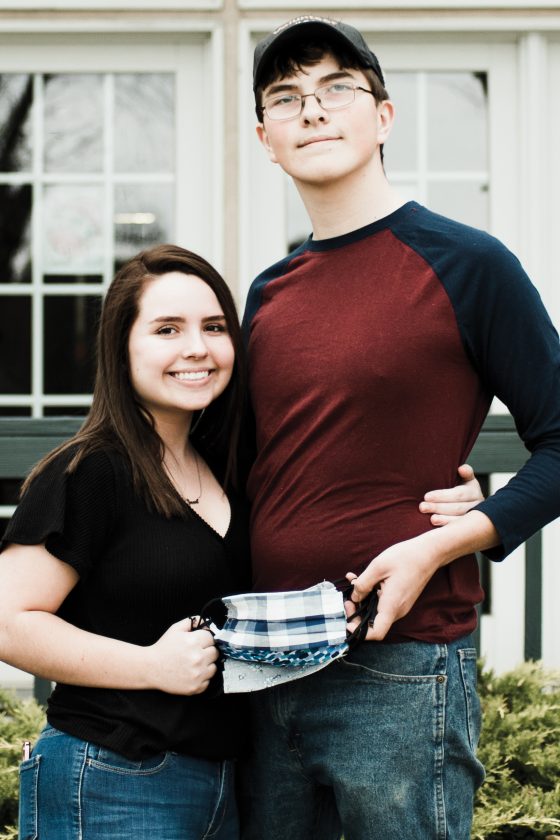 She’s not sure where she will be going to school yet, but after she obtains her LPN, she plans to work in Hospice until she goes back to school for her RN. She then plans to make a career in critical care.

Other than using her free-time to make masks for the community, she also likes to spend time with her family and friends, as well as her cat. She also favors random car rides with scenic views.