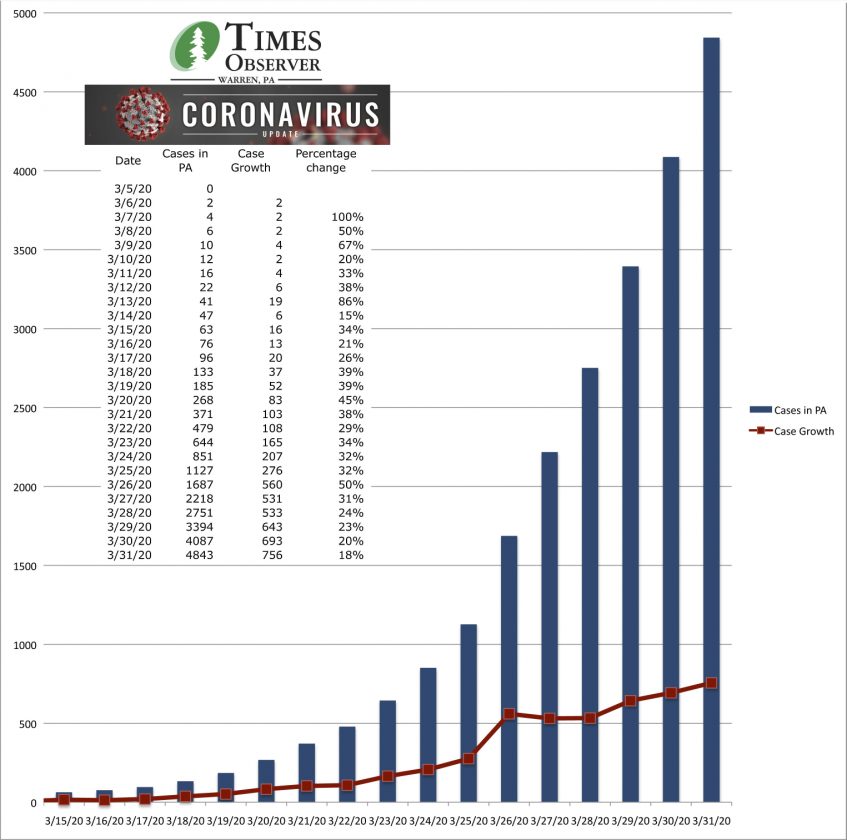 Seven new counties were added to the stay-at-home order and 756 new cases of COVID-19 highlighted Tuesday’s Department of Health briefing.

Sixty-three adults who tested positive have died and 37,645 tests were returned negative.

Levine then announced that the following counties were added to the stay-at-home order: Cameron, Crawford, Forest, Franklin, Lawrence, Lebanon and Somerset.

Several models have attempted to forecast a peak for the case counts but Levine acknowledged that the “modeling of infectious diseases is very complex” and that the department is waiting for results with updated information on a model from the University of Pittsburgh.

Forest County currently has zero cases and Crawford has just four but was added to the stay-at-home order. Levine explained there are a “number of factors that we consider” including the number of cases, the number of cases per capita, the rate of change in cases and emphasized that they take “into consideration the recommendation” of the people in the counties, including county officials and representatives.

As more and more of the state falls under the stay-at-home order, what outdoor activities will be safe?

“Going for a solitary walk… would be fine.”

There is one case in each of the following counties: Warren, Cameron, Huntingdon, McKean (Kane), Northumberland, Perry and Susquehanna.