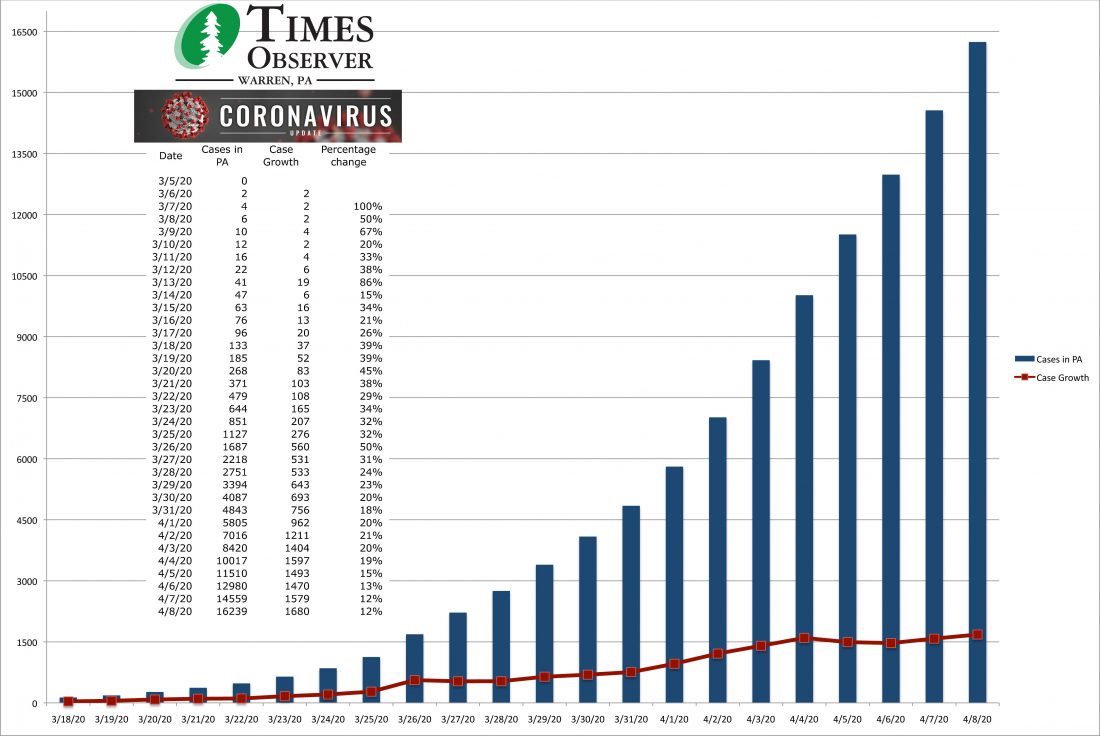 “We have seen a subtle flattening of the curve.”

While Health Secretary Dr. Rachel Levine said that is “good news,” she also cautioned that “we cannot become complacent. It’s essential now more than ever to please stay home.”

She indicated that Gov. Wolf’s mitigation efforts — stay-at-home order, business closure, school closure — “has been successful in terms of flattening the curve.”

But the state also announced 1,680 new cases on Wednesday, bringing the state-wide total to 16,239.

All 309 deaths, she said, have been in adult patients.

The state rolled out a “hospital preparedness dash board” where, Levine said, the public can can view “county-level information about how many beds and ventilators are in use and available to meet our health care needs.”

Gov. Tom Wolf acknowledged we are “no longer seeing exponential growth of new cases daily” but also added that “we do not yet have this virus under control.

“Now is not the time to get complacent. If we all continue to work together, we can push down that growth rate.”

Wolf was asked about golf courses and the decision to open trout season.

On fishing, Wolf said that “the idea was that that’s something that people can do individually, unlike golf where you actually have to go and pick up your cards and maybe actually congregate with other people.”