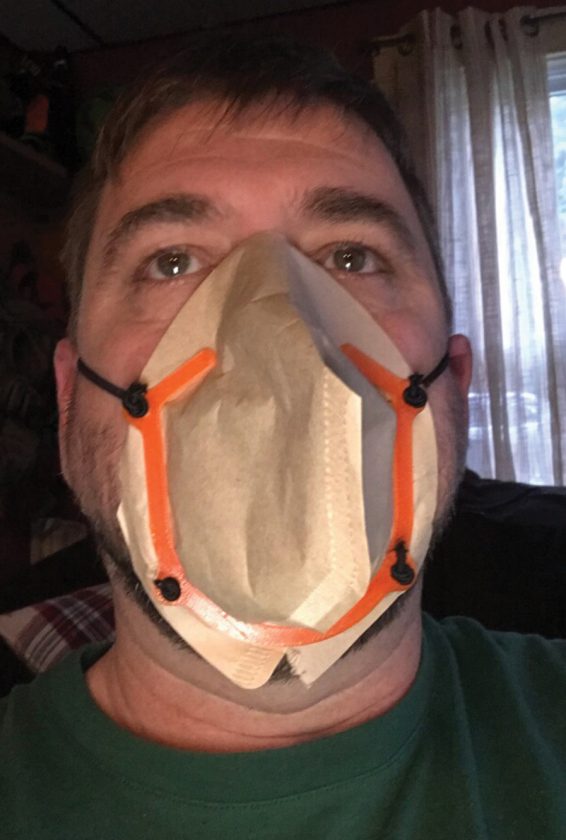 Dan Passmore has been teaching at the Warren County Career Center for 25 years.

Like other teachers, he’s being forced away from school due to the coronavirus, and has some time on his hands.

“I hate when you feel like there’s nothing you can do,” said Passmore, whose daughter, Kaylin, is a nurse on the maternity ward at Warren General Hospital.

In finding out about the desperate need for face masks at hospitals and everywhere else, he thought, “How could I make something that was kind of disposable with something easy to obtain.” 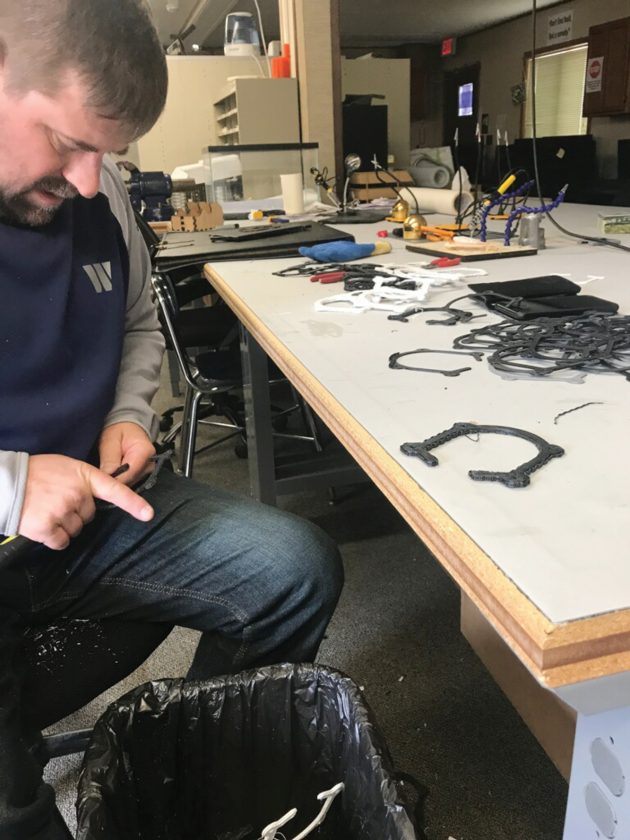 There are N95 surgical face masks that are necessary for the front lines in the medical field. But there are other kinds of face masks needed — disposable-type masks.

“So I made one,” said Passmore.

Well, at first, designed one on a 3D printer.

He came up with an idea for a frame using “materials that I already had,” he said. Of course he did some research online and came up with strap material for the frame, and thought about paper towels or some kind of material to cover your face.

“Most of the masks you see in the hospital aren’t N95,” said Passmore. “What that means is the size of the particles it (masks).” 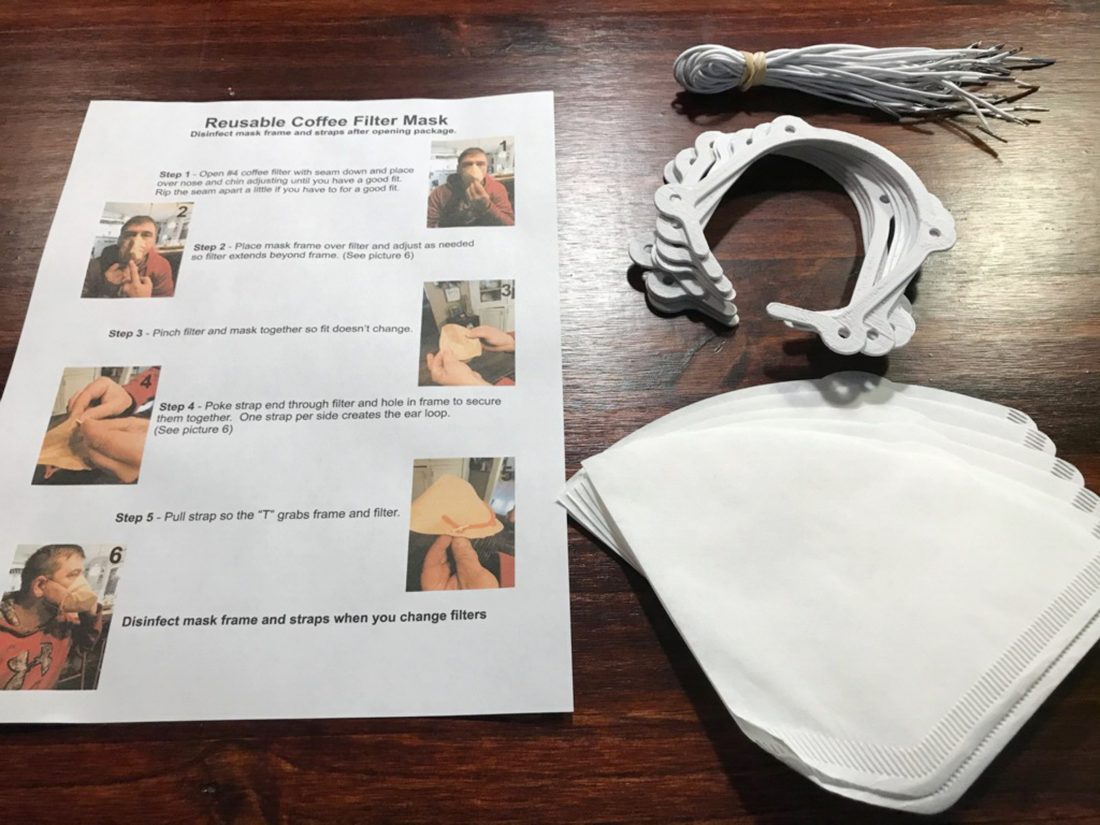 But Passmore still had to figure out something that would be a durable enough material to go along with the materials he had, and easy enough to put together and be useful.

He spent one morning thinking about it over a cup on coffee.

The idea was “to be able to make a ton of them, but the filter part could be disposable,” said Passmore. “This is not an N95 mask, but it’s better than nothing.”

Which is the current situation we are in – a shortage of face masks in the United States.

“At first, I was thinking hospital,” said Passmore, “but I didn’t give enough thought to dentist offices, for example. Barb Hoden (is a friend who works at) a dentist’s office in Jamestown; she reached out and wanted some… A friend of ours, her husband is going through chemo… A priest who is still giving confession…”

Passmore said there are applications well beyond the hospital setting some haven’t even thought of, unless they are living it.

“Every day, for the past week, (my wife) Heather and I have started our days by dropping them off to people,” said Passmore.

Though he hasn’t thought that what has happened with toilet paper and other supplies could happen to coffee filters, he didn’t want to be the cause of any shortage, so he reached out to Tops and asked if it would be a problem to order “some extras,” which Tops did.

Thus far, Passmore has delivered 500 homemade masks with coffee filters attached and instructions to replace the mask once disposed of.

“It would take 10 hours to print one of them (on my printer),” said Passmore, “and two-to-three weeks to get stuff in.”

After sending a picture of his design to Stewart and Lobdell, they agreed to help him order supplies and that he could use the empty trailer and printer at the Career Center.

“Once you’ve put them together once or twice, it gets very easy,” said Passmore.

Passmore is continuing to provide them for free as long as he can. He can be reached at dkpass22@gmail.com.

“When it clicked with me was when (New York Gov. Andrew) Cuomo said to ‘battle up’ because ‘April is going to be worse than March.'”