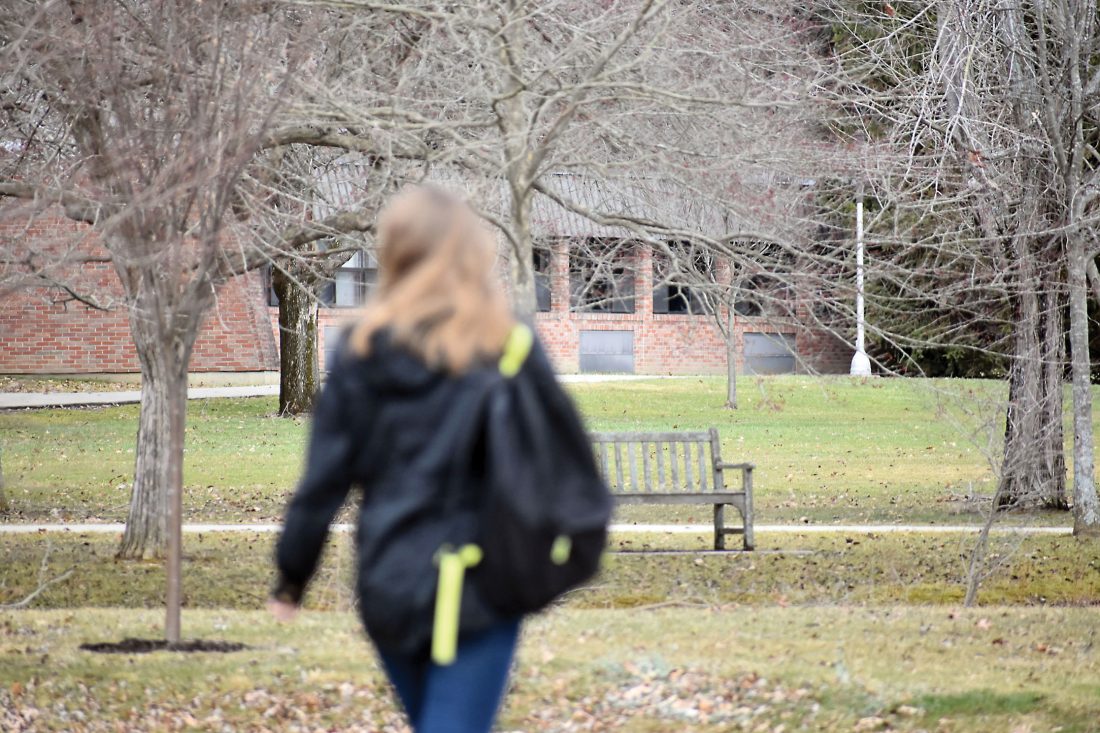 Photo submitted to Times Observer Jamestown Community College officials prepare to introduce many online courses in response to coronavirus concerns. Beginning March 19, many distant learning courses will be available for students to avoid coming to campus. The Post-Journal photos by Jordan W. Patterson.

JAMESTOWN, N.Y. — As COVID-19 continues to spread globally and many organizations and events are shut down, Jamestown Community College is preparing for a life online.

“In all of our meetings, the welfare of our students is always the No. 1 priority,” said Kirk Young, JCC Academic Affairs vice president.

COVID-19, or the novel coronavirus, cases have topped 130,000 cases globally, 1,700 in the U.S. and 400 in New York state as of Friday. The death toll has exceeded 5,000 deaths worldwide and 40 deaths nationally. However, more than half of those diagnosed with coronavirus have recovered.

Gov. Andrew Cuomo has issued various mandates to reduce the spread of the virus statewide such as limiting large gatherings to 500 people. Many of the governor’s restrictions have impacted schools within the State University of New York and City University of New York systems including JCC and SUNY Fredonia. Cuomo ordered that all SUNY and CUNY schools begin offering online alternatives by March 19 as a method to alleviate campus density to reduce the risk of spreading the virus.

Shawn Kramarich, a JCC student and city native, said he understood the steps that are being taken although inconvenient.

“I think it’s corrective measures,” Kramarich said of the impending change. “They’re trying to prevent it from spreading. I’ve recently found out it’s as close as Monroe County. There’s a couple cases up there, and they’re trying to isolate and do something about it. Granted, it’s inconvenient for a lot of students since I’ve never taken online courses and my instructors have never done an online course, but I understand the necessity for it.”

JCC officials are currently preparing as many courses as possible to be available online for students beginning March 19. However, some classes such as science labs still require students to come to the campus to receive instruction. The remaining classes will be taught through an online format. Additionally, JCC computer labs are being made available to students who do not have access to computers or internet in their dorm rooms or at home.

“All of our faculty are working to convert as many courses as possible to an online format,” Young said, adding that their efforts were in line with the governor’s and SUNY’s direction.

College students on campus Friday expressed concerns for family members and individuals around the world. However, most were not overly fearful of becoming sick themselves and wondered how the transition to mostly online classes will work.

Ally Bankowski, who is in her fourth semester at JCC and a Jamestown native, said she is not panicked but noted that switching to online classes will have take some time to adjust.

Bankowski said a small portion of her fellow classmates’ mood has changed due to the health concerns. One of her friends has asthma which raises the risk of contracting the current virus.

Bankowski will likely have all of her courses administered online excluding her labs, which she’ll travel to campus for. As for switching to online courses, she said she’s “kind of nervous.”

Zoe White, a freshman and Jamestown native, was also concerned about family members and questioned why public schools weren’t being restricted, too. Similarly, Pennsylvania Gov. Tom Wolf on Friday ordered all K-12 schools to close for two weeks beginning Monday.

Young reiterated that the restrictions on colleges and universities are simply to “reduce the density” on campuses.

Additionally, JCC will cut students loose for spring break on April 1. Young said many students who aren’t from the region usually return to their homes. However, some college officials and students are concerned about them visiting an area that has more exposure to the virus.

Young said a number of students, who are not natives of the area, in the JCC system and in the SUNY system have expressed interest in possibly remaining on campus during spring break to avoid potential exposure to the virus.

“Students are still free to go. We can’t control what students will do,” Young said, adding that some students have discussed remaining in Jamestown. “We are working to accommodate as many students that desire to remain on campus at that time.”