The final disposition of improvements to the intersection of Market St. and Pennsylvania Ave. is going to have to wait a month.

The item – roundabout vs. traffic signal – was initially to be before Warren City Council next Monday but that is now no longer the case.

In an email to council shared with the Times Observer, City Manager Nancy Freenock said that the city “was awaiting additional information from PennDOT.”

“Some information was received; however, an email was just received from James Foringer, of PennDOT, indicating that they will need additional time to assemble a detailed estimate and provide the necessary explanation of such.”

Freenock noted that Monday is a state holiday and, as such, “it will not be possible for PennDOT to provide the materials in advance of Monday’s Council meeting.”

She said that PennDOT has indicated “that it would not be an issue for PennDOT to wait for Council to address this matter at the March council meeting” given that the design consultant has halted work until council settles on an option.

“In the interest of providing the most complete and accurate information possible to Council,” Executive Secretary Teena Leary told the Times Observer on Friday afternoon, “Mrs. Freenock instructed that this item be removed from the February 17 Council agenda.”

The Pennsylvania Department of Health announced an additional 533 cases of COVID-19 in Saturday’s update. That ... 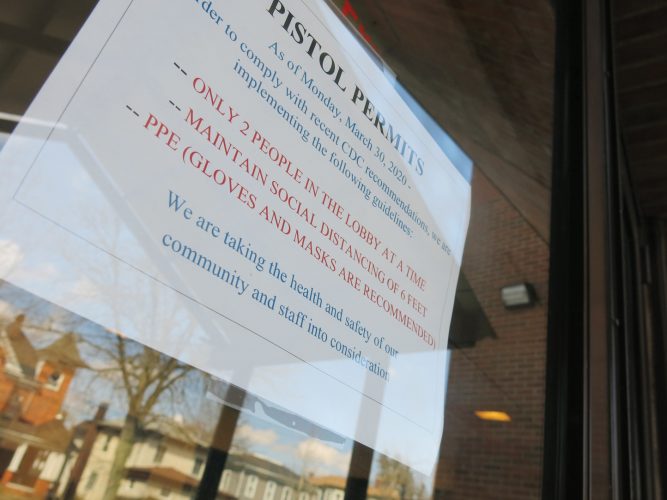 Gov. Tom Wolf has approved legislation to give district latitude to try to educate students during the COVID-19 ...

Students may not be able to go to school, but they have options. The Pennsylvania Game Commission has waived the ...

Warren City Council has settled on the roundabout option for the intersection at Pennsylvania Ave. and Market ...