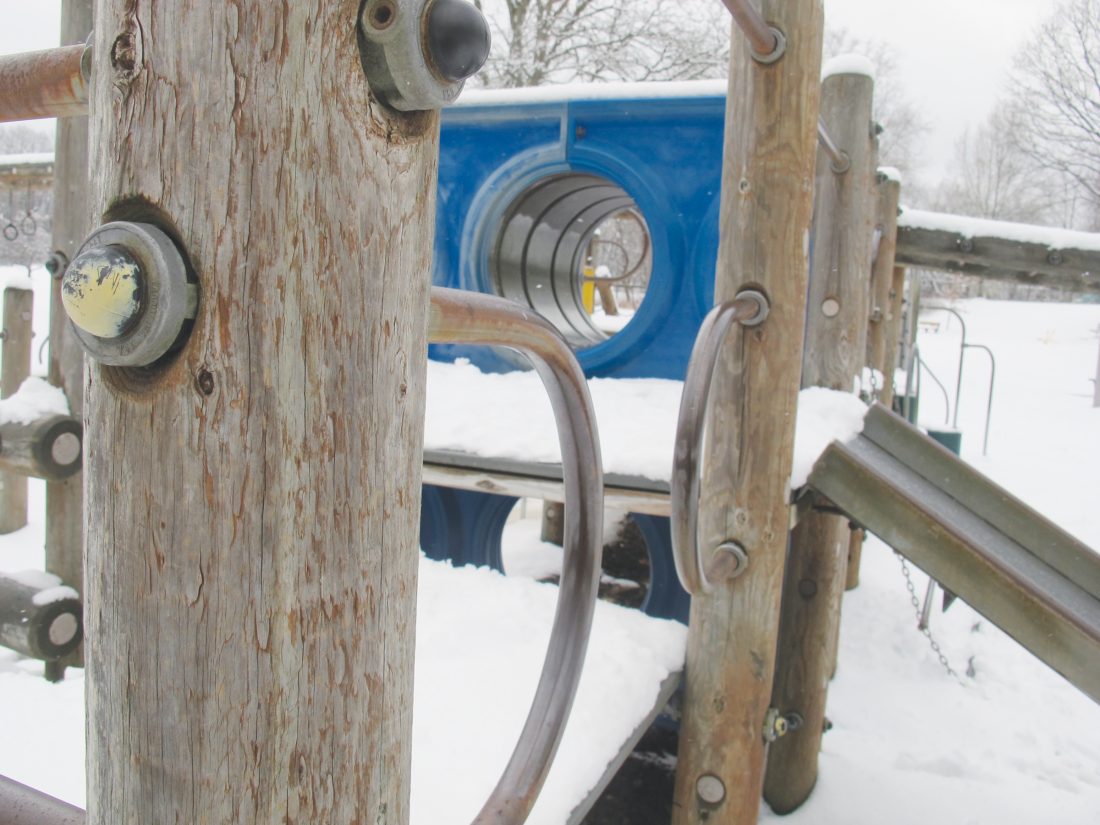 Times Observer photo by Brian Ferry The wooden playground structure at Beaty Playground in Warren will be removed next week, making way for a new, GameTime play structure.

Just because something is old, doesn’t always make it worth keeping.

The wooden playground equipment at Beaty Playground will be removed next week, weather permitting.

“The structure is going to be a little larger than the current structure,” Reinke said.

It’s not as simple as pulling up posts and removing the heavy stuff.

“We’ve got to remove all the organic material — 20 years of wood chips,” Reinke said. “We’re going to remove all that and build the area up a little bit to keep the playground from ever flooding.”

The wooden play structure sits in an area that is slightly lower than the rest of the playground.

“The demolition of the playground is going to take a couple days,” Reinke said.

The installation will not start immediately.

“Once we get the new subgrade in, we want it to settle,” he said.

The install is expected to start in April and take no more than a week. City workers will do the installation work, Reinke said. Two professional playground installers will advise on the project.

Depending on conditions, city workers may put up caution tape around the area once the demolition has begun.