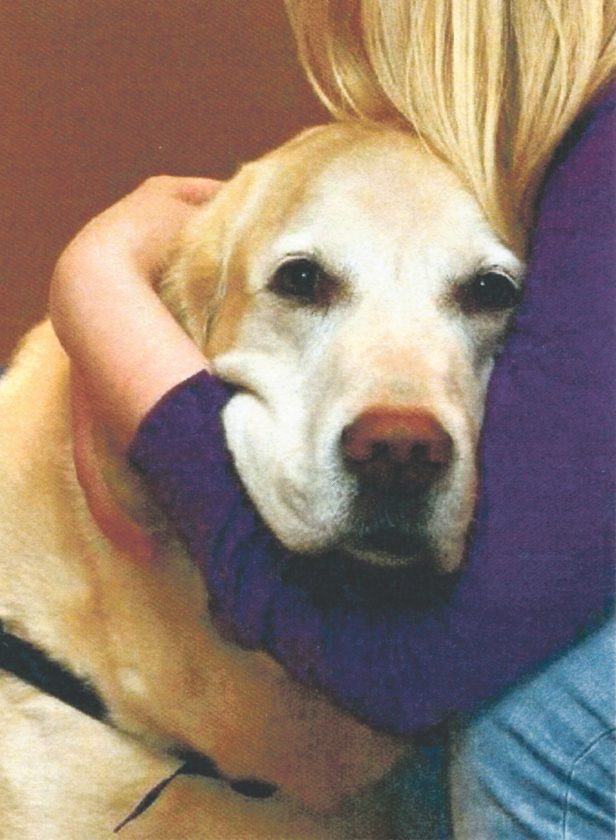 Some people need an unconditional, non-judgmental friend more than others.

The children who need the services of the Warren County Children’s Advocacy Center need any positive supports they can get.

When a leader of an entity that donates to the CAC stopped by for a visit, he was impressed.

“I had the opportunity to take the tour and learn more about the mission,” Terry Pearson of Hooktown Holidays said. “I was beginning to understand the stress that happens here. What has happened with the child and the family is more trauma than I can imagine.”

He noticed one shortcoming. 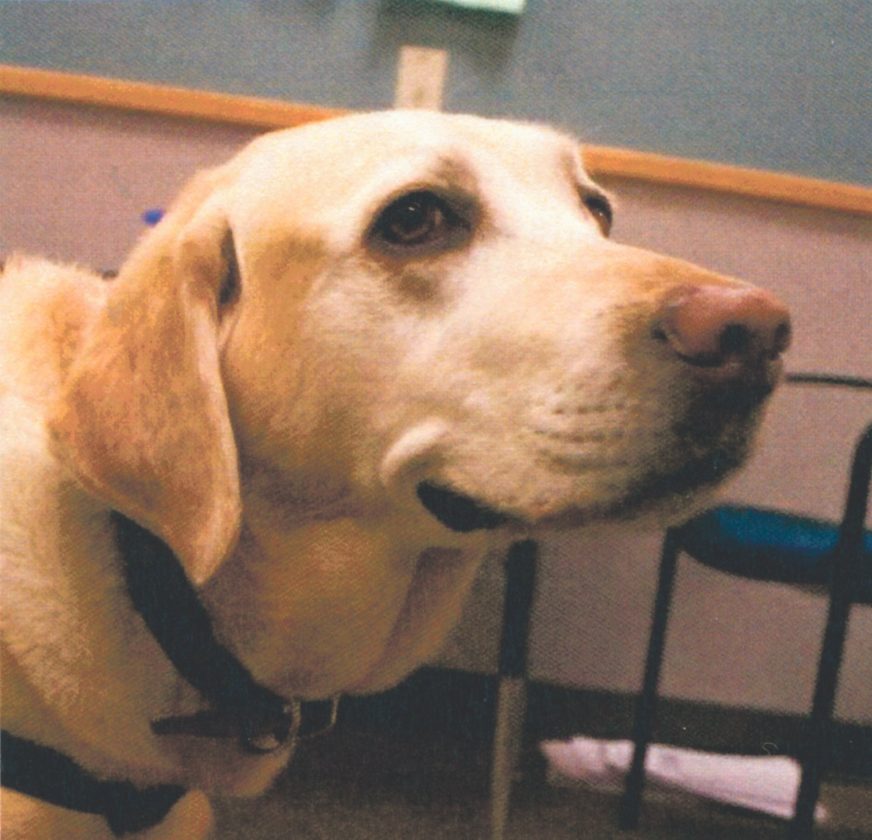 “There was not a service animal of some sort,” Pearson said. “I said, ‘You need a dog for the children that come in here.'”

“They’re coming into an unfamiliar environment,” he said. “You don’t know what the procedure is going to be. I’m sure it can be frightening.”

“If they had a dog companion… someone who can give them the love that they’re looking for,” Pearson said. “The dog is non-judgmental.”

He was not the first to think some kind of animal could have a benefit for the children. It was on new Director Melissa McLean’s wish list, but there was a lot on her plate before she could start to worry about funding, training, and finding all the necessary approvals for an animal.

“It was on the list,” McLean said. “A canine was something I had dreamed of, but hadn’t hoped for this soon.” 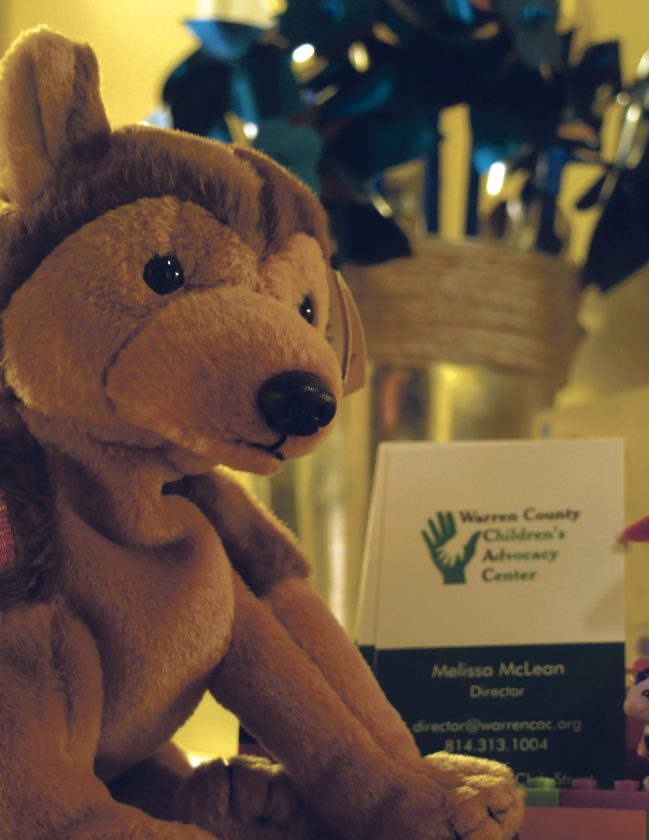 A facility animal can help a child feel more comfortable, more safe. “When children feel safe, that’s when they begin the healing process from their trauma,” she said. “It’s something they will deal with. We can’t make that go away. We can try to mitigate it. Dogs are historically known to do that.”

“This is a piece of the puzzle that has to happen,” Pearson said.

With the two main players on board, the next step was funding.

“Hooktown Holidays is a 501(c)(3) with the mission to provide food, clothing, and life necessities for children in Warren,” he said. “For me, it fits under ‘necessities in life.'”

A dog for the CAC would have to be trained for some very particular roles.

“An assistance dog is often trained for one person,” McLean said. “A therapy dog — an emotional support dog — is the kind of animal you see visiting nursing homes cheering people up.”

Those types of dogs — one highly trained and specific to one person’s problems and the other more of a happiness delivery system — are at ends of the service dog spectrum.

“Facility dogs are somewhere in the middle,” she said. “A facility dog is specifically trained and works with a handler — that would be me — to provide specific assistance to specific individuals in a wide variety of situations.”

The animal would have to provide support at the CAC and be able to handle being in a courtroom setting where allowed by the judge.

“To maintain the continuum of care for the child, it’s important that the canine be there throughout the process,” she said.

The child may testify in court. In some cases, judges have allowed facility animals to accompany children who are testifying. There are likely to be times when McLean would request that a judge allow the animal to accompany the child. She knows the dog would have to have specialized training in order to be considered for that authorization.

Unlike an assistance dog, “a facility canine has no legal rights,” McLean said. “You have to seek permission to have the canine in a school, a hospital, or in court.”

The Warren County Adult Probation department has also started down the path to obtaining a facility dog, McLean said. “We decided there was more than enough for work two facility canines in Warren County.”

McLean is looking at Assistance Dogs International as the accredited agency to provide the training for both the dog and herself.

Canine Companions for Independence and Courthouse Dogs Foundation are other groups McLean is beginning to work with and do research through.

She said the most likely breeds for the role are Labrador retriever and golden retriever. The animals must have the right combination of emotionally sensitive and calm in demeanor, she said.

Families would be informed that the CAC has a dog. In cases where the animal would not be a positive presence, it would be kenneled on site or left at home, McLean said. “It will always be up to the family whether they want to interact with the dog.”

McLean said that, even if all goes smoothly, it could be more than two years before the CAC has a facility dog.

Pearson expects Hooktown to be ready to provide the funding in one year.

In addition to the startup costs — purchase and training, Pearson plans to fund the food, equipment, and veterinary care for the animal.

The CAC canine project is not going to hijack Hooktown’s typical work.

“This function is going to run concurrently with Hooktown Holidays,” Pearson said. “This does not dilute it in any way.”

“The CAC is not diverting any funds,” McLean said. “We have to keep the doors open or this project isn’t going to work.”

There is a Hooktown Holidays CAC Project fund set up through Northwest Bank.

Once he recognized the need, Pearson had no doubt Hooktown Holidays would work to bring a facility dog to the CAC and the children who need it.

“When we see something in this community and we’re not willing to try to address it, we’re doing a disservice to the community,” Pearson said. “We’re going to try and it’s going to work.”