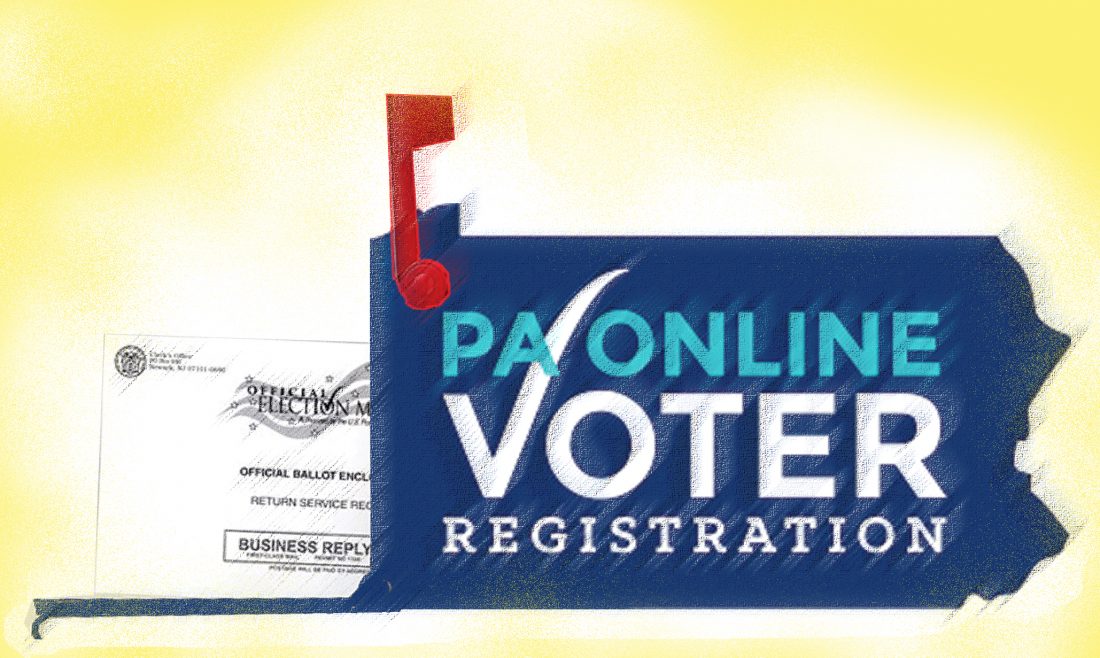 A few months after Gov. Tom Wolf signed legislation that, among other things, paved the way for mail-in voting, the state has approved online registration for mail-in ballots.

On Tuesday, “Secretary of State Kathy Boockvar announced… that Pennsylvania voters can now apply online to vote by mail-in ballot for the April 28 primary,” according to a release from the Department of State.

The deadline for county election offices to receive applications is 5 p.m. on April 21.

Those who apply, application can take less than five minutes, will receive a ballot when it is ready. Ballots must be returned to the Warren County Election Office at the courthouse by 8 p.m. on Election Day.

“Mail-in ballots are for voters who simply wish to vote by mail before election day, instead of going to their polling place on election day,” according to the Department of State. “They do not have to give a reason or excuse. They can apply online for a mail-in ballot, or download and print the application and mail it to their county election office. Voters can also apply for and vote the ballot in person at their county election office during business hours.”

“This is the first election in which Pennsylvania voters have the convenient option of voting by mail-in ballot, without having to provide a reason for choosing it,” Boockvar said. “Thanks to historic bipartisan legislation signed into law by Gov. Wolf last fall, we are making voting easier and more accessible for all eligible Pennsylvanians, including longer voter registration periods and permanent mail-in and absentee voter lists.”

Voters who apply for mail-in ballots may make the request for a year — a primary election and a general election — at a time.

And, those who so indicate will receive a reminder.

“The online application allows mail-in voters to request that their county election office add them to an annual mail-in voter ballot request list,” according to DOS. “Their ballot application will then be automatically mailed to them each year.”

The new voting procedure is generating some local interest.

Those who would like to register online are directed to www.votespa.com.