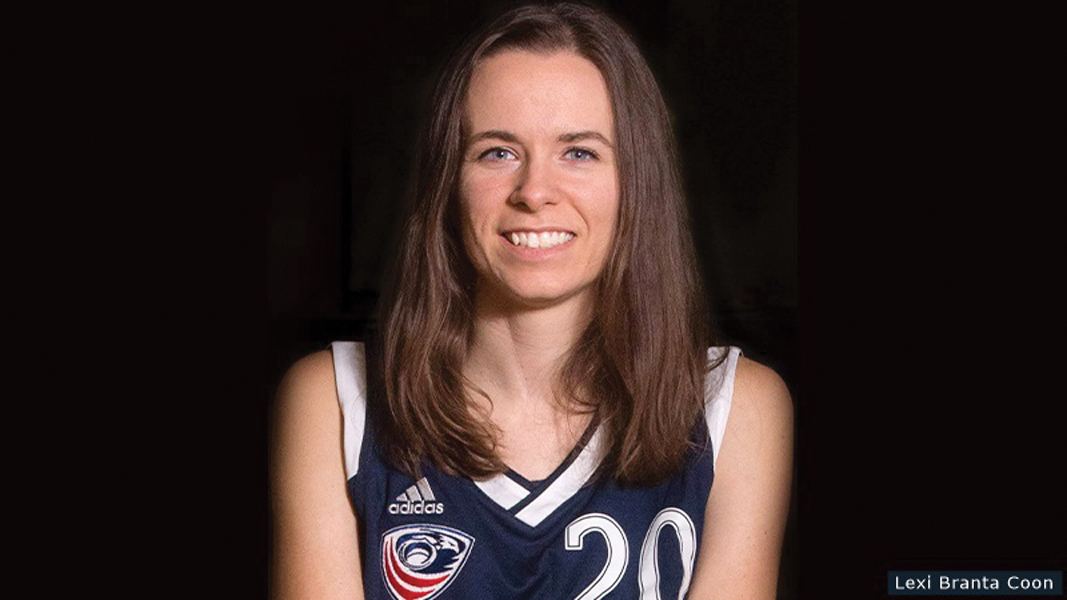 Times Observer photo by Josh Cotton (below) This week’s Then & Now features people, not places, with Pat Evans’ photograph of the 1988 swearing in by Judge Robert Wolfe, far right, of, from left, Evans, Tim Greenlund, and Jack Donaldson. Below is our current Warren County Commissioners, from left, Tricia Durbin, Jeff Eggleston, and Ben Kafferlin, sworn in by Judge Maureen Skerda last month. Evans was Warren County’s first female commissioner.

Times Observer photo by Josh Cotton (below) This week’s Then & Now features people, not places, with Pat Evans’ photograph of the 1988 swearing in by Judge Robert Wolfe, far right, of, from left, Evans, Tim Greenlund, and Jack Donaldson. Below is our current Warren County Commissioners, from left, Tricia Durbin, Jeff Eggleston, and Ben Kafferlin, sworn in by Judge Maureen Skerda last month. Evans was Warren County’s first female commissioner.

A car accident in 2010 — when she was a student at Gannon University in Erie — changed her life forever. She was asleep in the back seat when her vehicle was struck by another and she shattered her vertebrae. The spinal cord injury left her in a wheelchair. She had limited mobility in her core and arms.

“I returned to Warren for a few years to focus on rehabilitation and physical therapy,” Dunn, 29, told the Times Observer. “In 2012, I returned to college when I transferred to the University of Pittsburgh. It was once I moved to Pittsburgh that a friend introduced me to wheelchair rugby. She convinced me to come to a practice and check it out. It took a few practices, but I fell in love with the sport fairly quickly. I practiced and went to a few tournaments those first few years of playing. Due to my school schedule, it was difficult to travel often, but playing when I could was a great way to be active and have fun, while also learning a lot about living with a spinal cord injury from my teammates.”

Dunn was born in and grew up in Warren, graduating in 2008 from Warren Area High School.

“I started playing soccer in the summer YMCA program when I was six years old and continued as long as I could,” said Dunn, “eventually signing up for the Kinzua travel team and also playing for the WAHS Lady Dragons soccer team my sophomore, junior, and senior years. Outside of soccer, I participated in ski club for several years at both Beaty and WAHS, where I found my love of snowboarding. Music was also an important part of my life growing up in Warren. I was enrolled as a student at the Warren County Summer Music School program every summer for many years, and eventually worked there as an intern as well. 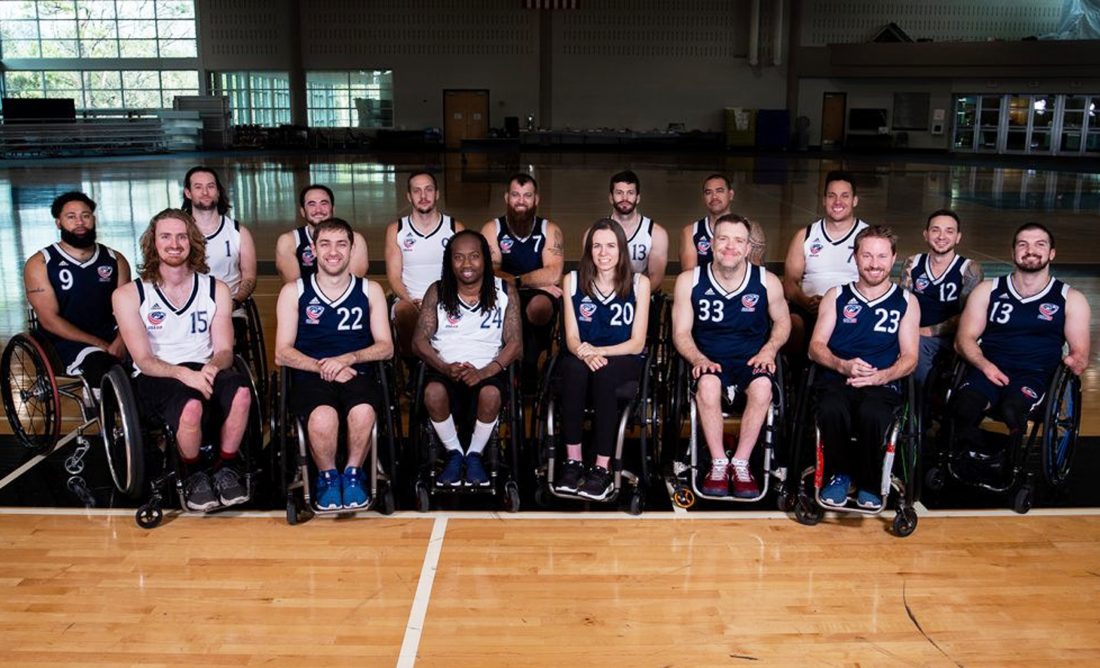 “A lot of my greatest memories of Warren include outdoor activities,” she said. “Many of those are related to soccer, but I also spent a lot of time at the Kinzua reservoir, exploring in the areas around Jakes Rocks and Rim Rock, as well as kayaking on the Allegheny. I still come to Warren several times a year, mostly to visit my father and my boyfriend’s family, but also to see friends still living in the area.”

Her love of outdoor sports prior to her injury helped lead her to the Pittsburgh Steelwheelers quad rugby team after her injury.

But, in 2017, national team and Paralympic veterans Chuck Aoki and Joe Delagrave contacted her on social media and asked her how long she’d been playing, about her classification, and whether she had any interest in pursuing the sport with the national team.

“It wasn’t until after I completed graduate school that I played more regularly,” she said. “My first tryouts for the national team were in January, 2018. I was still very new to the game at that point, and was overwhelmed at how different it was compared to playing with the Pittsburgh Steelwheelers. Since then, I have attended several development camps over the years for the national team, and in fall of 2019, I transferred to play with the Texas Stampede team based in Austin, Texas.”

Now, keep in mind, at the first tryout there was only one other female in the camp, according to teamusa.org. Last year, she was the only one, and again this year she was the only female of the 37 athletes participating.

James Gumbert is head coach of the USA Wheelchair Rugby Team and said that, although the sport has always been co-ed, there just haven’t been the numbers in the past, not only of female players but also of female quadriplegics.

“Her actions speak louder than words,” he said. “She’s extremely quiet, she’s not going to be the vocal leader, but she has heart and if she doesn’t know something she’s not afraid to ask. That’s a big thing. She is very much on the fast track of learning.”

As the sport has changed over the years and is now being played increasingly on the international stage, the numbers of women playing have increased as well; three women competed at the Parapan American Games Lima 2019 for Canada, Chile, and Colombia. Still, the only other woman who has been part of the U.S. national team in the past was Keri Morgan in 2009.

“I’ve taken every opportunity I can to learn and have continued to improve my skills,” said Dunn. “I still have a ways to go, but I am working hard every day to be the best athlete I can be. My training includes competing with my club team at tournaments all around the country, as well as attending training camps with the national team. The schedule is demanding, but well worth it.

“The most difficult aspects (of wheelchair rugby) are that the sport is a combination of many sports, making the rules more complicated to learn,” said Dunn. “Also, the learning curve that comes with competing at a high level of play with strategy and positioning are key.

“What I feel makes me good is a mix of natural athletic instincts, but more importantly being open to learning,” she said. “I’m not afraid to admit when I am unsure of what to do and I ask questions to learn how to improve.”

There were 16 athletes selected from December’s training camp, but only 12 will play for the team that travels to Tokyo for the 2020 Paralympic Games. She’s the only woman in the 16.

“It would be an incredible honor to be chosen to compete in Tokyo for the Paralympic games,” said Dunn. “To even be on the training squad is almost unbelievable. The team competing in the Tokyo Paralympic games will be announced at the end of May.”

Don’t be fooled by this quiet, unassuming, smallish woman, who happens to be a registered dietician.

She’s never stopped being an athlete.

“Even before being involved in the sport at a national level, rugby gave me the opportunity to not only be an athlete again, but also meet amazing new people and travel,” said Dunn. “There are very few females involved as athletes in the sport. Over the years, I have become close with several other females that play, and having the support of them has made a huge impact on me getting involved more and continuing to play rugby.”

You could say she currently lives in Pittsburgh, but “the recent weeks have been incredibly busy, as I have been flying to a different state every week and only returning home for a few days before leaving again.”