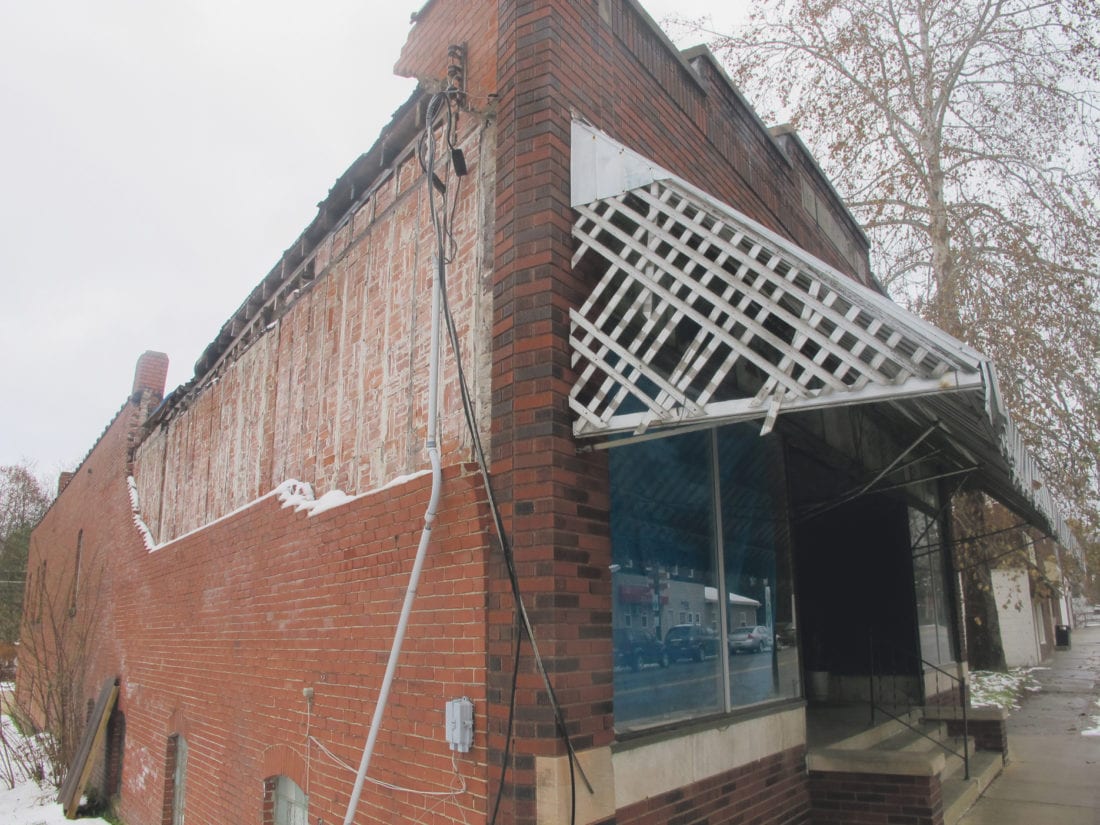 Times Observer file photo This Nov. 20, 2018 file photo depicts the property at 1 E. Main St. in Youngsville that has been the proverbial thorn in the paw of municipal and county efforts aimed at demolishing the structure after a portion of an exterior wall collapsed early last year. This year, after successfully demolishing four properties utilizing CDBG funds, the county RDA is looking ahead to future demolition projects and hopes to work collaboratively with municipalities to prepare structures for demolition.

A partially-collapsed property in Youngsville Borough is moving closer to demolition.

The property at 1 E. Main St. has been on the radar of municipal and county officials since a partial collapse a couple years ago.

A couple weeks ago, the Warren County Commissioners approved funds through the county’s federal Community Development Block Grant for the demolition.

But there are many steps that need climbed before demolition can commence.

Youngsville Borough Manager Lisa Hagberg told the Warren County Redevelopment Authority on Tuesday morning that “asbestos has been removed from the building.”

She noted that the owner paid for the asbestos removal and that the work was completed two or three weeks ago.

Hagberg said she’s fielded calls from demolition companies who have said that “using the bricks as the fill would reduce the cost…. That would be awesome (and) would lower the demolition cost quite a bit.”

But there’s always the strings with CDBG funding and Authority member Pam Matve noted that “you never know” if such a step would be permissible under those guidelines.

“There’s funding that’s earmarked for this particular project,” County Planner Dan Glotz noted, indicating it was “reprogrammed from another project in Youngsville.”

Hagberg said the borough is ready to purchase the property out of the county repository but wants to wait until as close to demolition as possible before doing so.

Glotz said this project is a “good example of partnership between the RDA and the municipality,” citing projects in Clarendon and Tidioute that have had similar coordination which helps the projects move along more quickly.