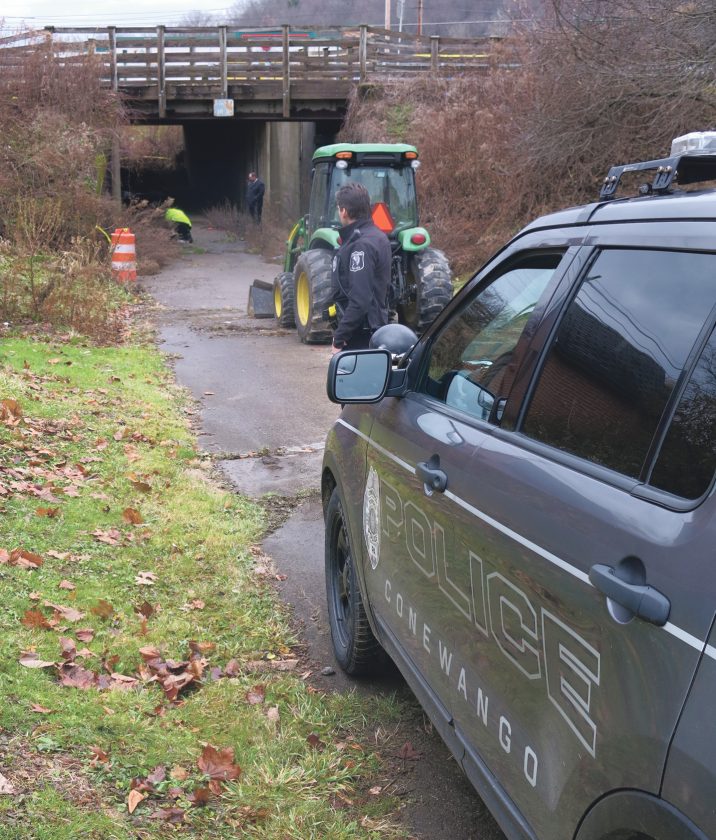 The body of a Russell man was found Tuesday morning along the Bike-Hike Trail near Warren State Hospital grounds.

According to Conewango Township Police, Martin E. Morse of Russell was found dead by state hospital personnel at 9:31 a.m. in a PennDOT right-of-way adjacent to state hospital property.

Police said Morse’s vehicle was seen stuck in a yard off of Jackson Run Road near Route 62 in Conewango Township after 2 a.m.

“It appears that after getting his vehicle stuck… Morse began walking north on the bike trail toward his current residence,” police said in a Thursday evening release. “As he was walking, he came to a bridge on the bike trail that is more than 10 feet above ground level. It appears the Morse walked past the edge of the bridge and fell.”

Morse was identified Tuesday morning and next-of-kin notified, according to Warren County Coroner Melissa Zydonik. His identity was not released publicly until later.

Zydonik’s preliminary ruling was that Morse’s death was accidental.

In addition to the coroner’s office, Conewango Township Police, and state hospital personnel, the Warren County District Attorney’s Office responded to the scene at the underpass near the Route 62 traffic signal at Commons Drive.