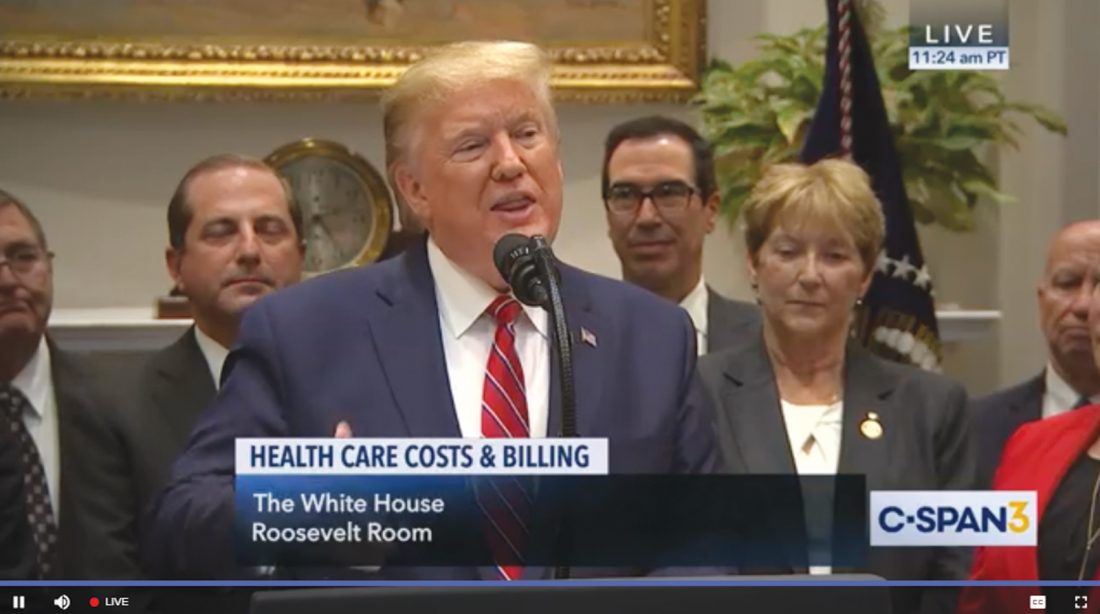 If you happened to be watching the news – or C-SPAN – on Friday afternoon, you weren’t mistaken if you thought you saw State Representative Kathy Rapp beside President Donald Trump.

Rapp was invited to the White House on Friday as President Trump announced a couple executive actions aimed at health care reform. According to Whitehouse.gov, “the Department of Health and Human Services (HHS) is finalizing a rule that will require hospitals to make prices publicly available online. Hospitals will display prices for shoppable services as a total package in an easy-to-read, consumer-friendly format.”

The administration is also proposing a second rule announced on Friday “to require insurance companies and group health plans to provide cost estimates to enrollees in advance of care. Additionally, we are proposing that these companies make a list of all of their pricing information available to the public.”

Rapp was there was chair of the Pa. House of Representatives Health Committee.

“From day one of his administration, I have admired President Donald Trump’s steadfast devotion to becoming our nation’s fiercest and most accomplished presidential protector of every child’s right to be born,” Rapp said. “As majority chairman of the Pennsylvania House Health Committee, it was a tremendous honor to stand with our president as he delivered on another one of his winning promises to the American people of lowering prescription, insurance and other major health care cost drivers by expanding patient transparency and marketplace competition across the board.”

The event on Friday was held in the Roosevelt Room at the White House.

“Bringing this back to the state level, much of what was achieved at the White House last Friday closely mirrors many of the policies and priorities comprising our Healthier PA initiative which is being advanced by the Pa. House Republican majority to increase patient affordability, transparency and access to the highest quality of medical care,” she said. “It’s great to be on the same page as our president and I am greatly looking forward to future opportunities to directly partner with the Trump administration on putting patients first.”