Times Observer photo by Brian Ferry Hannah Cox reacts as she holds half of a sheep brain.

Times Observer photo by Brian Ferry Jackson Smith (left) and Zach Guessford look over the labels they stuck into a sheep brain. 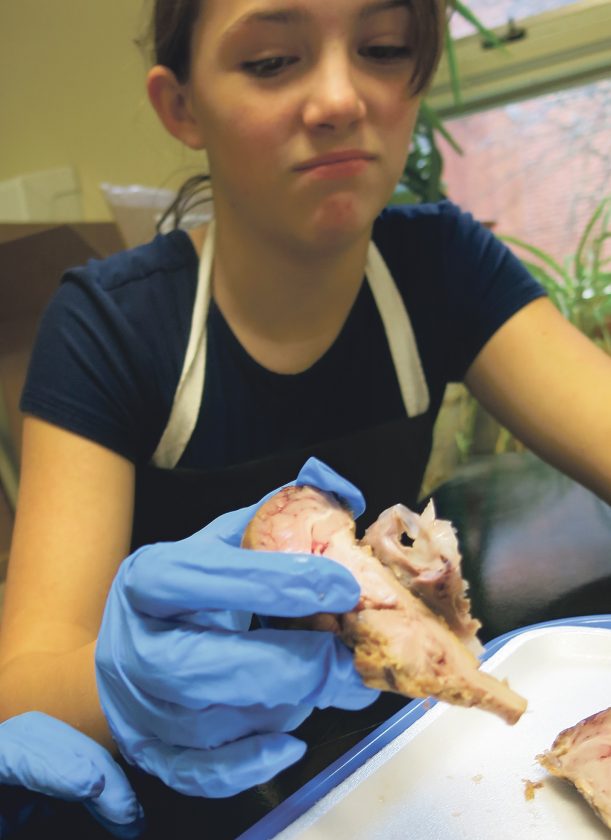 Times Observer photo by Brian Ferry Hannah Cox reacts as she holds half of a sheep brain.

A Tuesday science project at Youngsville Middle High School took on a mind of its own.

Sheep brains are similar to human brains, according to STEM Teacher Jenny Watt. Being able to look at and hold a sheep brain gave students a good comparison for their own.

“Everybody should handle the brain,” Watt said. “Hold the brain. Cut the brain. Here’s your opportunity. You need to sieze it.” 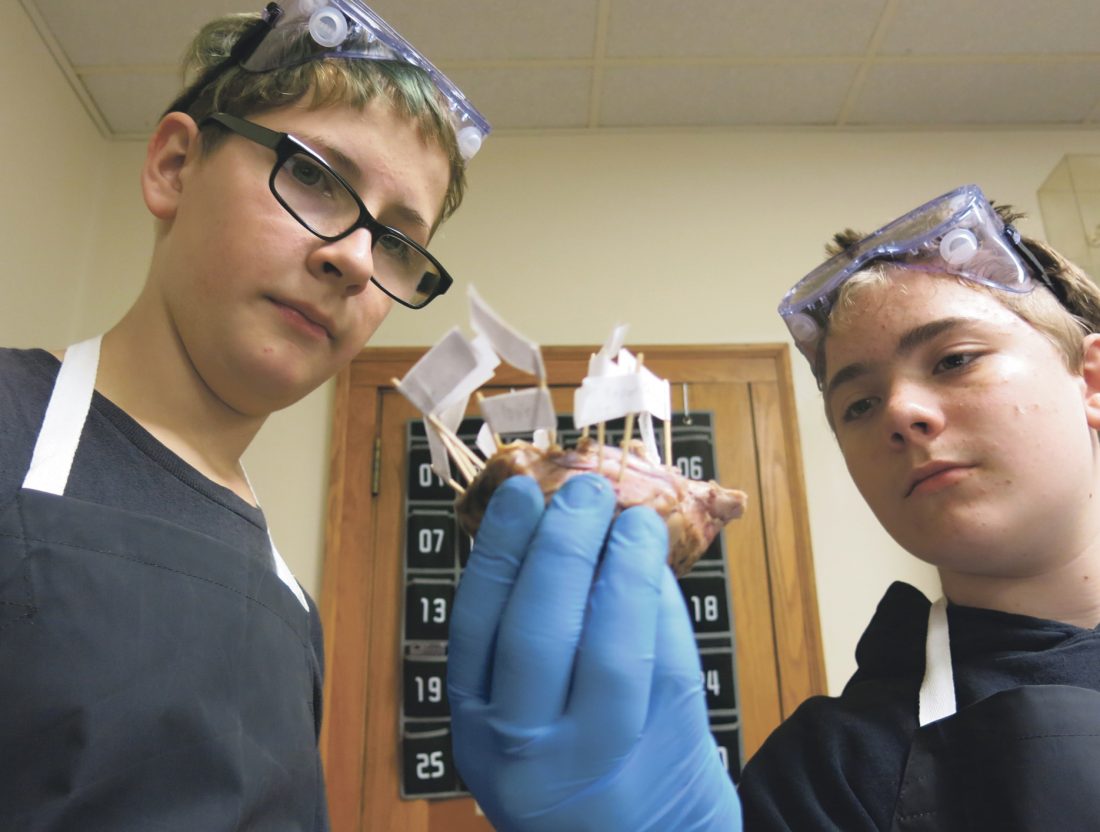 Times Observer photo by Brian Ferry Jackson Smith (left) and Zach Guessford look over the labels they stuck into a sheep brain.

Each student or group of two was given a tray with a brain, a scalpel, and tweezers. Students wore gloves and eye protection during the work.

Students were asked to find and identify the parts of the brain. They started by planting toothpick flags in the outer parts. Once Watt approved of their identifications, they moved on, making one incision to separate the brains into halves and identifying parts inside.

Students who wanted to were permitted to make additional cuts to get a little deeper into the subject.

Some students were enthusiastic from the beginning.

“It’s so cool,” Ashlee Peterson said. “It’s an experience I’ve never had before. I’ve always wanted to be in the health field.” 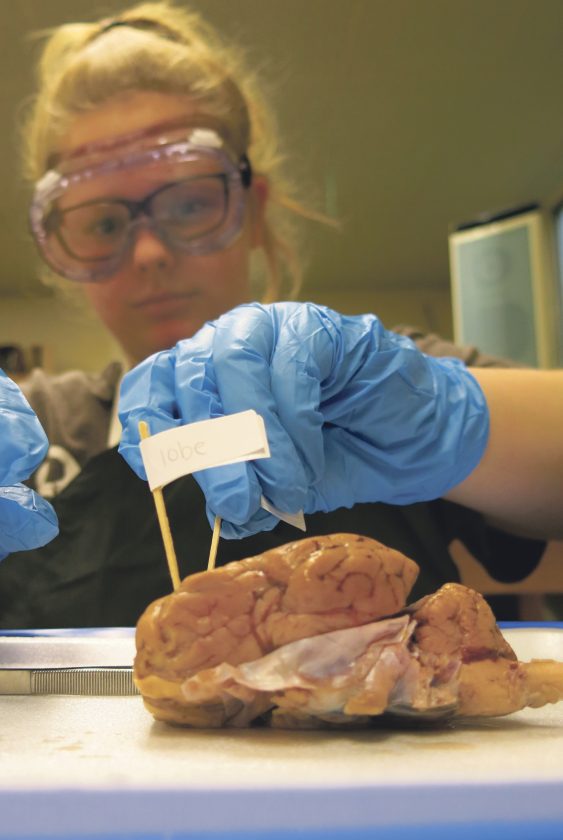 That the brain was “squishy” was not a problem at all for her.

But, many of the students had reservations. In fact, several had warned Watt that they intended to opt-out. There was an alternative to the dissection available.

“I was feeling like I was going to be sick,” Isabella Klark said. “The smell is what’s really disgusting.”

Klark had previously held a deer brain. That was easier. “I like sheep,” she said.

The brain was not Dylan Lewis’ first dissection, but he wasn’t willing to say he was looking forward to it. “It’s interesting,” he said.

In the end, every student gave it a shot.

“This is interesting… weird,” Zaylee Cressley said. But, “I can smell it right now. It’s gross.”

After making the cut, Isis Peck made a face. “It was disgusting,” she said. “You could hear it cutting. It felt like a bunch of little pops and crunches.”

Throughout the hour-long period, other students, teachers, even the principal came in to check on the sheep brains. Most, but not all, of them left quickly with disgusted looks on their faces.

But, almost all of the eighth graders declared it better than expected.

“It was fun,” Marissa VanGuilder said. “I got to experience something I never did before.”

“It was better than I expected,” she said. “I expected it to be juicy.”

Asked if juicy would have been worse, she said, “very worse.”

After the work, Klark admitted that she would rather dissect a sheep brain than “sit and read a book.”

Tome wasn’t willing to go that far. She said she would much rather be reading.

Jackson Smith didn’t commit on whether or not dissecting a brain was better or worse than a normal classroom experience. “It’s a lot different,” he said.

Watt said she had not yet told the students that there would be another brain dissection in their future. The next time, the brains will be diseased and students will look for visible signs and make diagnoses. 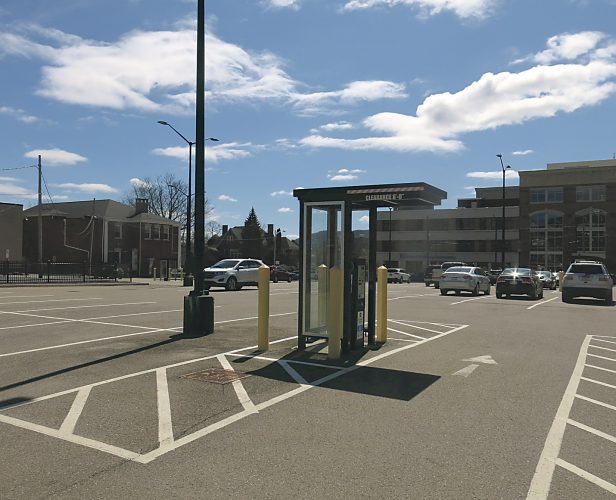 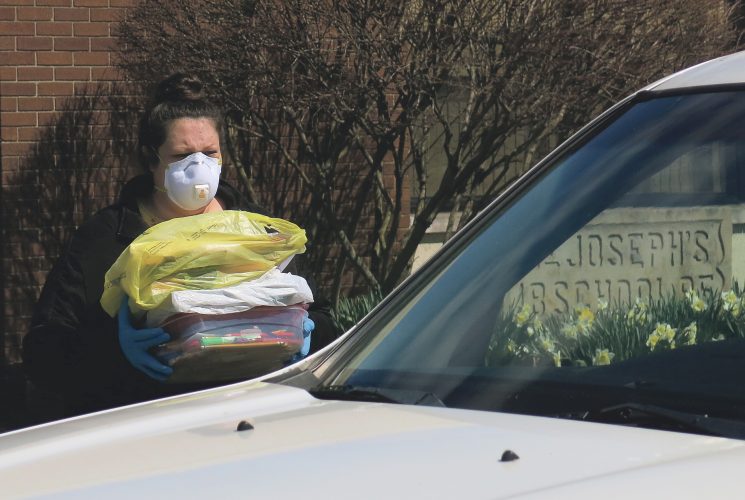 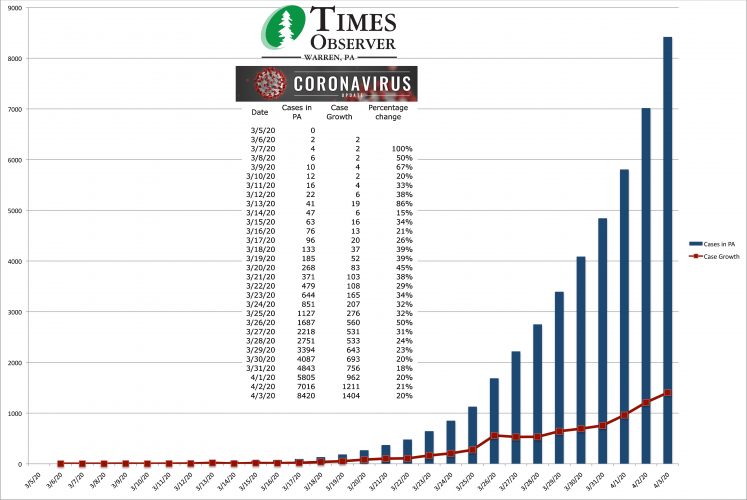