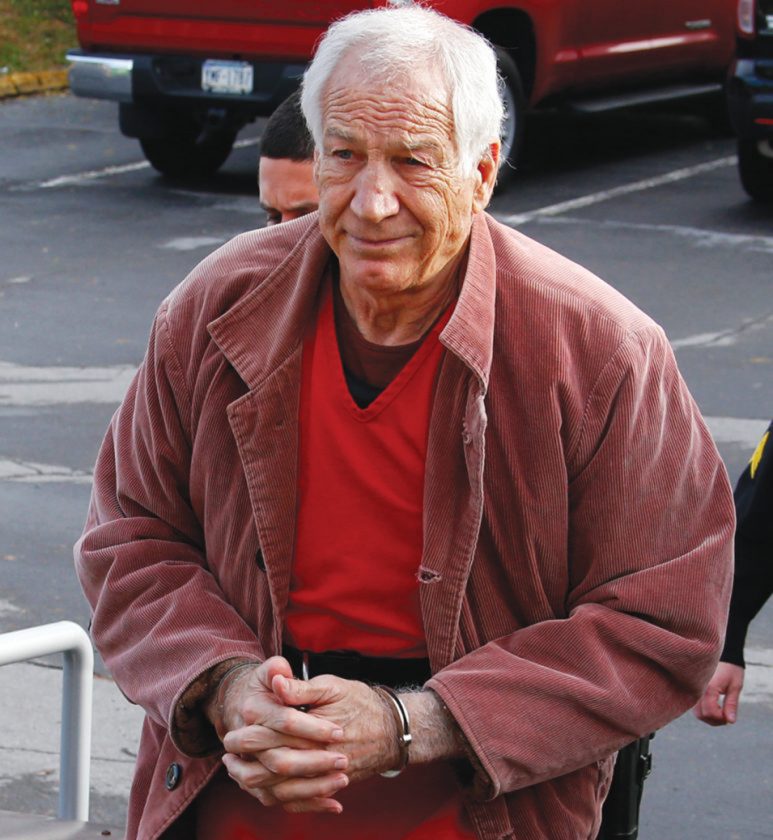 Skerda was appointed in October by the Pennsylvania Supreme Court to resentence Sandusky, who presently is incarcerated in the State Correctional Institution Laurel Highlands in Somerset County.

Sandusky was sentenced in 2012 to a term behind bars of 30-to-60 years by Judge John Cleland of McKean County.

Cleland was the judge in Sandusky’s trial in which he was convicted of 45 counts involving sexual offenses against 10 young boys, many of them associated with the former coach’s Second Mile charity in State College serving high-risk teens.

After Cleland bowed out of the case, the Supreme Court-appointed President Judge John H. Foradora of Jefferson County, who held multiple post-trial hearings but eventually rejected the defense’s request for a new trial.

In September, Foradora recused himself from further action in the Sandusky case, leading to Skerda’s appointment.

The resentencing hearing was originally scheduled for Nov. 8 but a delay was granted to allow the defense, led by attorney Alexander Lindsay of Butler, and prosecutors from the Office of Attorney General, more time to prepare.

The resentencing hearing for the 75-year-old Sandusky was ordered by the Pennsylvania Superior Court last February when it issued a 119-page opinion disposing of 22 appeal issues.

The last issue, however, was a claim that the sentence imposed by trial judge Cleland was illegal because its foundation relied on mandatory sentences, which in 2013 were declared unconstitutional by the U.S. Supreme Court.

The nation’s highest court ruled in Alleyne vs. United States that any fact in a case which increases a sentence must be submitted to a jury and found to be true “beyond a reasonable doubt.”

When Sandusky was sentenced in 2012, Alleyne had yet to be decided.

The imposition of a mandatory sentence, prior to Alleyne, was a decision made by the trial judge, not a jury.

Therefore, the legality of Sandusky’s sentence initially was not an issue, but Alleyne changed the situation.

Due to subsequent higher court rulings by the Pennsylvania and U.S. Supreme Courts, Alleyne applied to the Sandusky case because it was decided before Sandusky’s appeals were exhausted.

The Superior Court ruled the imposition of mandatory sentences in the Sandusky was illegal and the remanded case for re-sentencing.

The prosecution suggested Sandusky’s sentence could remain the same, despite the imposition of mandatory sentences.

“However, we discern no authority for the commonwealth’s suggestion that we may simply strip the trial court’s sentence of the mandatory designation,” the Superior Court opinion stated.

The appeals court vacated the sentence “in its entirety,” opening the door for today’s proceedings.

During the post-trial appeal stage, Sandusky’s attorneys challenged a plethora of issues.

They contended his trial attorneys, Joe Amendola and Karl L. Rominger, mishandled Sandusky’s well-publicized interview with sports broadcaster Bob Costas in which Sandusky denied he was sexually attracted to young boys but said he loved to be around them.

The defense challenged his trial attorneys’ decision not to seek a change of venue or venire for the trial and questioned the make-up of the jury.

They contested the decision not to present grand jury testimony by Penn State officials Tim Curley, Gary Schultz and Graham Spanier to the jury.

They questioned why the alleged Victim 2 — the prosecution, unlike the defense, contends the victim is unknown — was not called to the stand to testify on Sandusky’s behalf.

The prosecution withheld information from the defense, it was contended and failed to counter the admissibility of statements by a Penn State janitor who was permitted, through an “excited-utterance” hearsay statement, link Sandusky to the sexual abuse of an unknown youngster, known as Victim 8.

The judge who presided over many of the post-trial hearings, Foradora, found the bulk of the defense issues would not have changed the outcome of the trial.