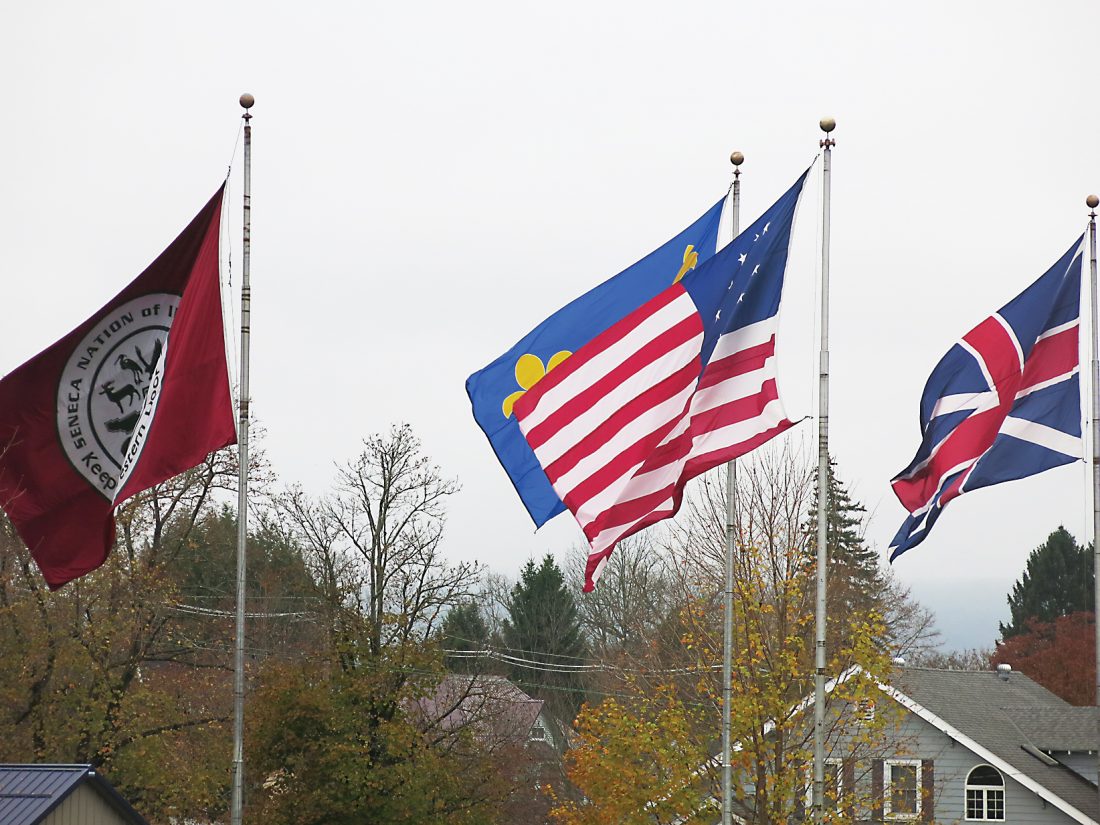 Photo submitted to Times Observer Thanks to a joint venture among Warren Elks Lodge #223, American Legion Post #135, and the City of Warren, some of the costs of the annual replacement of the flags at Four Flags are in hand. The Elks and the Legion have committed $3,500 each over two years.

There is a ceremony every spring celebrating the heritage of Warren.

At the Four Flags ceremony, held over Memorial Day weekend, the flags of the nations that have held dominion over this land are raised at Heritage Point at the south end of the Veterans Memorial Bridge at Hickory Street.

Those large flags — the Seneca Nation of Indians flag, the French Fleur de Lis, the British Kings Colors, and the American Betsy Ross — then fly until they are taken down for the winter season.

After exposure to the elements for months, those flags need to be replaced.

They’re big. They’re expensive. The Seneca flag is a custom job because the Seneca Nation did not and does not have a tradition of using flags.

In the past, service clubs donated money to support Four Flags.

When the donations didn’t meet up with rising costs, the City of Warren started contributing $2,000 per year.

Thanks to a recent agreement, there will be new flags for the next several years.

“The Warren Elks Lodge No. 223 and the American Legion Post 135 recently joined the City of Warren and local service clubs in support of the Four Flags Memorial at Crescent Park,” Warren County Chamber of Business and Industry President and CEO Jim Decker said. “The two organizations each committed a donation of $3,500 over two years to help facilitate the regular purchase of replacements flags.”