Every new beginning comes from an end 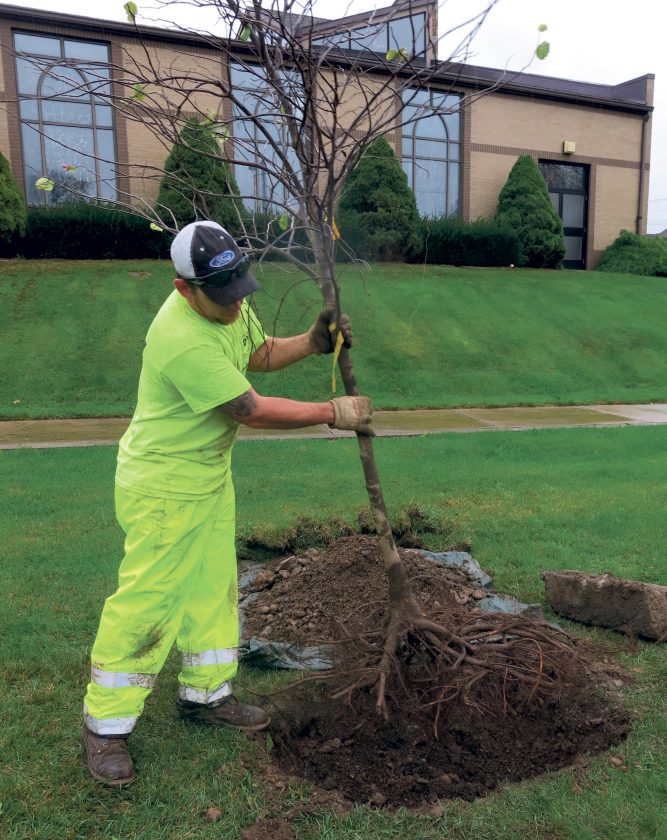 Times Observer photo by Brian Ferry Travis Loucks of the City of Warren Department of Public Works plants a redbud — one of nine trees installed at Holy Redeemer on Thursday.

Leaves were coming down. Trees were going up.

City of Warren crews began the planting of 53 street trees on Thursday.

Typically, the seasonal planting includes a number of trees going into parks, but this fall planting is exclusively street trees.

City officials identified locations of need and worked to fill them.

At South Street and Pennsylvania Avenue, there was a need for trees, but the right-of-way was not sufficient, according to Public Works Superintendent Joe Reinke.

“This intersection was an area where we wanted more shade trees,” Reinke said. “When the church approached us and said they wanted to plant some trees, we saw a good opportunity to team up and make it happen.”

Among the trees planted on the property were some larger trees — one red maple and one Cleveland select pear.

The rain on Thursday didn’t hamper the tree effort, but it may make for some additional work next week.

“We won’t be doing any leaf collection today and tomorrow,” Reinke said. “This rain should knock a bunch of leaves down.”

Residents who would like to see their leaves disappear are encouraged to get to work this weekend.

“We’ll be going full force on Monday,” he said.