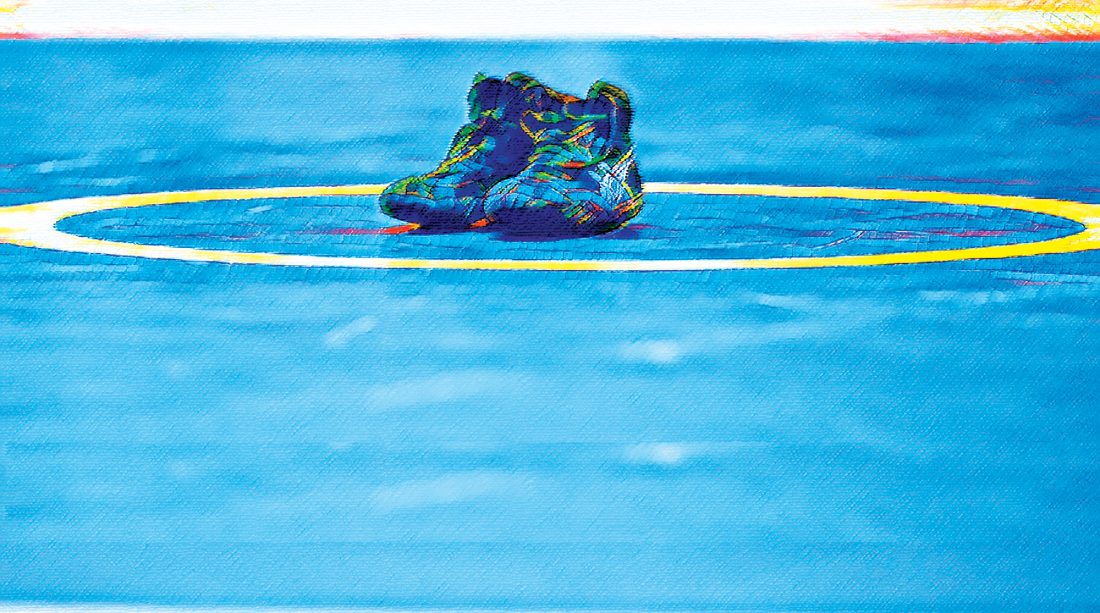 Times Observer file art Two junior high wrestling programs in Warren County School District that failed to reach the required participation numbers. According to a policy presented to the school board in June, that means those programs will not be hosted at those schools. They will become part of another district program — in this case, both join the junior high wrestling program at Beaty-Warren Middle School.

There are two junior high wrestling programs in Warren County School District that failed to reach the required participation numbers.

At the end of the online signup period, the Sheffield and Youngsville programs were in the red — not in the probationary yellow range of 8 or 9, nor above that in the green.

According to a policy presented to the school board in June, that means those programs will not be hosted at those schools. They will become part of another district program — in this case, both join the junior high wrestling program at Beaty-Warren Middle School.

“If we were to follow our procedure, their program is in the red,” board member Arthur Stewart said. “If it’s red, it’s done? It’s automatic?”

Superintendent Amy Stewart said that is how the procedure is written.

On Monday, the school board heard from coaches who said such a move would result in students not participating at all, if alternatives were not found. The coaches suggested allowing the programs to continue to be hosted at the home schools.

Four board members expressed concerns about the effects that combining the programs would have on student participation, including the future of the varsity programs at those schools.

The five members of the board who were present at Monday’s committee meetings and six who participated in the special board meeting (one by phone) Monday evening took no action. Neither Jeff Labesky, the only member of the personnel, athletics, and co-curricular activities committee in attendance — Marcy Morgan and Mary Passinger stood in on the committee on Monday — nor any other board member asked that an action item regarding the wrestling programs be placed on the agenda for the Nov. 4 board meeting.

The coaches’ arguments included the minimal cost — practices and transportation align with varsity programs that met the required numbers, that realigning with Beaty would cost the district much more, that parents forced to transport their children to or from Warren will not be able to do so and student opportunity will be lost, and that the programs need an opportunity to grow in order to keep the varsity teams vital.

The coaches said if the district follows through with its established procedure and combines the programs, the coaches will expand existing elementary level club opportunities to the junior high level.

“We will disband and move it down with the elementary program,” Youngsville Little Eagle Wrestling Club Head Coach Dave Myers said. “You’re more concerned with what is sponsored by the district. For us, it was ludicrous to mesh with Warren.”

Although it could not be put in place in time to impact the current shortfalls in Sheffield and Youngsville junior high wrestling, there is another option.

The district’s participation struggles are closely tied to its enrollment decline.

“Mathematically, we have as many opportunities for kids as we did 10 years ago,” Superintendent Amy Stewart said.

That, while the enrollment is down 20 percent. According to district records, there were 5143 students enrolled in the 2009-2010 school year. That’s more than 1,000 more than the enrollment this year.

Maintaining, and even increasing, opportunity while enrollment shrinks means the students are “spread thinner,” she said. “At some point the Band-Aid has to come off. We have to look at a system that reduces the number of sports at the schools.”

“There’s a fine line between a varsity sport and what looks like an intramural sport,” Stewart said. “Some kids want that higher level of rigor.”

“It’s just not possible to continue to do it in this manner and have sports happening at the level that they should be happening,” she said. “We have an opportunity to make some county-wide sports, so kids can come together and have quality experiences.”

“The only way you’re going to get a Warren County team… it’s not Warren, it’s not Eisenhower, it’s not Sheffield, it’s not Youngsville,” board member Marcy Morgan said.

Stewart said PIAA is not concerned with the name of the team, the mascot, the team colors. All of that is up to the district.

Officially, for playoff purposes, the team would have to carry the name of one of the district’s schools, she said, but it could be called anything in day-to-day use. And, there could be multiple county teams within a sport.

The district already has county-wide teams for swimming, tennis, and golf, but those programs carry the name, mascot, and colors of Warren Area High School.

That would give the district a year to come up with a plan and implement it at the start of a PIAA two-year cycle, she said.

No action in that regard was taken at Monday’s committee meetings. No board member asked that an item be placed on a future agenda for discussion or action.