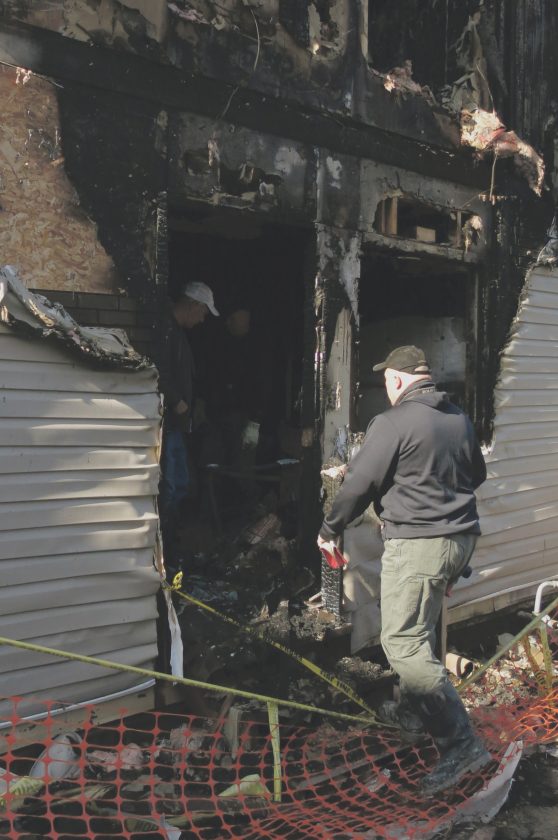 He was requested by the Glade Volunteer Fire Department, the lead agency in battling the blaze Friday night into Saturday morning.

After a preliminary look, Sider said he did not see any indication that the fire was suspicious in nature, but he was not prepared to make an official determination Tuesday morning.

“Obviously, we have a history here,” Sider said. “That amplifies the concern.”

Fire damage is still obvious from one year ago in the end unit of the apartment building next to the one that burned on Friday.

He said another factor that called for a visit from the fire marshal was that a resident was injured.

Resident Pam Cozzalio was reportedly taken to Warren General Hospital for treatment of injuries sustained in the fire. A gofundme.com account has been started for Cozzalio.