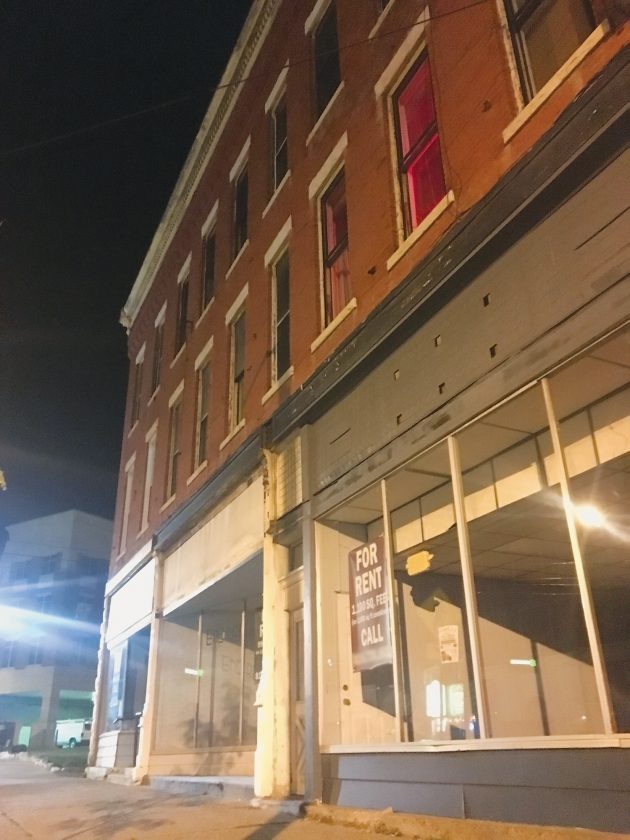 Times Observer photo by Dave Ferry Under the proposed ordinance change approved at Monday Night’s City council meeting, this strip of street-level units along Pennsylvania Ave. which are typically reserved for commercial space, could become available for residential use after the Zoning and Hearing Board makes the final determination.

Warren City Council has opened the door for residential use of street-level units in the city’s downtown commercial district.

And the ordinance change installs the city’s Zoning Hearing Board as the gatekeeper.

Terry Williams, the city’s director of codes, permitting and recreation services, told council that the city’s zoning ordinance didn’t include any regulations in this area.

So the ordinance proposal approved by council on Monday places residential use of street-level units in the downtown commercial district under the list of items that require a special exception.

That will trigger a hearing before the Zoning Hearing Board, who will ultimately make the determination.

Williams told the Times Observer that the ordinance places “all of the onus on the zoning hearing board” as the sole organization that will have “oversight on all of this.”

She noted that there is currently no one residing in street-level units in the commercial district now, so no one is immediately put in a bind by this amendment.

Councilman John Lewis asked what effect this would have on “storefront character.”

“Those decisions would be made by the Zoning Hearing Board,” Williams said.

Lewis suggested that it should be in council’s interest to have approval but City Manager Nancy Freenock noted that council can’t grant special exceptions.

Lewis said he didn’t want to see people sleeping in hammocks in front windows and said he wants “to keep the character of downtown– downtown.”

Mayor Maurice Cashman, who said he met with the Planning Commission on this proposal, said that the commission is “very, very aware that they want the architectural also to have the right appearance going forward. A lot of conversation went around that. I trust them. (They) will be making those right decisions.”

The amendment was approved unanimously.