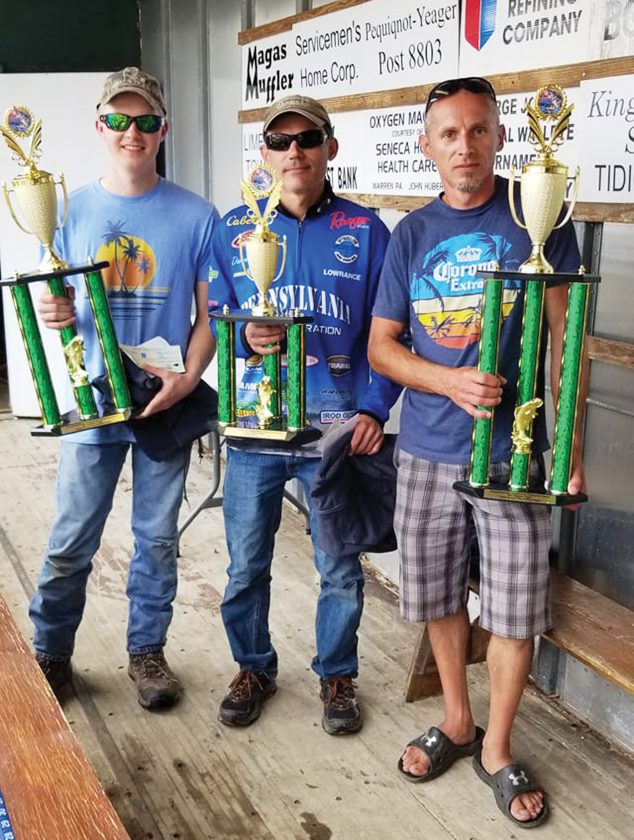 These three were among the tournament finalists Sunday after fishing began at 12 a.m. Saturday for a qualifying round. Scales were open from 5 a.m. to 8 p.m. Saturday.

The 2019 male and female recipients of the tournament’s Community Service Award were Dave Manning and Helen Williams, respectively.

A total weight of fish from Saturday and Sunday, including junior angler totals, was 691.21 pounds. 264 fish were brought in through the weekend.

“Our championship tournament not only includes 60 miles of the beautiful Allegheny River, but also the waters of the Kinzua and Tionesta Dams,” according to the Pennsylvania State Championship Fishing Tournament, Inc. Facebook page “This tournament was initiated in 1959 by a group of local fishermen and has grown through the years to become one of the largest fishing contests in the northwest portion of Pennsylvania. What started out as a local fishing contest 60 years ago has become a widely attended and respected event throughout the region.”

For the 31st year, this tournament has been catch and release.