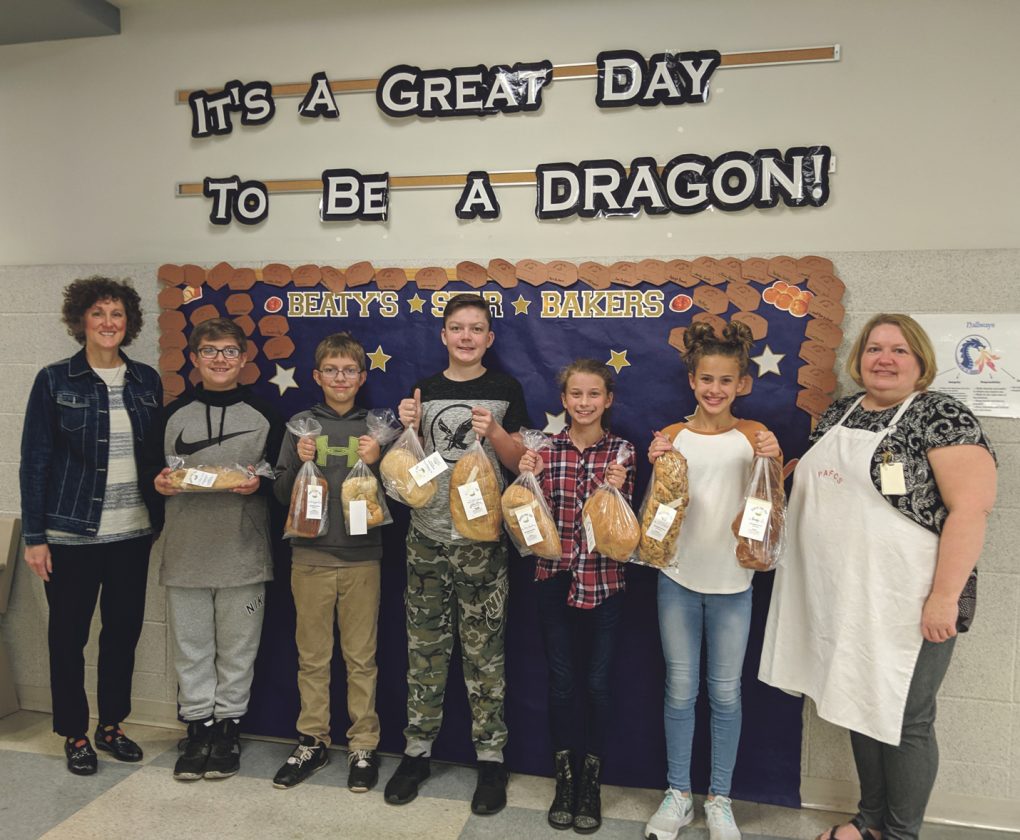 If you closed your eyes in the lobby of Beaty Warren Middle School on Tuesday the smell might have transported you to a kitchen where a grandma had been busy stirring, kneading and baking all day.

Even Betty Crocker’s grandma would have found it challenging to bake 123 loaves of bread. But it was a piece of cake for the sixth grade class at Beaty Warren Middle School. Not only did they bake 123 loaves, some of them were in the form of rolls and others were even twisted with spices added. All were “doughnated” to local soup kitchens.

There are a total of 166 students in the sixth grade class, according to Family and Consumer Science teacher Ruby Pope. She anticipated maybe half of class would take part in the “Bake for Good Kids Learn, Bake, Share” program. She was thrilled when at least 123 loaves, rolls, buns and more started pouring in.

It seemed clear that these students didn’t spend their weekend loafing around. The process of creating a loaf of bread takes about 3 1/2 hours, Pope said.

The program was made possible through a grant from King Arthur Flour, according to Pope. A Bake for Good Kids (BFGK) instructor came to the school to hold an assembly. The students learned the math and science of bread-baking and took home kits to create a loaf of bread to keep and one to donate. Each kit contained a bag of unbleached flour, a bag of whole wheat flour, a BFGK recipe booklet, a packet of yeast, a dough scraper, a bread donation bag and twist tie and a totebag.

In addition to helping feed their neighbors, each student got to keep ingredients to make their own creation. “A lot of kids said they made pizza or cinnamon rolls,” Pope said. One student said she was saving hers for a special occasion. “We’re making ours on Thanksgiving,” Ryleigh Bowers said. “That’s cool,” Pope responded. “Breaking bread on Thanksgiving.”

The bread donated this week was distributed to the St. Joseph Church Soup Kitchen, the Salvation Army Soup Kitchen and the First Presbyterian Sharing Place.

Betsy Williams, with the St. Joseph Soup Kitchen, was on hand Tuesday to pick up donations. She had shared the news of student-baked bread being served with this week’s meal. “They are so excited to try it,” she said.