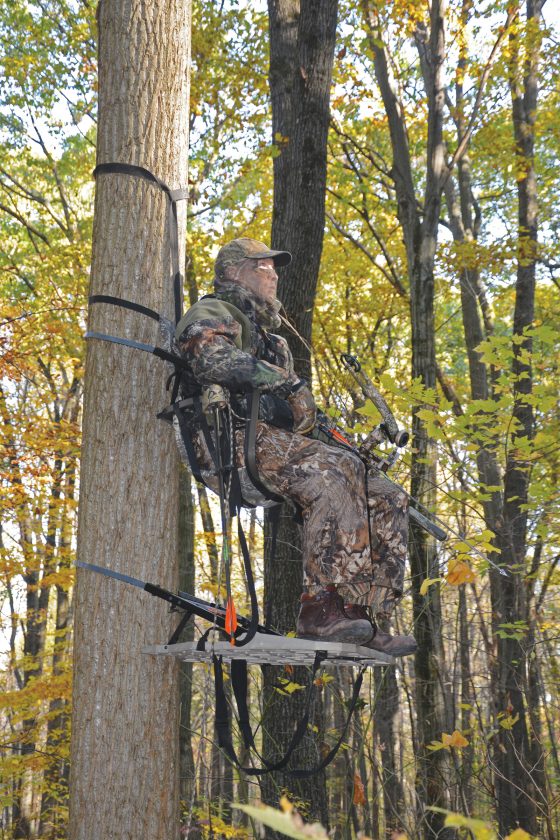 Photo courtesy of the Pennsylvania Game Commission website A 70-year-old Watson Township man who fell from his tree stand while preparing for archery season has been hospitalized in Erie. Warren Wildlife Conservation Officer David Donachy said this is “an important reminder to look at equipment before reusing.”

A 70-year-old man prepping for archery season, which opens Oct. 5, fell from his tree stand Tuesday in Watson Township and is hospitalized in Erie.

Warren County Wildlife Conservation Officer David Donachy said the hunter’s tree stand had dilapidated from being left out year-round and broke. The hunter, who was not identified, crawled a short distance from the stand before being found after some time by family members. The Pleasant Township Volunteer Fire Department responded.

In recent years, the Times Observer has published stories regarding hunters with serious injuries, and even death, resulting from falls from tree stands, so Donachy called this “an important reminder to look at equipment before reusing.”

He said stands and blinds may be placed no earlier than two weeks before the first deer season in the state wildlife management unit (WMU) being hunted, and they must be removed no later than two weeks after the close of the last deer season in that WMU. Tree stands and blinds are required to be marked with information identifying their owners to address the problem of the stands too often becoming permanent fixtures on some of these properties. When stands are placed out earlier than allowed on state game lands and Hunter Access properties, or are not removed as required following the close of the final deer season, the stands may be taken down by Game Commission personnel.

But even on private land, hunters should be careful to inspect stands before reusing.

Donachy said the issue with tree stands being left out permanently is they and/or the tree weather and become compromised. He told of examples in which the metal rusts, belt straps weaken, or trees deteriorate.

He said the frequency of hunting accidents is increasing, predominantly “involving the use of alcohol.”

And many tree stand accidents don’t even fall — no pun intended — under the umbrella of hunting accidents documented by the Game Commission, according to Donachy.