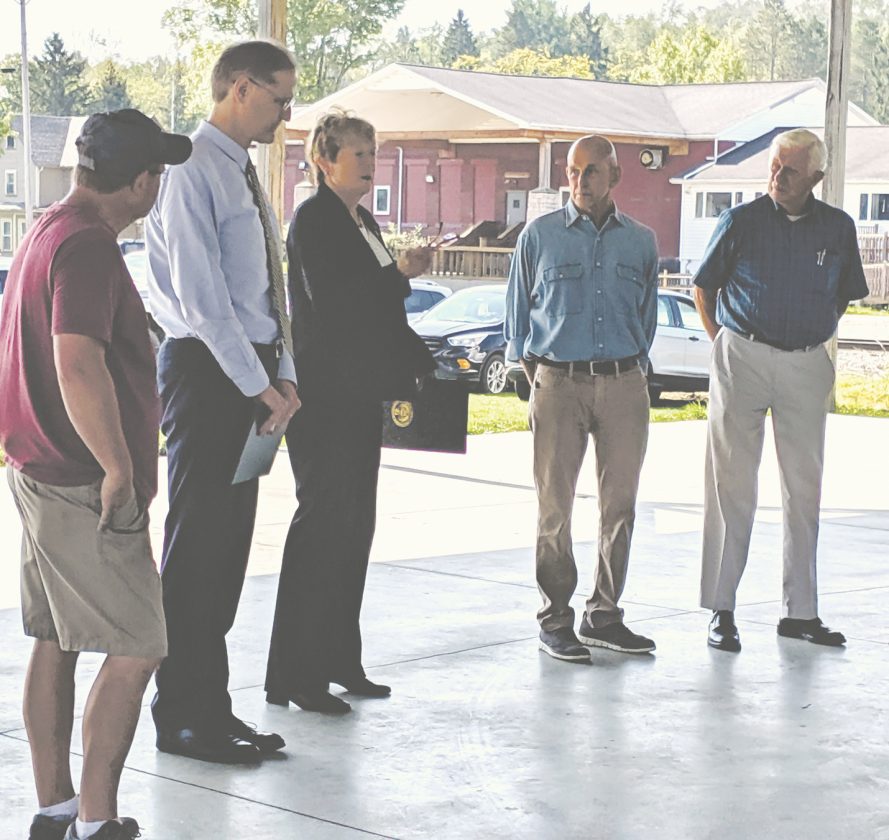 A brief turn off the main drag in Clarendon on Wednesday led to the aroma of hardwood and the sound of applause as a group of people who have had an impact on a local business joined government officials to celebrate a milestone.

Bingaman Lumber in Clarendon marked 25 years since the Clarendon facility broke ground. The occasion was acknowledged with citations from the state’s Department of Agriculture, House of Representatives and Senate.

The crowd gathered to celebrate on Wednesday included current and former staff, people who helped construct the facility, suppliers, vendors, government officials and others who had an impact on the business throughout the years.

Mark Critz, western regional director with the Pennsylvania Department of Agriculture, presented the first citation from Secretary of Agriculture Russell Redding. Critz recognized the longevity of the Bingaman family business and its significance as an agricultural enterprise in the Conmmonwealth. Bingaman & Sons Lumber marked the 50th anniversary of its origin in 2018.

State Representative Kathy Rapp told those gathered that she has learned a lot about the timber industry. As she read the citation from the House of Representatives, she noted Bingaman’s “contribution to the well-being of the community” and a bit of the company’s history.

Carson Bingaman started selling Appalachian hardwoods in the 1930s when he added lumber to his line of general store products.

His clientele at that time were anthracite coal mining companies in neighboring counties that used the lumber to shore up mine shafts.

Bingaman’s lumber sales evolved into a full-time business and he began supplying cabinet, flooring, and furniture manufacturers with wood purchased from local sawmills.

Rapp added that today the company has grown to two lumber yards and three sawmills. She acknowledged the company’s strong growth and “tradition of excellence.”

Hutchinson borrowed a sentiment from Critz as he described the occasion as a celebration of natural history. “We’re using what God gave us,” he said.