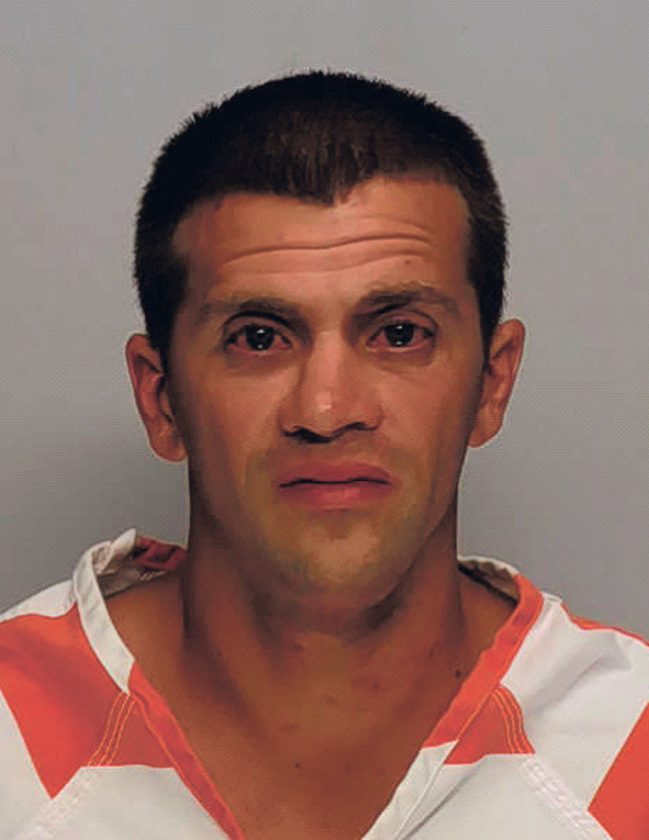 A Garland man who faced numerous charges from a September 2018 incident in which he threw a hatchet and threatened to kill the victims will stay in county prison.

Christian S. Iverson, 38, was before President Judge Maureen Skerda, who handed down the sentence on Friday.

The charges stem from an incident in September 2018 when police were dispatched to Dunn’s Eddy Road in Brokenstraw Township for a possible home invasion. On their way to the scene, police said they were informed that the suspect was using a weapon and attempting to enter the residence, as well as “screaming he was going to kill the victims.”

As they reached the scene, police said they saw a white Ford F350 heading toward them at a high rate of speed in the wrong lane of travel and refusing to move over for the oncoming officers, who swerved to avoid hitting it. After turning around and pursuing the truck for about one mile, police said, it committed “numerous traffic violations” before it struck “approximately two mailboxes and one yard ornament” and then swerved into the woods on the north side of the roadway.

That, police said, is when the vehicle struck a tree and the driver fled on foot.

Police interviewed the victims, who told them that Iverson had arrived at their residence and had driven through their yard, striking additional mailboxes and causing damage to multiple yards belonging to other people. Victims told police that Iverson “appeared to be highly intoxicated.”

After driving through the yard, witnesses told police Iverson then got out of his vehicle with a hatchet and “began yelling that he was going to kill them.”

At that point, witnesses went on to tell police that Iverson “broke all the lights on the exterior of the residence to avoid detection.” He then proceeded to use the hatchet to break windows on the garage door, threw the hatchet at windows on the second floor of the residence where victims were located, and punched the windshield of his estranged family member’s car, breaking it and causing his hand to bleed.

Iverson then “attempted to enter the residence several times.”

Iverson fled again before police discovered him and “had to use substantial force, namely a taser, to effect the arrest.”

Fast forward to March 2019, and Iverson and his wife, Camille, were charged with intimidation of witnesses or victims.

The Iversons told the victim to sign a letter “as if he had written the letter himself,” according to the affidavit.

Iverson’s attorney, Alan Conn, said Iverson is very sorry about what he has done and has been a long-time alcoholic but is not “doing extremely well” and is participating in all available drug and alcohol meetings and mental health meetings in the jail.

Iverson said he wanted to express his apology in an open courtroom and said he has been “using his time wisely.”

He described this incident as his “rock bottom” and credited educational options in the jail for helping him change how he thinks.

Skerda noted he had a long period without criminal behavior before this incident and highlighted all the work he has done in the jail.

“You picked things that would help you,” he said, noting that his responses in the educational offerings indicate that “you recognize what you need to do. That’s rare.”

She noted that he also submitted a proposed treatment plan to her.

“I balance that with what actually occurred,” Skerda said, noting that she crafted a sentence that is “appropriate.

“Initially, I intended to send you to the state,” she added, but said his “mammoth” recovery efforts show that he “really took seriously what was going on.”

He was then sentenced to 11 months, three days, to 23 months incarceration, nine years probation, $4,745 in restitution, $2,835 in fines and fees, participation in the alcohol highway safety school and victim impact panel programs, to undergo a drug and alcohol evaluation and follow through with treatment, a 12 month license suspension, 255 hours of community service, work release and early re-entry eligibility, submission of a DNA sample, participation in the COG program and credit for 176 days time served on the following charges: Criminal trespass, flight to avoid apprehension, trial or punishment, DUI: Controlled substance/impaired ability – first offense, simple assault, resisting arrest, loitering and prowling at night time, criminal trespass, driving vehicle at safe speed, reckless driving, operation on private property without consent and theft by unlawful taking.

Skerda said the sentence gives him one last opportunity if he is serious about his recovery and said he would face a “likely state sentence” if he violates the provisions.