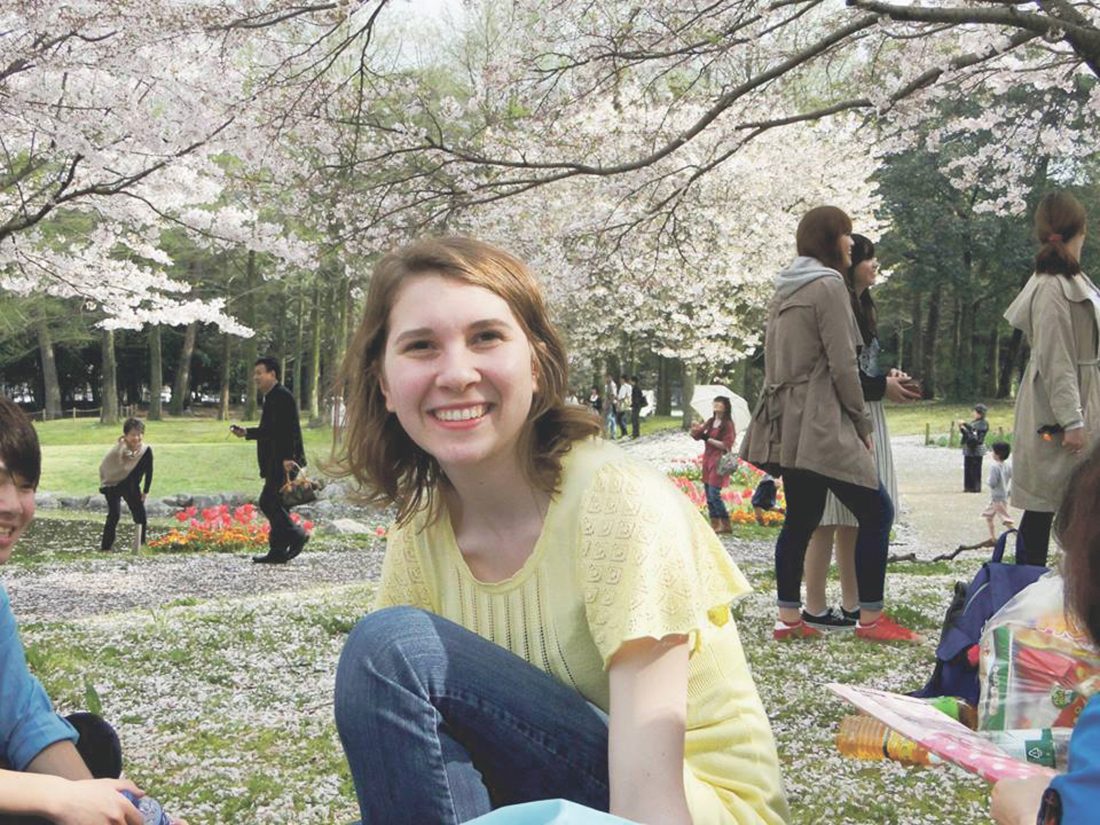 Terra LoPresti was 17 when she first went to study in Japan as an exchange student.

Eight years later, she lives in Beppu, Oita, and it has become a part of her.

From Sugar Grove she was home schooled most of her childhood and graduated from the Pennsylvania Cyber Charter School in 2010, one year early.

“I watched anime in Japanese with (English) subtitles and fell in love with the language, and had a passion to speak it myself,” said Terra. “I felt that, even if I took classes here, I wouldn’t reach the fluency I wanted unless I forced myself to use it.” 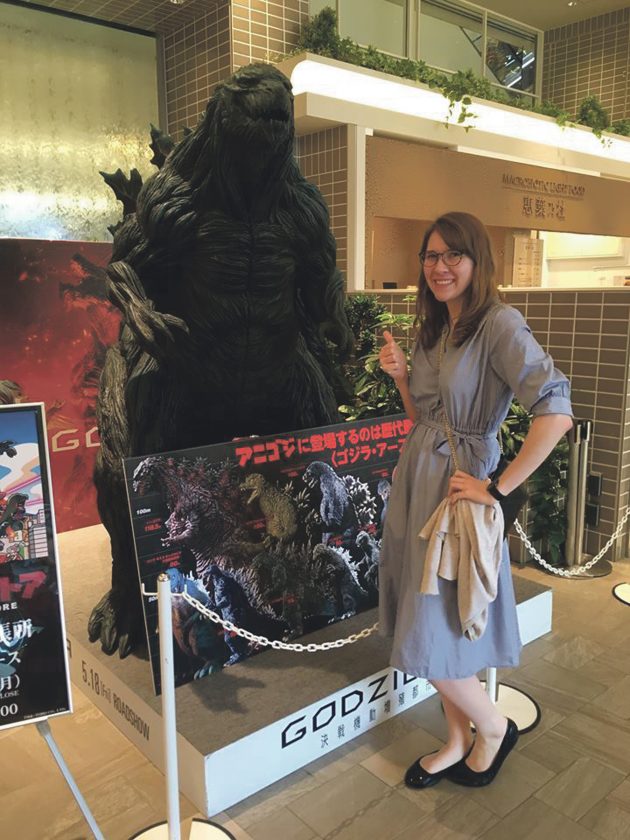 Terra then searched and found the Rotary Club of Warren and the exchange program. She chose to go to Japan as a way to immerse herself in the language.

She worked for a year following graduation to save up the money to participate in the exchange program.

“I was only 16 or 17, so I worked at The Bucket part-time (making pizzas) and cleaned neighbors’ houses to save up the money I needed,” said Terra.

“It’s really cheap compared to a lot of others,” she said. “(The Rotary Club) does everything they can so the students have the ability to go there and also enjoy themselves while they’re there.”

She studied at a high school in Okinawa, Japan, living with host families while abroad.

“You normally live with three or so (host families) throughout the year,” said Terra, now 25. “(We) want to share our culture with as many people as possible and vice-versa.”

Terra began learning to read and write Japanese while she was still attending cyber school through Seton Hill University in Greensburg.

By the time Terra arrived in Japan, she knew how to read and write the two basic Japanese alphabets and use basic greetings. She said she gained the majority of her language skills while living with her last host family.

“(The two daughters) spoke no English, so if I wanted to communicate with them I had to speak Japanese,” said Terra.

Japanese education differs from that in the United States, she said, in that during your seventh-through-12th-grade years, students spend their time at school in clubs in order to get in to good universities. Terra chose to dedicate her time to the chorus club.

“It’s quite a packed schedule,” she said.

While Terra was attending school in Japan, she worked at a pizza shop.

“Working at The Bucket (in Sugar Grove), making pizzas, you make sure there’s an even amount of toppings, as long as it’s even, it’s good,” she said. “In Japan, you really try to make sure it’s not just even, but uniform. There’s a set number of pepperoni and you weigh the cheese, so it was always the same amount.

“You make it look as beautiful as possible, they’re really into presentation.”

Terra said people will sometimes spend $30 on a single mango because the grower took the time and effort to make it look as beautiful and as perfectly presentable as possible.

As her Rotary exchange year was coming to an end, Terra searched for a university to study at — in Japan — so that she could stay. She found Ritsumeikan Asia Pacific University (APU) located in Oita Prefecture, Japan, where she received a four-year, 80-percent scholarship.

APU was established in 2000 and is a multicultural learning environment with a student body consisting of half international and half domestic Japanese students. Students from 130 countries have attended the university since it’s establishment.

Upon graduation, she started working for the university in its admissions office, promoting the university and traveling all over the world recruiting prospective students.

“It’s really amazing to live and work with people from all over,” she said. “You hear people’s ideas and see perspectives completely different from what you thought or understood. You put out your opinions and you’re going to get so many thoughts and opinions back, and in your background that way of thinking wasn’t even there. I think it’s something in this world today that is needed more to bring people together from different backgrounds to learn from each other.”

Terra plans to live in Japan the rest of her life, she said, and would like to retire and live in Okinawa. She is currently under a five-year contract with APU and, when that is up, she plans to find another job in Japan.

“I fell in love with the culture, the people, and the food is so good,” said Terra.

Her favorite Japanese food is unagi — eel with a little bit of sweet sauce.

“I really like it and it’s supposedly really healthy,” she said. “Sushi, in general, is so good in Japan because it’s so fresh.”

She described the Japanese culture as a more “unanimous society.”

“The U.S. is very individualistic,” she said. “We think a lot of our personal desires; if we have something we want, we state that clearly. In Japan, you think about the people around you. You take action not only for yourself, but what can benefit those around you.”

For example, she said that although Tokyo is a large city, it’s “quiet.”

“On the bus, it is not polite to talk on the phone and at night people relax and don’t shout a lot. It’s a very different mindset. People grow up with that they have to be respectful” said Terra. “Foreigners even joke that you can’t find a trash can in Japan; people take care of their own garbage, they take it home and throw it away.”

She describes herself as a “more reserved person,” and felt that her character lies more in Japan than in the United States.

Terra enjoys the amount of respect that the Japanese people have.

“It’s not that Americans don’t, it’s just a higher level (in Japan.)”

For future students wanting to participate in an exchange program, Terra’s advice is “just never be afraid to try to it.”

“I think when you first think of going to another country, it’s kind of overwhelming. It’s a completely different place, also the expenses and how to survive when (you) don’t speak the language, but you will go there and find people who support you.”

“There’s going to be difficulties with the language, you may not enjoy the food, but as you spend time there you’re going to adapt and gain skills that wouldn’t be possible unless you went abroad,” said Terra. “Just go for it — it’s going to benefit you in the long run. You make great connections that are just there.”

She’s so willing to share her experiences, she’s giving a presentation, “Journey to Japan,” at 5 p.m. Thursday, Aug. 22, at Sugar Grove Volunteer Fire Department on a visit back to Sugar Grove. It’s a Sugar Grove Free Library benefit, so call 489-7872 to register, and take in some of the Japanese culture she’s bringing with her, including Japanese food, signing your name in Japanese, etc.