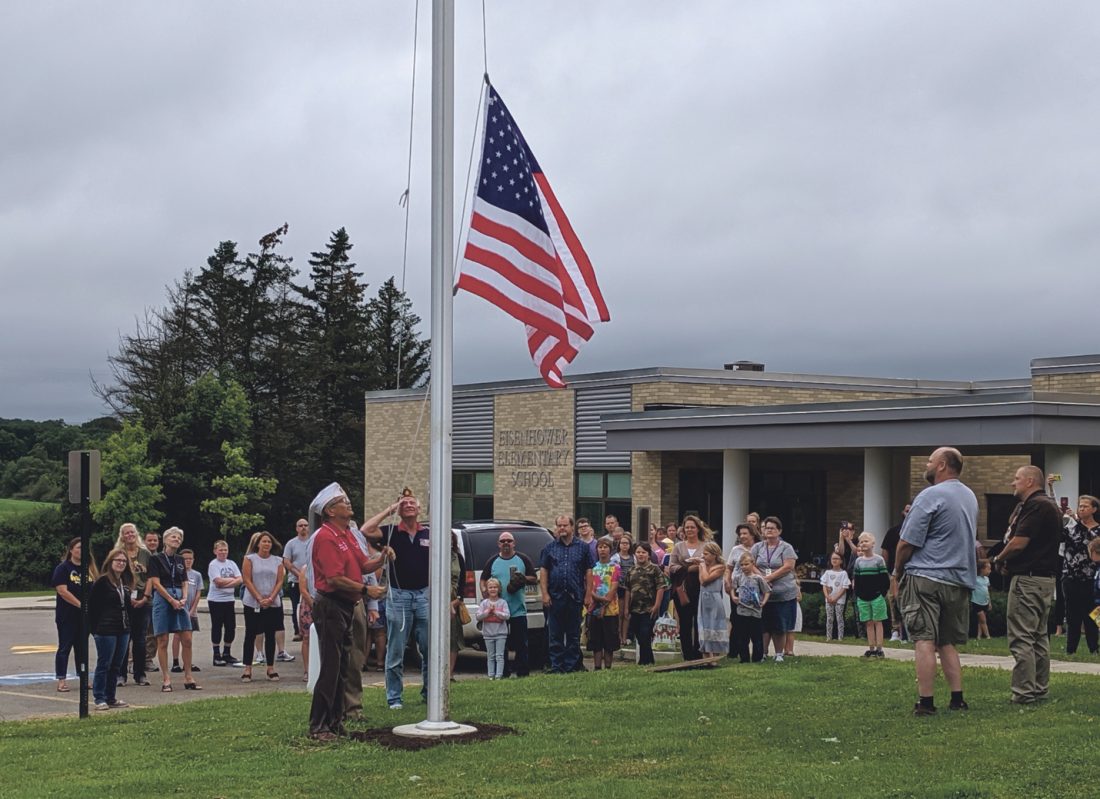 Today may be the first official day of school in the Warren County School District but many families and students got a head start as they attended a flag raising ceremony and picnic at Eisenhower Elementary School on Tuesday.

Families and students, many with donated school supplies, gathered for the ceremony and to enjoy an impromptu picnic. Principal Brian Reynolds greeted them asking most if they were ready to come back.

Once the flag was raised, Chris DeMorest, the school’s guidance counselor and a veteran, led the Pledge of Allegiance. Art Teacher Andrew Pollard sang The National Anthem, as many joined in.

The new flag and pole aren’t the only new additions students will see throughout the district as they head back to the classroom.

The “M” has moved in Youngsville. The former Youngsville Elementary-Middle School (YEMS) is now simply YES as sixth, seventh and eighth grade students moved to the high school. Middle is now part of the high school title (YMHS).

Renovations continue at the Warren County Career Center. Some of the programs will have new locations, according to Superintendent Amy Stewart.

Students at Sheffield Area Elementary School will be introduced to a new principal. No spoilers. Students will have to go to school to find out who it is.