No injuries in tractor-trailer collision 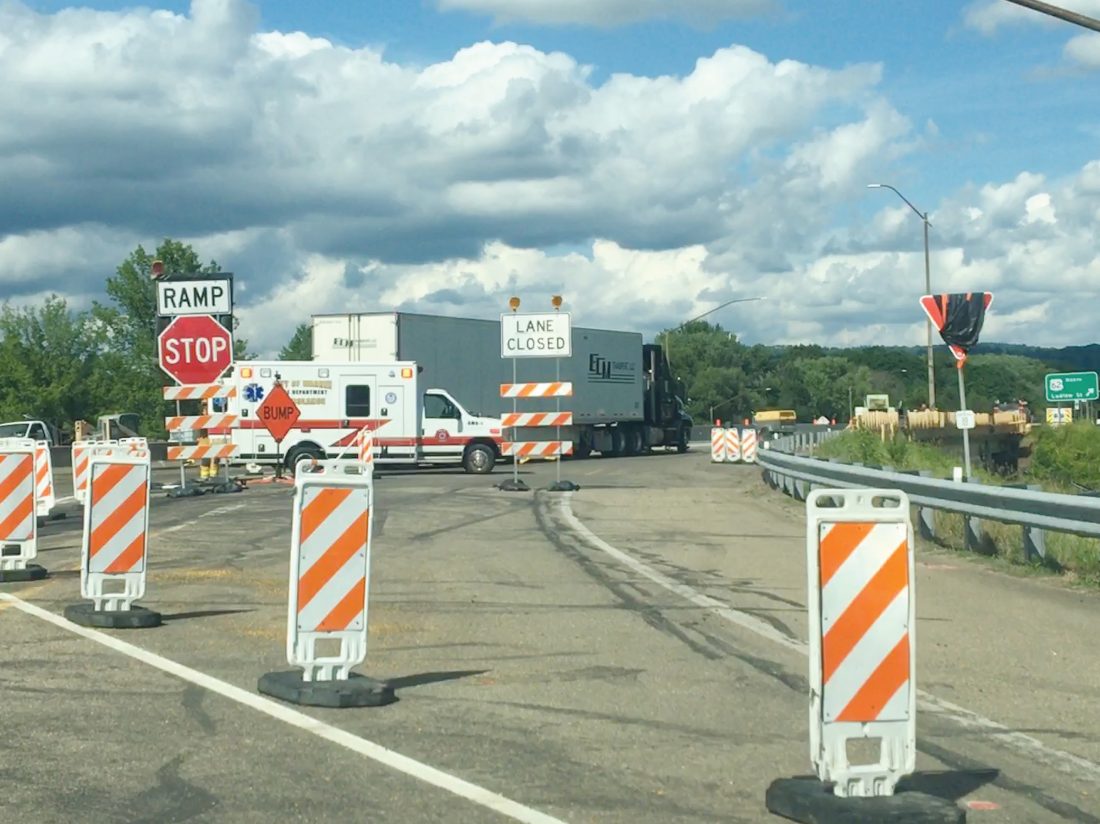 Times Observer photo by Dave Ferry An east-bound tractor trailer was struck from the rear by another tractor trailer attempting to merge onto Route 6 from the Ludlow Street approach ramp Thursday afternoon. Temporary changes in traffic patterns and lane restrictions due to construction work caused confusion when both drivers believed the other to be slowing down for a stop sign, according to police.

A double tractor-trailer rear-end collision that occurred on Route 6 atop the Ludlow Street overpass served as an important reminder for drivers to remain alert, particularly when approaching workzones.

The incident, which resulted in no injuries, according to Chief Brandon Deppen, occurred sometime around 4:20 p.m. Thursday when a truck traveling east-bound on Rt. 6 was approaching the construction zone at the Ludlow street overpass.

At that precise moment, a second truck was about to merge onto Rt. 6 from the Ludlow Street ramp. According to Deppen, the merging driver apparently mistook the temporary stop sign in place for the PennDOT rehabilitation project to be for oncoming traffic and allegedly believed the east-bound truck to be slowing down to stop and allow the driver to merge.

The east-bound truck, however, was struck from the rear, removing a portion of its rear loading door. The merging truck sustained damage to its driver’s side front fender. The details of any further damage sustained are not yet available.

An ambulance arrived promptly on the scene to check out the drivers.

“No injuries,” Deppen said. “It’s a little unusual to have two tractor-trailers, that’s not a normal thing for us.”

The rehabilitation project, which began on June 24, is scheduled to be completed by August 16.

In a statement released prior to the start of construction, PennDOT said, “No detour is anticipated with the project but motorists will encounter lane restrictions and shifts in the traffic pattern.”