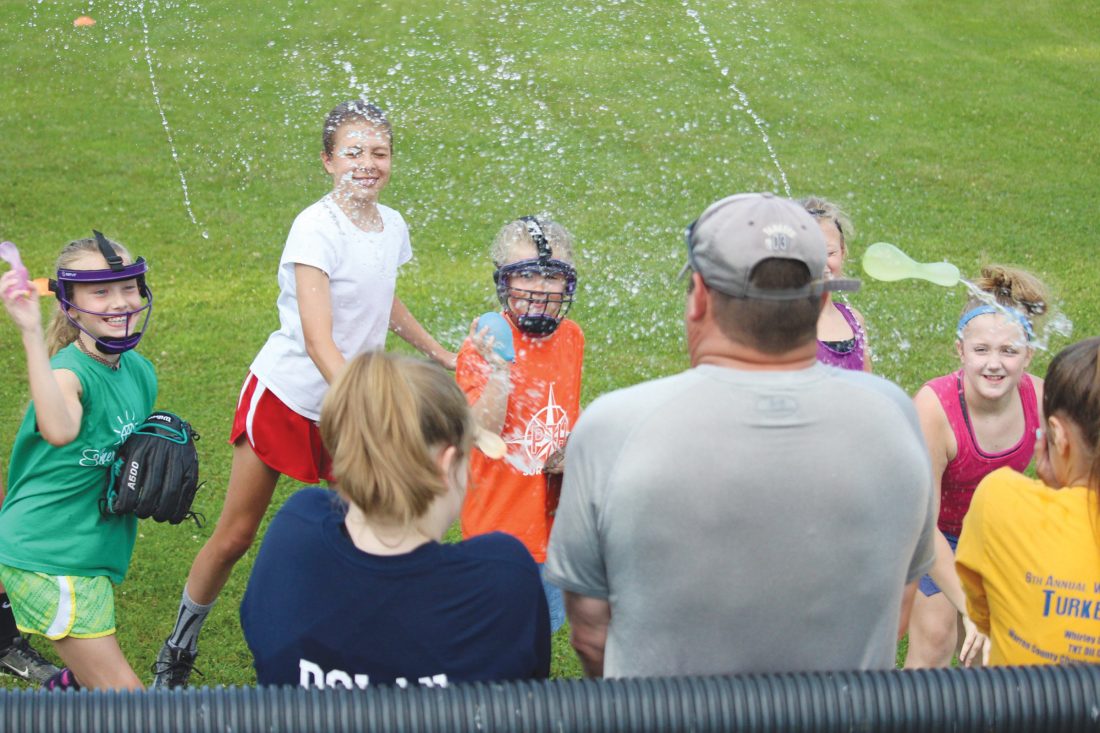 The heat wave that has been cooking the United States is headed towards Warren.

Temperatures are expected to soar to dangerous levels this Friday and Saturday.

The National Weather Service at State College (NWSSC) has issued a heat advisory beginning at noon Friday and ending at 8 p.m. Saturday.

According to Charles Ross, a Forecaster for the NWSSC, the heat index, what the temperature feels like, will reach 100 on Friday and 104 on Saturday.

A high pressure system stretching from coast-to-coast is keeping the heat turned up. To top it off, the heat and humidity are made to feel worse due to the amount of moisture in the air coming from the Gulf of Mexico, mostly left from Hurricane Barry.

The heat index is set to reach 110 in Washington, D.C., on Saturday and 109 in Chicago and Detroit on Friday.

Wednesday was the seventh straight day with temperatures of at least 90 degrees in Washington, D.C., and is estimated to last another five.

Mid-June proved deadly in Northern California to tens of thousands of mussels in the Bodega Bay when temperatures reached the triple digits.

Heat at this level can prove deadly. A three day heat wave in July of 1995 left more than 700 people dead in Chicago when temperatures rose above 97 degrees.

“You have to be prepared for heat. Drink lots of fluids, not alcohol, alcohol and heat don’t mix well,” said Ross. “Definitely make sure to stay out of the heat. It’s going to feel more like the Gulf coast than northern Pennsylvania.”

Daytime hours will be the highest risk periods. However, temperatures are not expected to drop too much overnight as they normally do. We could be seeing record-high nighttime lows, and the lack of cooling could be dangerous. Temperatures are still expected to be in the mid to upper-70’s and even 80 degrees at night.

“This doesn’t happen very often, this is a rare event,” said Ross.

Officials are also concerned about smog. Smog is exacerbated by heat and makes it more difficult for certain people to breathe. These include the very young, the elderly and people with asthma and other lung conditions/diseases.

Be sure to check on relatives, neighbors and friends. The heat can also take a toll on animals and pets.

The heat wave is supposed to break on Sunday when temperatures are expect to lower. By Monday, temperatures will be back in the 70’s.

Stay indoors as much as possible. Stay in the shade when you are outdoors. Be sure to keep on all fans and air conditioners and keep windows shut. Stay hydrated. If you have pets do not leave them outside and be sure to keep them hydrated.