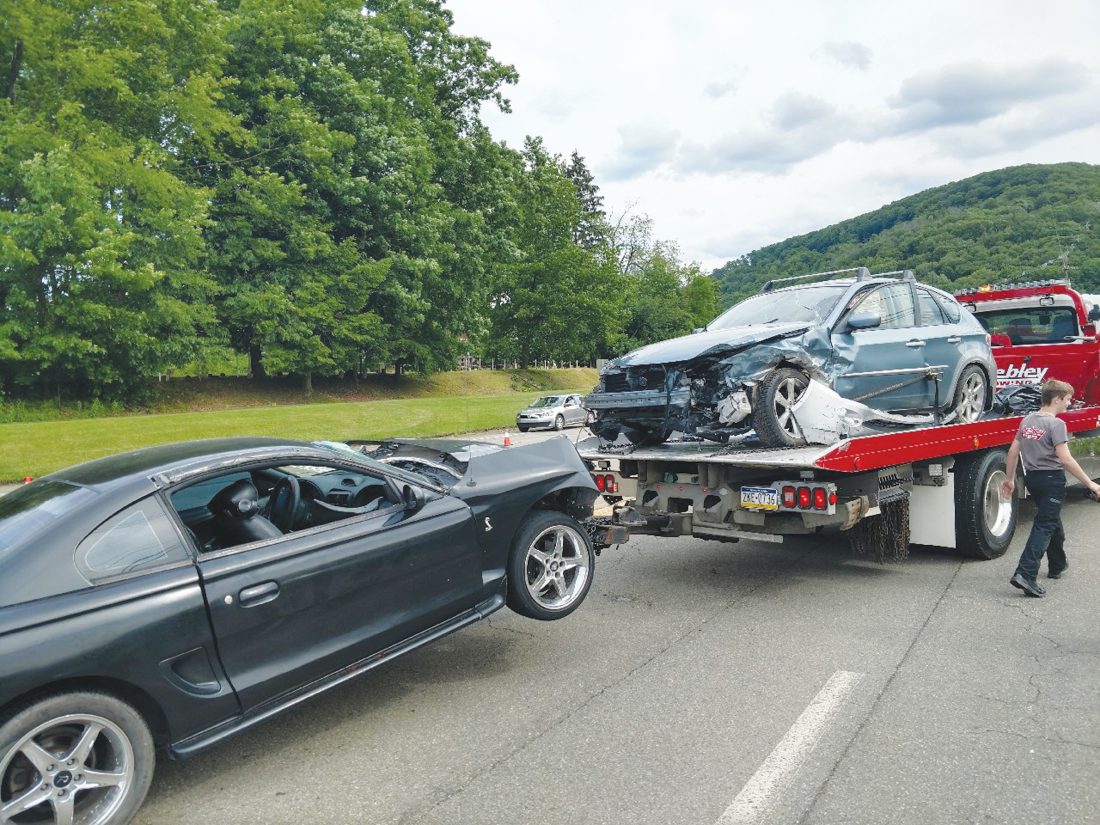 Times Observer photo by Brian Ferry Several people were taken to hospitals after a two-vehicle crash at about 4 p.m. Friday on Route 62 in North Warren. According to Conewango Township Police, the driver of a Subaru sedan pulled out of the Valu Home Center plaza into the path of a southbound Ford Mustang. The driver of the Subaru was transported to Warren General Hospital by City of Warren ambulance. A passenger in the Mustang was taken by emergency helicopter for treatment of injuries. According to police, that passenger was alert and talking after the crash. The driver and another passenger in the Mustang were transported to Warren General Hospital for treatment. North Warren Volunteer Fire Department and EmergyCare also responded to the crash. Further details were not immediately available.