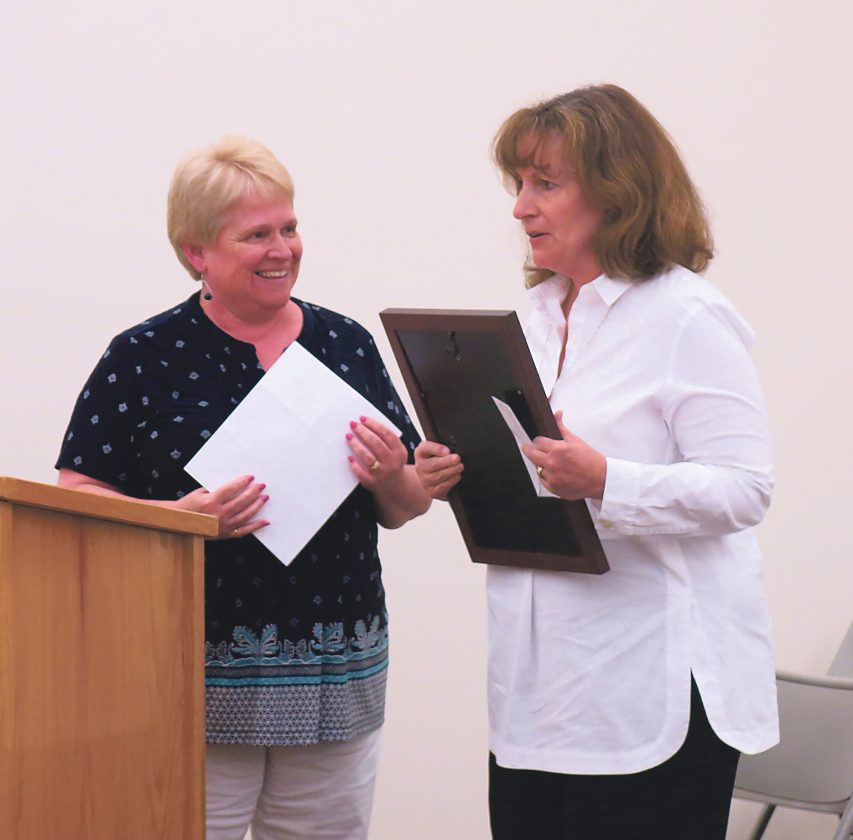 Swedler, a teachers aide, was recently honored by Warren-Forest Pennsylvania Association of School Retirees (PASR) and the Warren County School District for her service.

Swedler is this year’s recipient of the Lauretta Woodson Award for support personnel.

According to PASR, “the purpose of the Lauretta Woodson Recognition Program is to honor one educator and one support professional for doing an outstanding job within a district or school. Chapters select the award recipients and then present them with a medallion, certificate, and PASR pin.”

Woodson was a long-time educator and influential PASR member.

PASR President Jack Werner and Community Service Chair Gloria Werner made the presentation and introduced Swedler to the school board at that group’s June meeting.

In that nomination, Swedler was described as “always willing to lend a hand.”

She has “given countless hours after school for the sake of enriching the students’ hands-on learning,” Werner said. “She treats the students as if they were her own children.”

When Swedler was told she would be receiving the award and would be asked to address the board, she sought some advice.

She was told to “speak from the heart.”

She kept her remarks brief.

“When I speak from the heart, I cry,” she said. “I’m very honored that Clint and my fellow workers think I’m deserving of this. I’ll do it as long as I can.”

The Lauretta Woods Award for educator was given to Katherine Preisel, fifth and sixth grade teacher at East Forest. Gloria Werner made that presentation at the June 12 Forest Area School District board meeting.