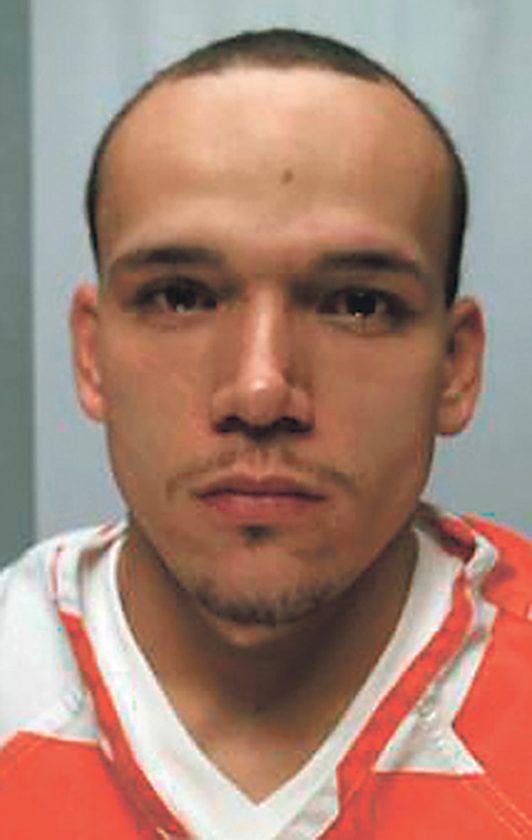 A Warren man found guilty by a jury of molesting a 12-year-old girl will spend over four years in state prison and register as a sexual offender for the rest of his life.

Jackson K. Knappenberger, 25, was sentenced on Friday by Judge Gregory Hammond on charges including corruption of minors, indecent assault and harassment.

He was found guilty at a trial in May.

It’s alleged that he went to the victim’s residence back in December and set fires with gasoline at both the front and back door. He was located by police barefoot, muddy and smelling strongly of gasoline.

District Attorney Rob Greene said that this is the kind of case that “turns your stomach.”

“Thank goodness it was caught before it got worse,” he said, asking for a sentence in the aggravated range due to the age of the victim and the guardianship role that Knappenberger was functioning in when the assault took place.

Greene said Knappenberger has “taken zero responsibility” and noted that it took the jury less than 20 minutes to agree on a verdict.

“What that tells me (is that he has) not taken any responsibility.”

Knappenberger declined to comment when given the opportunity to speak.

Hammond, referencing victim impact letters from the victim and the victim’s father, said that Knappenberger’s conduct “ripped her family life apart” and said she was courageous to report the abuse.

She reported the assault to her mother who proceeded to strike Knappenberger.

“(The) best thing the mother did was punch you in the face,” Hammond said, noting that he “turned her birthday” into an anniversary “of sexual abuse.”

Hammond issued the sentences to the corruption of minors and indecent assault charges in the aggravated range due to the victim’s age, his “step-father-type role” and the degree of harm caused to the victim.

“(You) took advantage of that role,” he added.

Knappenberger was then sentenced to 33 to 66 months incarceration in state prison with credit for 169 days time served, $1,625 in fines and fees, a no contact order with the victim or the victim’s family, mental health and drug and alcohol evaluations and compliance with any recommendations, submission of a DNA sample, sexual offenders counseling and to not have any unsupervised contact with children under 18 years of age on a count of corruption of minors. He is not boot camp or recidivism risk reduction incentive eligible.

On a count of indecent assault, he was sentenced to 21 to 42 months incarceration in state prison and a $1,000 fine as well as a $300 fine on a count of harassment.