YHS students take in some nature at Chapman State Park 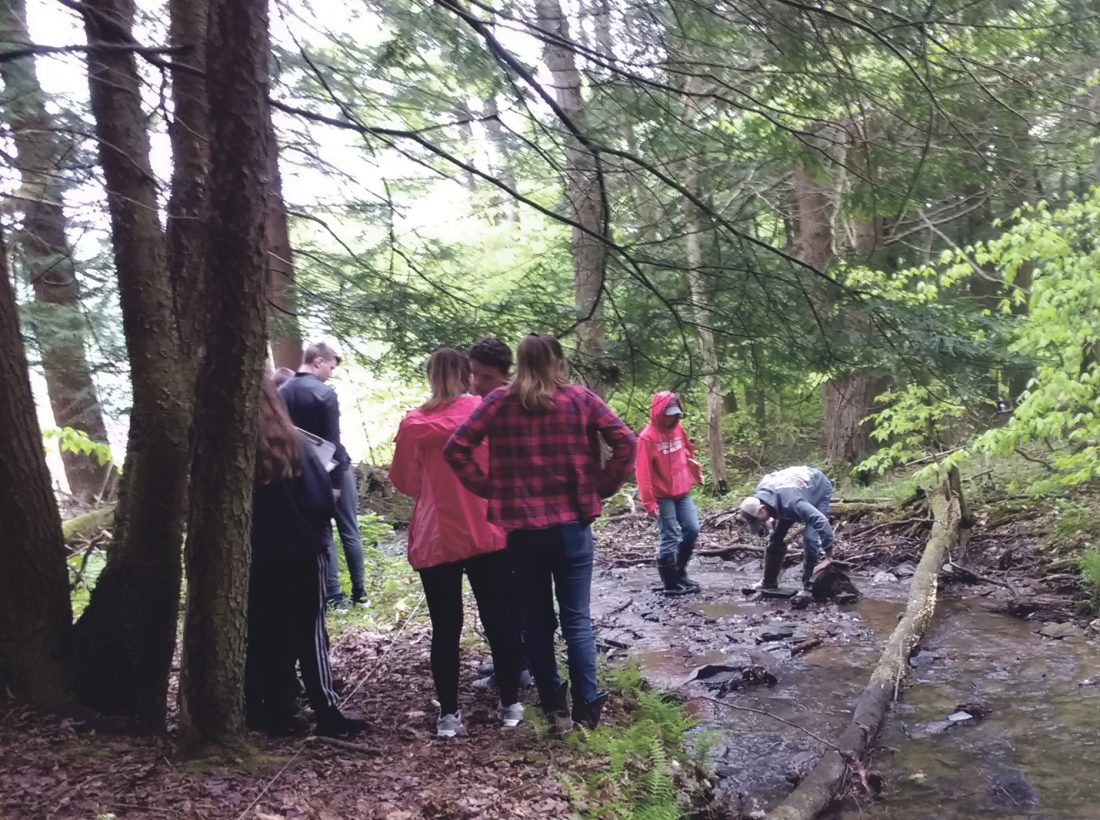 Times Observer photo by Lorri Drumm Students from Youngsville High School spent the day Thursday learning how to maintain a healthy watershed during a trip to Chapman State Park.

Youngsville High School students got their feet wet as future caretakers of the watershed during a trip to Chapman State Park on Thursday.

Students broke into groups to tackle the physical, biological and chemical aspects of Penny Run in the park. They also engaged in stream mapping.

Suzann Rensel, of Clear Creek State Park guided a group of students in stream mapping. Some of their task was to look for slow spots and fast spots in the water flow, according to Rensel. The student’s findings would then relate to the other stations, she added.

At a nearby station along Penny Run another group of students waded into the water with nets in pursuit of waterbugs. Their mission was to scoop up some material that hopefully contained some bugs and dump that into a bowl of water.

Jean Gomory, of the Warren County Conservation District, told the students they would be able to determine the water quality based on the types of insects they found. “Some bugs are sensitive, some are somewhat sensitive and some are tolerant of pollution,” Gomory explained.

A little further upstream students stayed out of the water so they wouldn’t disturb the quality as they tested it for various qualities.

Before the students collected samples, Jen Moore, environmental education specialist at Chapman State Park told them some of the results a previous group had come up with.

The students tested for alkalinity, nitrates, hardness, turbidity and iron. Moore told the students the iron was found to be low but the nitrates were a little bit high, possibly due to recent rainfall.