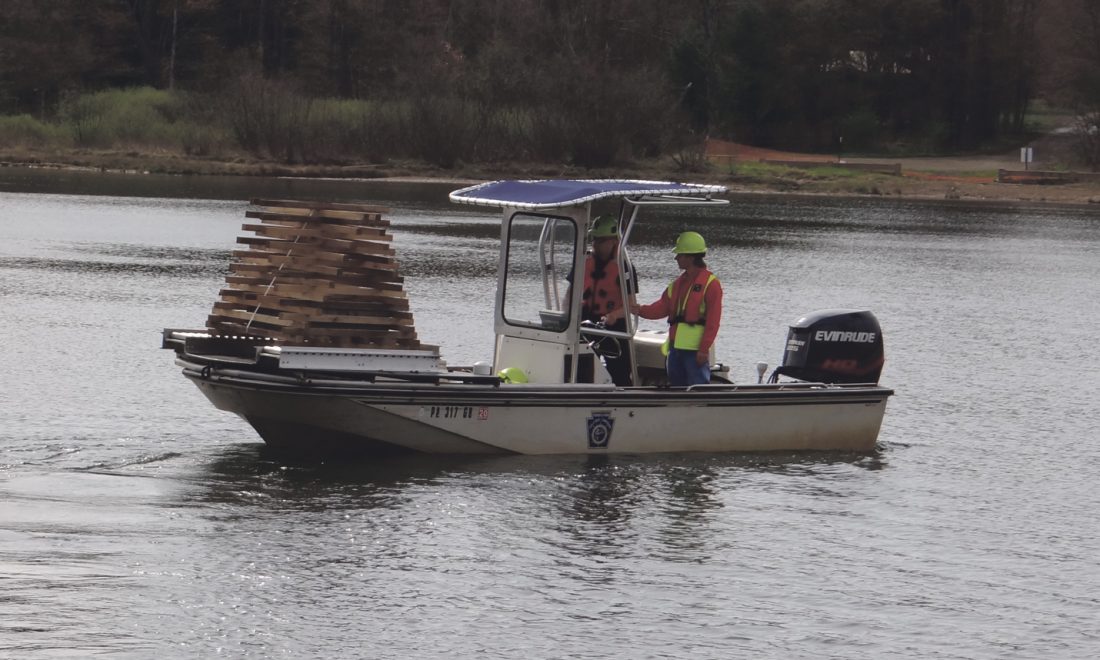 An Eagle Scout project got all wet Wednesday morning but in no way does that mean the project was washed up.

The submergence of 21 porcupine cribs into Chapman Lake instead marked the culmination of planning, designing, constructing and many hands contributing, according to Boy Scout Troop 13 member Pierce Landis, who was in charge of the project.

Porcupine cribs are a fish habitat designed to ultimately produce more large fish by providing a place for fish to spawn and get away from larger fish, according to Landis. He described the design as a “log cabin with gaps.”

The fish habitat structures will replace many that were lost during the construction project according to Tyson Martin, Chapman State Park manager. 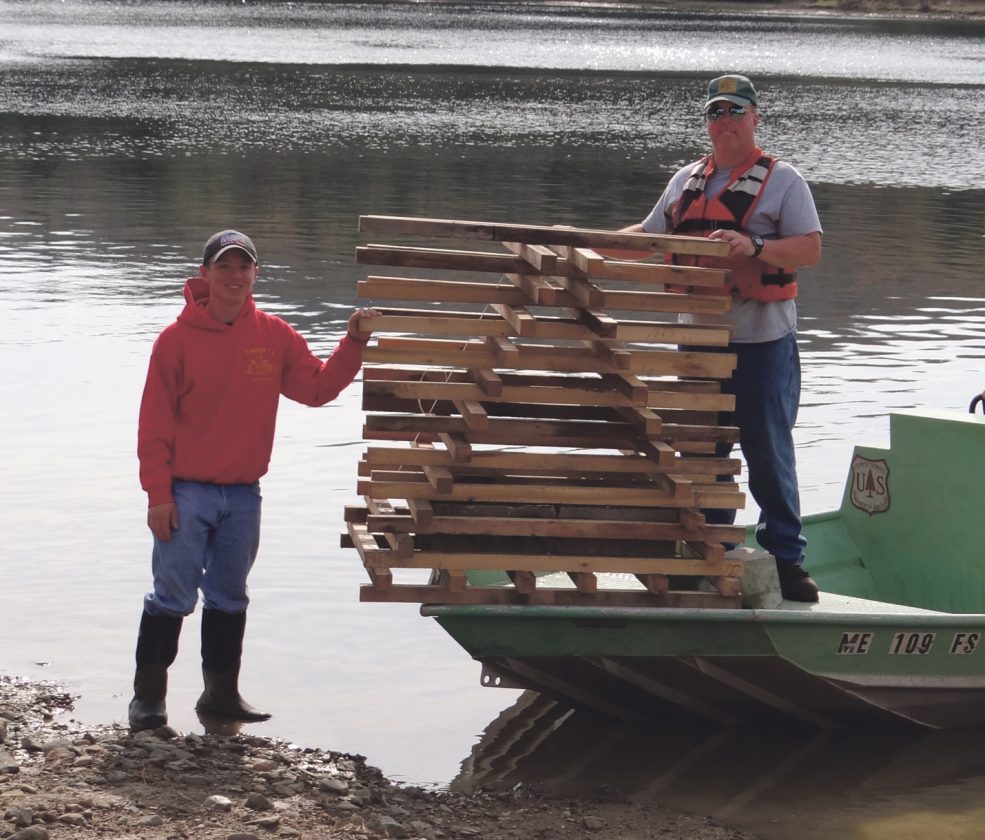 The structures, which measure 4-feet in width, length and height were created by Landis and other scout volunteers on Saturday. The original plan was to create 20 but there was enough material to construct an additional crib, he said. Each crib has cement blocks on the bottom to keep it stationary.

Staff from Chapman State Park, the Allegheny National Forest and the Pennsylvania Fish and Boat Commission joined Landis Wednesday morning to load the cribs onto boats and insert them in the lake.

The plan was to locate the new cribs where former ones had been, according to Martin. “We’re not putting them in any new locations,” he said.

Not one to seek attention, Landis was intent on thanking the many businesses, organizations and individuals who offered assistance in bringing his Eagle Scout project to fruition. “It would not have been possible without everyone’s help,” he said.