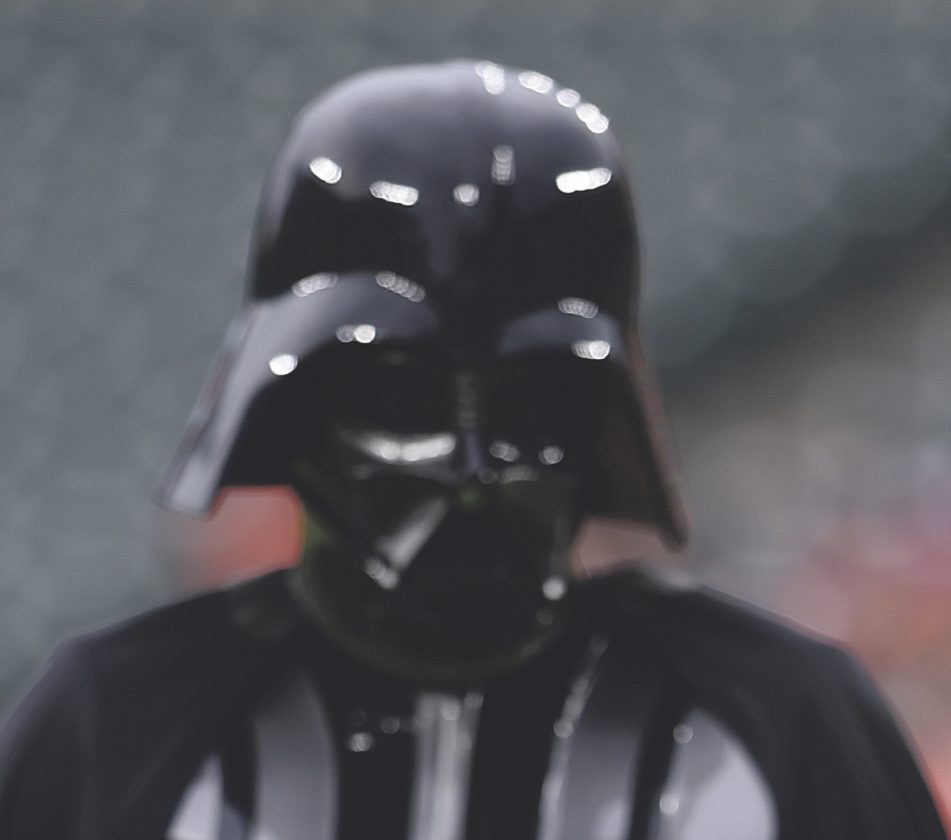 AP Photo Of all the write-in candidates from last Tuesday’s primary, Darth Vader was rejected.

Mickey Mouse, Darth Vader, and Sansa Stark were thrown out.

But, when the Warren County Board of Elections got together Friday morning to evaluate the write-ins from Tuesday’s primary, just about anything that might be a legitimate last name made it through.

Board member Dan Glotz read just about every name from the 50-page document.

In most cases, board members Kim Exley and Ed Burris quickly said, ‘strike’ or ‘keep’ depending on the appropriateness of the vote. The Batman, Daffy Duck, and Anybody Else votes were struck.

At one point, Glotz, after reading a couple of names from Game of Thrones, said, “Why do people waste their vote?”

It was a rhetorical question and he could have asked it after the votes for Phil Isawesome and Wyatt Earp, or the multiple votes for Your Mom. Glotz also read a vote for Gus the PA Groundhog.

One erudite voter wrote in Geert Wilders. A quick search after his name was approved shows he is the founder and leader of the Freedom Party in the Netherlands.

A Farmington Township voter wrote in the name of an auditing company for auditor. “It’s a legit company,” Glotz said.

If a name could be a legitimate candidate or county resident — Clint Eastwood or Richard Sheriff — the board generally let it pass, even if they were suspicious. If a spelling was close to a known person, the voter’s intent was usually considered to be a vote for that person. When the spellings were close, but represented unique names — Carlson and Carlstrom, or Bloomgren and Bloomberg — if there was no first name, the votes were kept separate.

Serious write-ins, even without first names, like those for Albaugh, Durbin, Kafferlin, and Morrison for county commissioner on Democratic ballots were kept.

Those votes do not add to their totals on the Republican side. The primary determines whose names will appear on the party’s ballot in the fall. Those impressive write-in totals fell far short of matching the totals of the three candidates on the Democratic ballot — Commissioner Jeff Eggleston, Paul Giannini, and Connie Zaffino, who each received more than 1,100 votes.

In fact, 50 write-ins would not have qualified a commissioner candidate to be on the ballot even if it were the most of any for that party. The minimum for a county-wide race is 100, according to Rivett.

Write-ins for a candidate who is on the ballot — for example a write-in for Morrison on a Republican ballot or Eggleston on a Democratic ballot — are not counted. Counting them would allow a voter to cast multiple votes for the same person in the same race.

Ken Klakamp received just enough write-ins — 101 — on Democratic ballots to ensure his name will appear as both the Republican and Democratic candidate for sheriff in the fall.

Other races do not have as high a standard as county-wide races.

Kim Angove will appear on general election ballots in November as the Democratic candidate for School Board Region III. She easily cleared the 10 vote threshold. There are two seats up in that region. Marcy Morgan cross-filed and will appear as both a Republican and a Democratic candidate. Kevin Lindvay did not cross file and will be the other Republican candidate on the ballot.