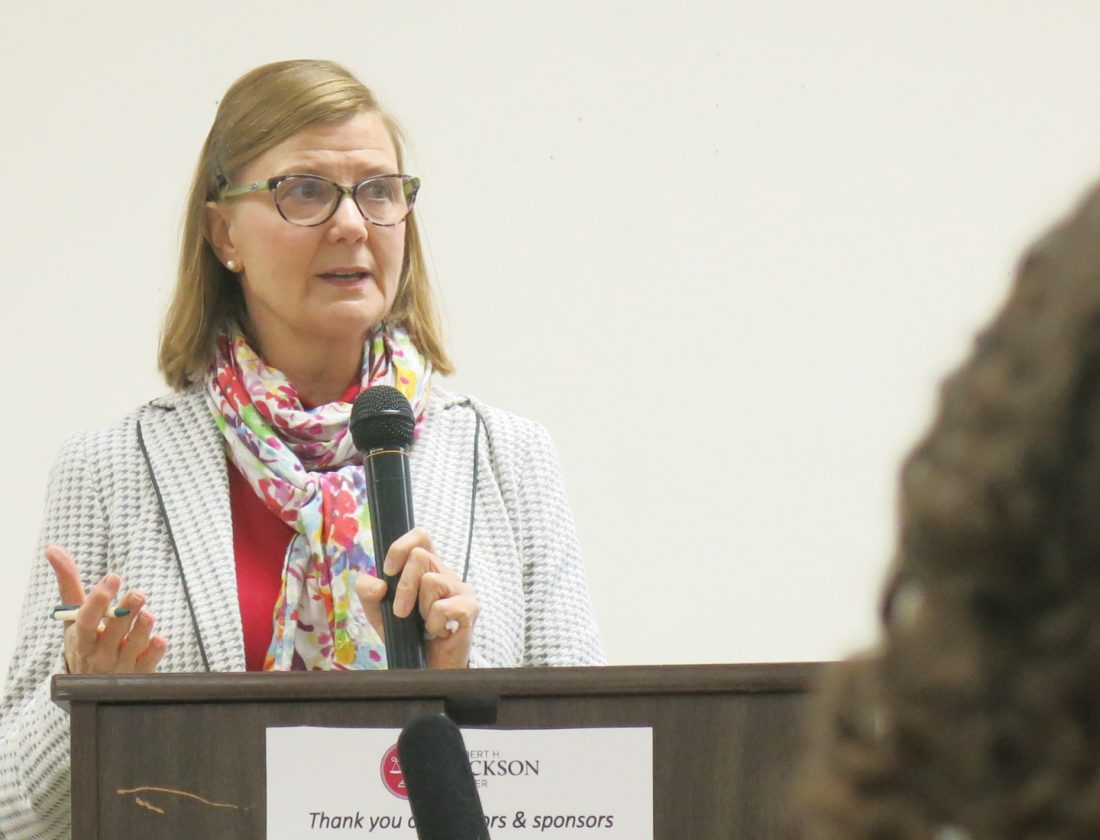 Times Observer photo by Brian Hagberg This group of 12, primarily comprised of teens, will travel to Kenya, Africa, this July as Ambassadors for the International Sports Academy (ISA). ISA is a 501 (c)(3) not for profit organization which partners with local churches abroad to organize local sports programs in their area. In many of the places sports programs, facilities and equipment do not exist. The Ambassadors will travel with six (6) Kenyan college students and team up with a youth leadership team in Eldoret Kenya. The first weekend they will prepare and provide ministry through a large sports outreach and youth service each of approximately 500 students. The Ambassadors will also work with three churches who have started sports academies earlier this year through ISA’s efforts. Through these programs there will be a number of outreaches the Ambassadors are involved in. The last leg of the trip will include a large outreach in a slum of Kipsongo. The Ambassadors are funding their trip through a humongous yard sale May 18 from 8 a.m. to 1 p.m. at Praise Fellowship Church 7451 Market Street Russell. They are also accepting donations starting May 12. To donate items, please contact Christin Borger at (814) 723-5030. To find out more information about ISA, go to www.sportsacad.org. Pictured are (front) Rashad Fofana, Sophia Ekstrom, Sid Ambassador, Zach Rohlin, Chloe Ekstrom, Rick Rohlin and (back) Sandy Walrod, Tricia Bergstue, Jeff Ekstrom, Alex Borger and Lucas Angove.

Times Observer photo by Josh Cotton A French four pounder is touched off on Saturday at a French & Indian War reenactment held at Hearts Content Recreation Area. For more photos, see page A-6.

Times Observer photos by Josh Cotton Rose Pregler, a senior at Mercyhurst University, presents her senior thesis — based on research into the Robert H. Jackson birth site in Spring Creek — on Saturday at an event held at the Spring Creek Fire Hall.

Times Observer photo by Brian Hagberg A car drove into the side of the building at Arby’s in Warren (1654 Market St. Ext.), on the mall side, on Saturday afternoon. Law enforcement and emergency personnel responded, but no injuries or charges were reported as of press time Sunday.

Times Observer photo by Josh Cotton A French soldier looks over the body of a wounded enemy during a battle demonstration held on Saturday at Hearts Content.

A soldier fires his flintlock musket as part of a battle scenario on Saturday at a reenactment held at Hearts Content.

A joint effort has uncovered the birthsite of one of the region’s most famous sons — Robert H. Jackson.

Best known as chief prosecutor for the U.S. at the Nuremberg trials and associate justice on the U.S. Supreme Court, Jackson was born in a Spring Creek farmhouse in 1895.

The home was demolished nearly 50 years ago but Mercyhurst University, the Robert H. Jackson Center, the property owner, and others have come together to study the birthsite of one of the most influential people of the 20th century.

And that effort culminated on Saturday with a senior thesis presentation held at the Spring Creek Fire Hall.

Greg Peterson, a co-founder of the Jackson Center, described Saturday’s event as the “culmination of activities that have occurred over the last year,” and the “result of an ongoing relationship with Mercyhurst University.” 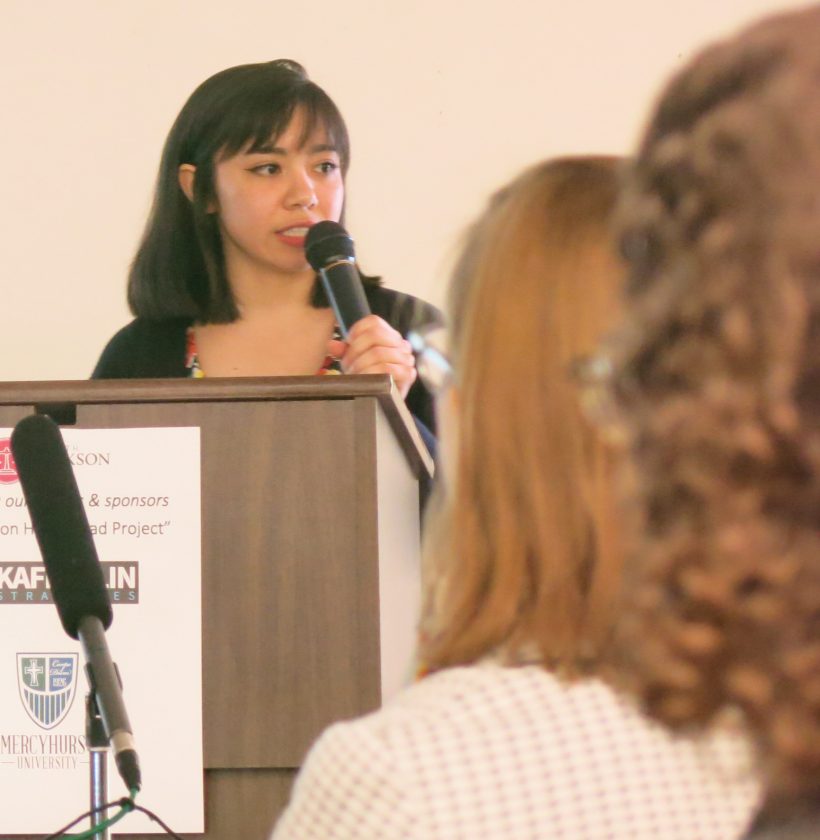 Times Observer photos by Josh Cotton Rose Pregler, a senior at Mercyhurst University, presents her senior thesis — based on research into the Robert H. Jackson birth site in Spring Creek — on Saturday at an event held at the Spring Creek Fire Hall.

“This doesn’t happen without the people that own the property,” he added, also crediting Arthur Stewart, saying that “if he doesn’t clear the site, we have no site to look at to actually study.”

The thesis was offered by Rose Pregler, a senior at Mercyhurst and a former Jackson Center intern.

She said her focus was on the remains — primarily the foundation — of the farmhouse and that students in field school this summer would survey the barn area.

“(There’s) a lot more to discover,” she said, explaining that she completed a “pedestrian survey” of the site which revealed “primarily glass, metal, and ceramic, which is consistent with most historical sites,” and identified a brick concentration which matched historical photos of the house.

She also noted that a specific type of porcelain that was primarily made between 1890 and 1910 was located.

In addition to the archeological work, Pregler also presented a “historical narrative of the Jackson farmstead,” noting that most of the information available on the house is in “disparate biographies” and other sources, such as oral archives.

Her work included interviews with two Jackson family members as well as someone who lived in the area when the home was demolished.

She explained that Jackson returned to the site in the 1920s and 1930s as the “family partook in annual summer trips to Jamestown, N.Y., and Spring Creek,” and that it was a “popular retreat” and an “opportunity for Jackson to get away from the madness in Washington.”

Pregler detailed that Jackson’s daughter, Mary, brought her family back to the area. They built a getaway up on Turner Hill.

Pregler said the farmstead “critically forms family identity” for the Jackson family. “The family feels (their) roots are in Spring Creek…”

“For a scattered family, ties to ancestral lands binds them together.”

Craighill spoke and said Pregler’s presentation “encapsulated a lot of the sentiment that we have as a family about Spring Creek.

“I never met my grandfather. He died three years before I was born at an age just one year older than I am now,” she said. “As I look back on this… how much he accomplished in such a short amount of time, I can say one thing absolutely for certain… Robert H. Jackson loved Spring Creek.

“This was a place that really shaped his character (and) also gave him solace and rejuvenation throughout his life.”