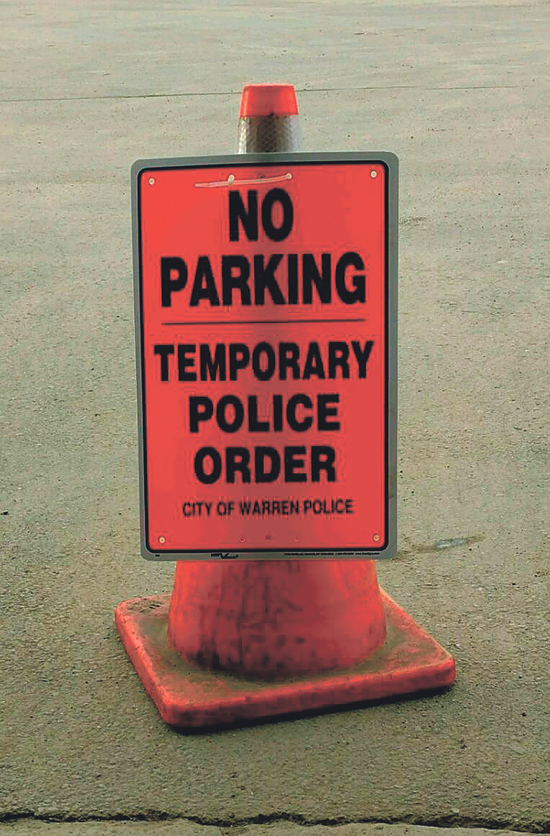 Photo submitted to the Times Observer Cones like this will be popping up on Pennsylvania Ave. E., which is the subject of a repaving project slated to start next Tuesday.

The paving season starts on Tuesday.

PennDOT will begin work next week on a project that will bring a new road surface to Pennsylvania Ave. E.

“The project is to start at Pennsylvania Ave. E. at the intersection of East St. and end at the Glade Bridge,” City of Warren Department of Public Works Mike Holtz said. “The project is also going onto Hemlock Avenue for 600 feet towards Willey Street.”

The most notable caution to the public is that parking will be prohibited on Pennsylvania Avenue.

“During the Week or April 15th sections of Pa. Ave. will be blocked off in the Parking Lane “No Parking” as well as the City’s side streets in those areas that are affected on that day,” Holtz said.

He explained that the plan will be to complete the milling – or removal of the existing asphalt – in sections. That will include East St. to Shantz St. on Tuesday, Shantz St. to The Peppermill on Wednesday and The Peppermill to the Glade Bridge on Thursday.

A “scratch coat” of asphalt will be applied on Friday and Monday.

Holtz said that the scratch coat will remain “for approximately two months.

“During this time, the handicapped ramps will be constructed, manholes will be adjusted and other repairs that may be necessary” before a top coat is applied.

He said the project is slated to be completed by the end of June.

It is scheduled that this project will be completed by the end of June 2019.

“Starting Tuesday this is going to be a fairly large disruption in the City for a while,” Holtz acknowledged, indicating that the schedule is weather dependent. “Everyone’s patience is appreciated.”