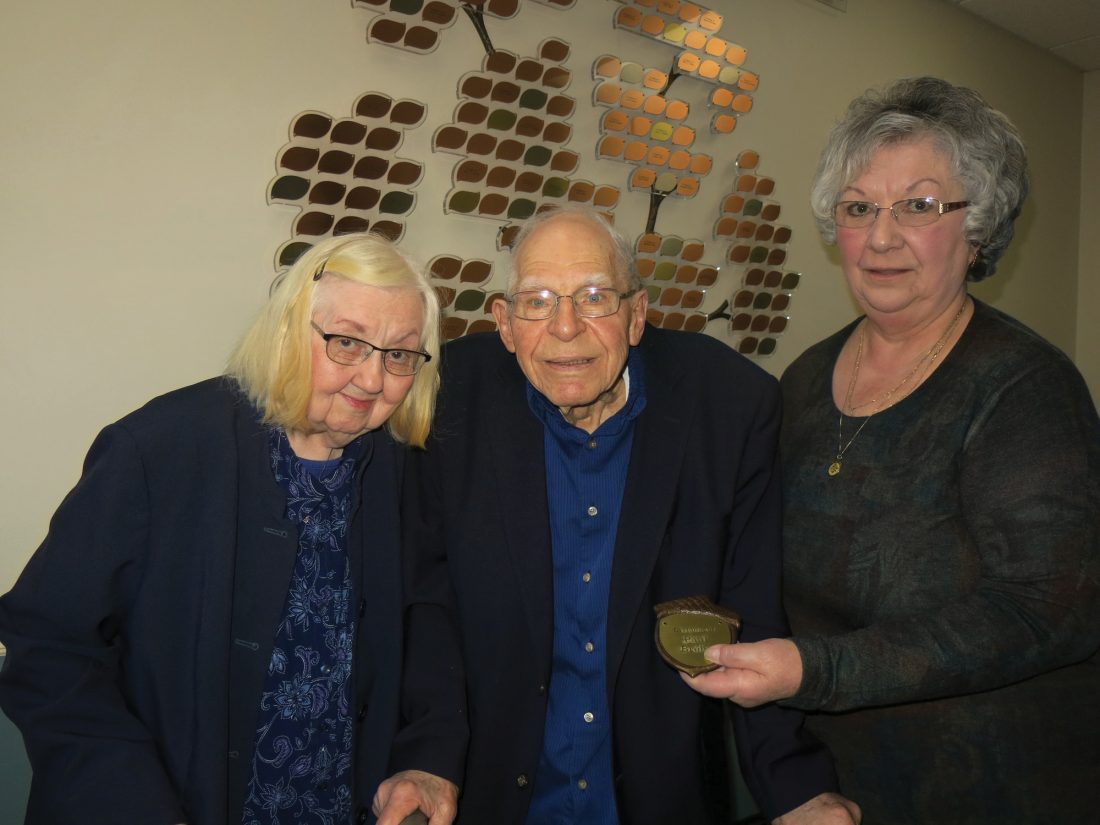 Times Observer photo by Brian Ferry Long-time City of Warren Street Landscape Committee member Paul Brohn was honored by the committee Tuesday with an acorn to be placed on the group’s donor tree. Pictured (from left) are Betty and Paul Brohn and Committee Chairman Josie Gerardi.

The City of Warren Street Landscape Committee honored one of its founders on Tuesday.

Paul Brohn, who served on the committee from its inception in 1988 until his resignation in 2018, attended the committee meeting with his wife, Betty, and his daughters, Belinda and Brenda.

“We have an acorn in honor of Paul Brohn,” Committee Chairman Josie Gerardi said.

That acorn will be affixed to the wall of the municipal building that displays the committee’s donor tree.

“Paul was really quite active when we were going to establish the arboretum at Crescent Park,” Gerardi said. “I always remember Paul with Arbor Day. He would describe exactly how to plant a tree. He would give exact information about the tree we were planting.”

Brohn talked about his memories with the committee in its early years. “Our first job was public relations,” he said.

Once people were convinced of the need of the group and the importance of the trees it was supporting, the members got to work.

“One of the first big jobs was getting the red oaks started on Fourth” Avenue, he said.

“If it hadn’t been for you, our urban forest wouldn’t be the way it is today,” Gerardi said. “We were thankful to have you on the committee.”

“I’m humbled by the honors that you’ve given me,” Brohn said.

On Tuesday, the current members of the committee talked about amending the city’s tree ordinance — initially developed with Brohn’s help.

The committee and the city will celebrate Arbor Day at noon Friday, April 26, at the southeast corner of Second Avenue and Market Street.

The tree was planted with the help of students from the Jefferson DeFrees Family Center. City officials are looking into the possibility of having some of those students participate in the Arbor Day event.