Facebook photo One of Logan’s more poignant images is of his own hobby photographer father sharing his passion at Outer Banks.

Logan Gearhart moved to Warren in 2008.

He graduated from Warren Area High School in 2014.

He found competitive swimming somewhere in between, and parlayed that into two semesters swimming for Westminster College after high school.

Then he took a year off school, intending to transfer, before ending up at Penn State Behrend. 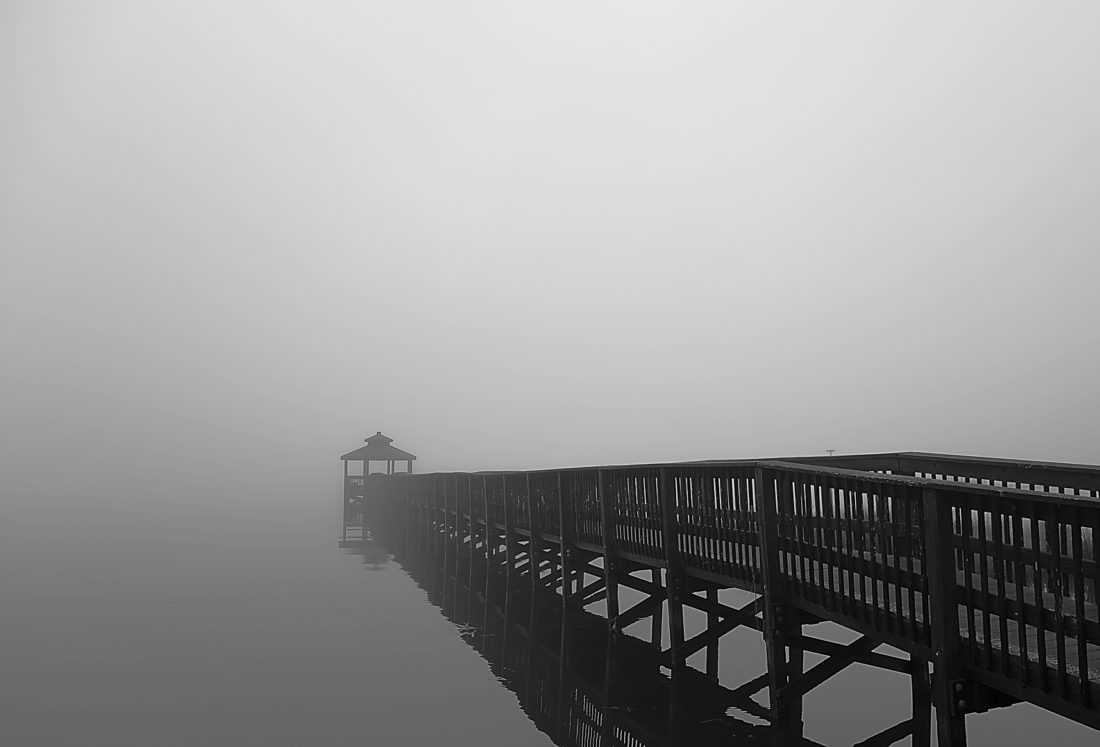 A phone call home about not wanting to continue went something like, ‘What? Are you serious?’

“I didn’t have a purpose,” said Gearhart of his decision to leave school. “I was in this, kind of, unsure state. I wasn’t very comfortable spending all that money on something I wasn’t very sure about.”

Accounting or finance or whatever it was.

“First of all, my parents are very supportive of me, and I’ve always been thankful for that,” said Logan.

“Mom, dad, I’m moving to Colorado in a couple weeks,” Logan told them. 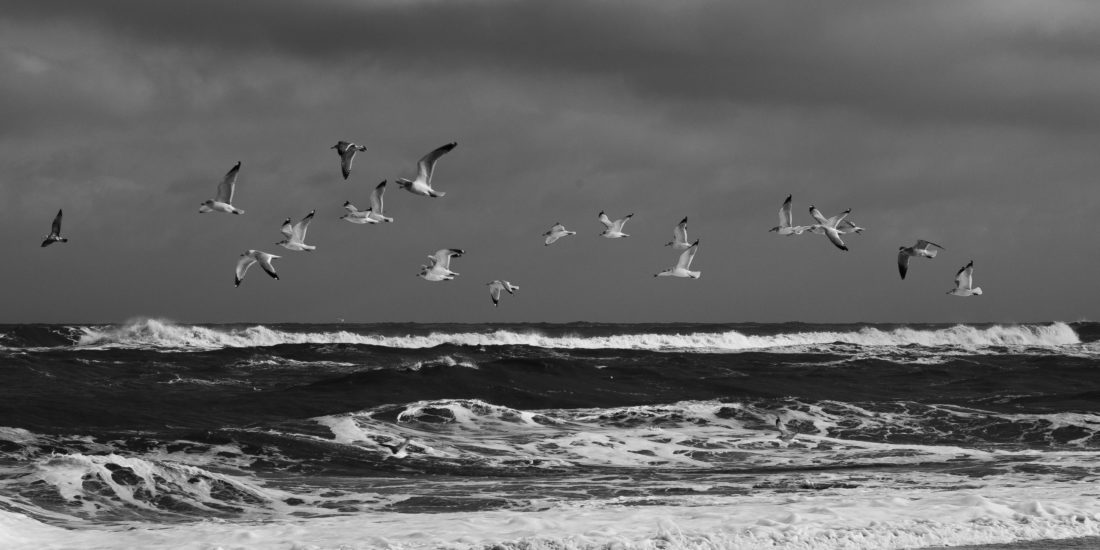 Gearhart admitted he Googled “COOL JOBS,” and his life hasn’t been the same since.

Because, rather than finding what he is, the 22-year-old says he is finding who he is first.

“I just wanted to get away and find purpose,” he said.

Not the typical, status quo higher education after high school, but the right move for Logan.

“I went out there after Behrend… to Breckenridge Ski Resort, Breckenridge the town,” he said. “There was a job for mountain safety. I had skied; just a couple of days every season, going up to Holiday Valley (Ellicottville, N.Y.).”

So, for the interview, essentially, “I winged it,” he said. “I was just completely honest with them. I talked about lifeguarding, too.”

Since college, Gearhart has had two primary jobs, mountain safety at Breckenridge, and lifeguarding at Kill Devil Hills in Outer Banks, N.C.

One cold, one warm, but both stem from swimming at Warren Area High School and Westminster College, and both from lifeguarding and public safety.

“Lifeguarding gave me the confidence to get out and talk to people more,” he said. 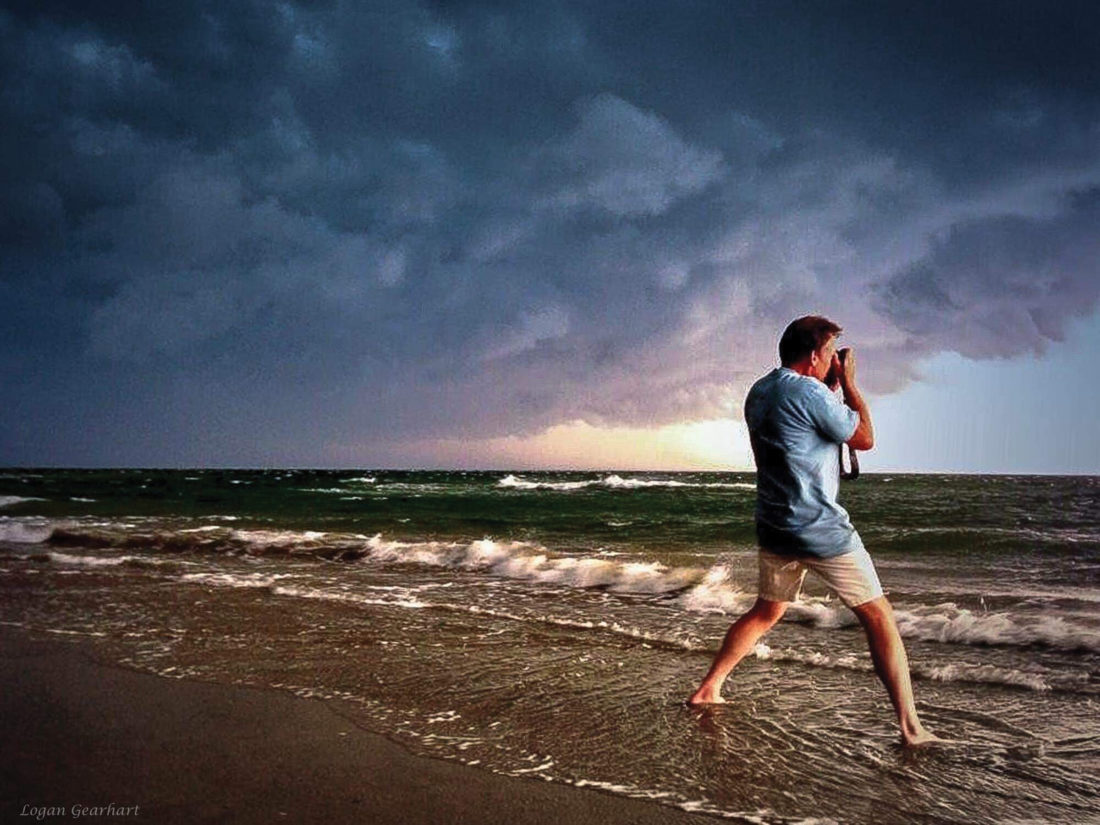 Facebook photo One of Logan’s more poignant images is of his own hobby photographer father sharing his passion at Outer Banks.

Gearhart was recently featured in an article in coastobx.com, “For OBX photographer Logan Gearhart, it’s all about standing in the presence of nature.”

He says he’s combining who he is and it’s coming up travel photography.

“Gearhart shoots many subjects, but the most compelling are his images of contrasting two geographic features — mountains and oceans — where he divides his time,” according to coastobx.com. “The Pennsylvania native just spent his third summer as a lifeguard for the city of Kill Devil Hills, and he spends winters working mountain safety patrol in Breckenridge, Colorado.”

The full article by Phil Houseal can be read at coastobx.com.

Logan’s father was a hobby photographer, but other than that, Logan is essentially self-taught.

“My dad – who was a hobby photographer — was running around with his camera, saying how excited he was,” Gearhart told coastobx.com. “I took a picture of him taking pictures of the storm, standing at the edge of the water with the waves crashing around him.”

“Three Christmases ago, I got my first digital camera,” said Gearhart, who prefers Canon, just like his father. “He used a Canon A1 film camera that he got in Okinowa in ’86 — he gave that to me now. That camera has been in Egypt, all over Europe.”

Whether digital or old-school, “I like being outdoors. I like being with nature. When the opportunity presents itself, I follow the light; it’s going to hit this wave, or that mountain.”

But that’s the what.

The who: Gearhart loves seeing reactions to his work.

“That brings a huge joy,” he said.

If he can make a little money from photography, win an award here or there, that’s great.

“My biggest thing is I like to see people’s reactions to my photo,” he said.

“I’m a learning photographer,” he said.

One thing is for certain, he is learning who he is.

“I love to travel, and I would love to be a travel photographer, but I’m falling more in love (every day) with the art behind photography,” said Gearhart. “I would love to have my own gallery — big photos on the wall.

“I’m proud of my friends when they get their Masters degree,” he said. “It’s a lot of hard work. But I like the path that I took.”

He says that he moved a few times as a child, ending up in Warren in 2008. Warren took him to Westminster College, which led him to Colorado and Outer Banks, N.C.

“Through my photos, I kind of express who I am,” said Gearhart. “I am happy. I had no idea this was going to happen to me. I did not think I’d be living at the Outer Banks. Sometimes I stop and think, ‘I’m here right now,’ when looking out at the ocean.”

Gearhart’s photography can be viewed at Logan Gearhart Photography on Facebook, www.instagram.com/logan.gearhart/ on Instagram, or at https://www.logangearhart.com/.