Photo courtesy of Martz-Kohl Observatory The Horsehead Nebula is a dark nebula in the constellation Orion. The nebula is located just to the south of the star Alnitak, which is farthest east on Orion’s belt, and is part of the much larger Orion Molecular Cloud Complex. 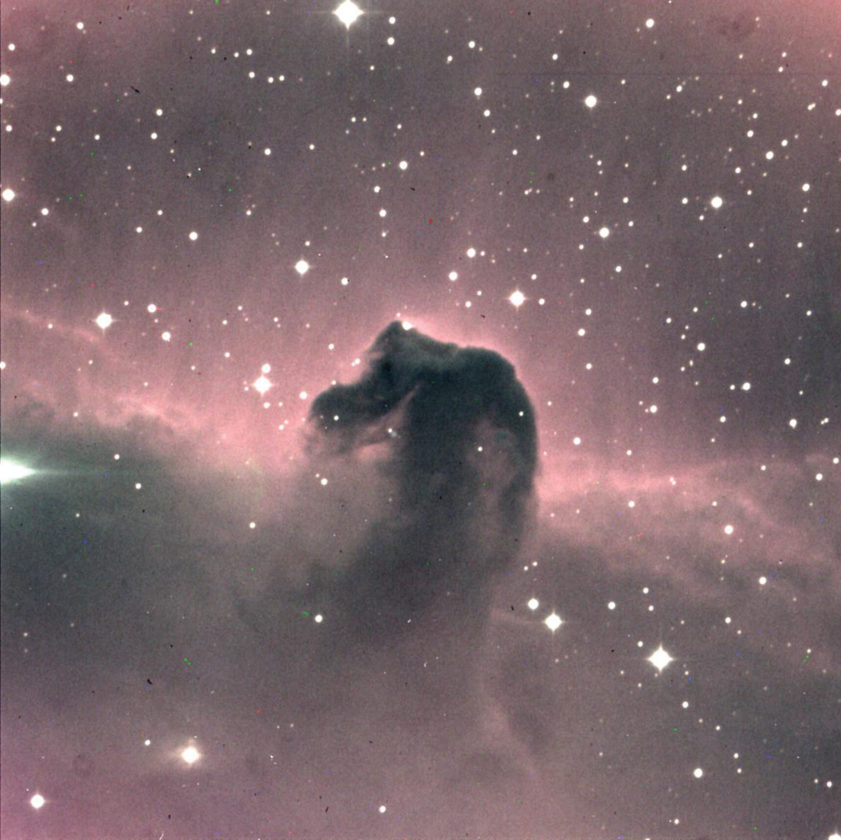 Photo courtesy of Martz-Kohl Observatory The Horsehead Nebula is a dark nebula in the constellation Orion. The nebula is located just to the south of the star Alnitak, which is farthest east on Orion’s belt, and is part of the much larger Orion Molecular Cloud Complex.

The Martz-Kohl Observatory is ready to re-open its doors, just in time for two significant events — one astronomical and one social.

According to Board Member Tom Traub, the observatory has undergone some renovations for the past several months, making it less than fully available.

The observatory, located on Robbin Hill Road, just across the state line in Chautauqua County — about 11 minutes out Gouldtown Road from Akeley or a little over 20 from Warren — is prepping for a ‘grand reopening.’

The timing is good. The observatory may have significant numbers of visitors on consecutive days this month. 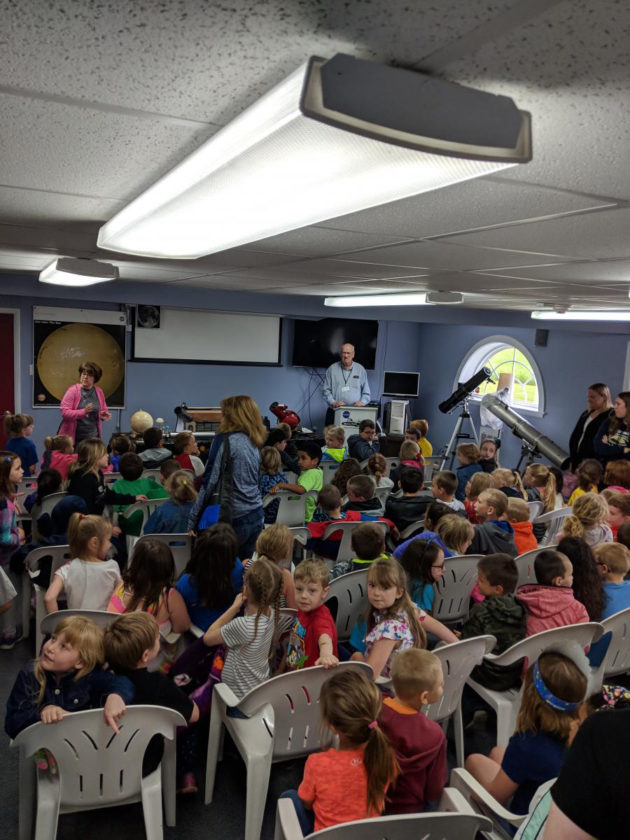 If the sky is clear, the facility’s solar telescopes will offer views of the sun. “Last year we had 250 attendees there,” he said.

“The next day is going to be the full moon and the lunar eclipse,” Traub said.

The board is confident the facility will be ready for those back-to-back events, “the contractors were doing the interior painting today,” Traub said Tuesday.

The upgrades will offer a better experience for visitors and generally improve the facility’s ability to take care of itself.

“As part of our five-year plan, we were looking to expand the facilities and be able to offer more outreach to the public and to the schools and colleges in the area,” Traub said. “We went out for some grants and received some very generous donations.”

The first step was to knock down an old portion of the observatory. That added some parking space. And, new construction added a reception area including a gift shop “where people can purchase items to help keep us going,” he said.

There is a new space that will be used as a classroom and planetarium.

When a class or group visits “on inclement days, we can put on a small program,” Traub said.

“We had a new garage and maintenance area that was added on as well,” he said.

The latest renovations were the third part of a much longer plan.

“We originally started this complete phase with the removal and replacement of the original 30-inch telescope in the main dome in 2004,” Traub said. “We were very graciously donated the Kohl observatory with its 20-inch research telescope.”

“The first phase was adding on the classroom where we give the talks, the control room, and the Kohl portion of the observatory,” he said. “Second was the rear garage, roll-off-roof classroom, restrooms, offices.”

A new group of projects will start in February.

“A large portion of that is on the educational aspects,” Traub said. “We want to start working much more closely with the school systems.”

The facility contributes to national and international research, submitting work to agencies including NASA and the European Space Agency.

Late last year, scopes at Martz-Kohl tracked and imaged Comet Wirtanen, the tenth closest Earth approach by a comet in modern times, Traub said. “We’re tracking a couple of supernovas and a couple of other variable stars.”

Researchers have been able to determine cross-sections of individual asteroids by tracking them as they pass in front of stars.

Visitors are welcome, but the facility is not open all the time.

“We ask first that you check our website www.martzobservatory.org,” Traub said. “If you go on there, there’s a calendar on there that shows events and when we are normally open.”