WCSD cracks down on E-cigarettes

AP Photo In this April 10, 2018, file photo, a high school principal displays vaping devices that were confiscated from students in such places as restrooms or hallways at the school in Massachusetts. 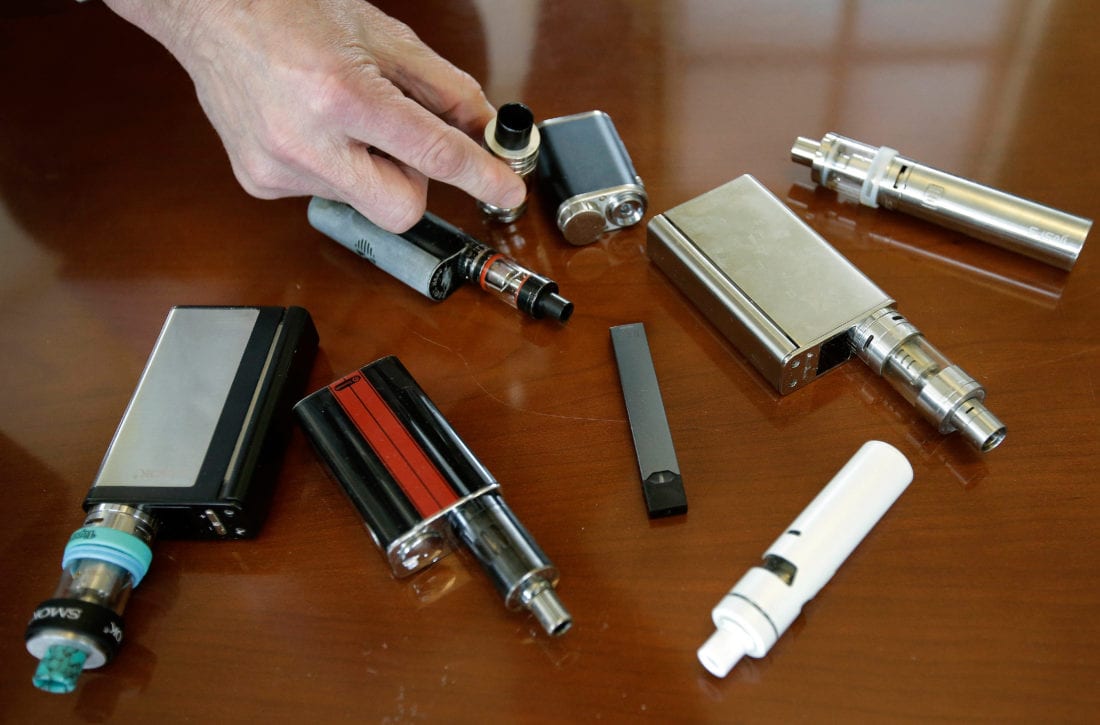 AP Photo In this April 10, 2018, file photo, a high school principal displays vaping devices that were confiscated from students in such places as restrooms or hallways at the school in Massachusetts.

Everybody knows that smoking is not allowed in school.

But what about vaping?

In Warren County School District, vaping — the use of E-cigarettes — is not permitted on school grounds.

There is usually not tobacco in E-cigarettes. But, there is usually nicotine — the addictive drug in tobacco products, according to the Centers for Disease Control and Prevention (CDC).

“E-cigarettes produce an aerosol by heating a liquid that usually contains nicotine,” according to CDC. “Users inhale this aerosol into their lungs.” 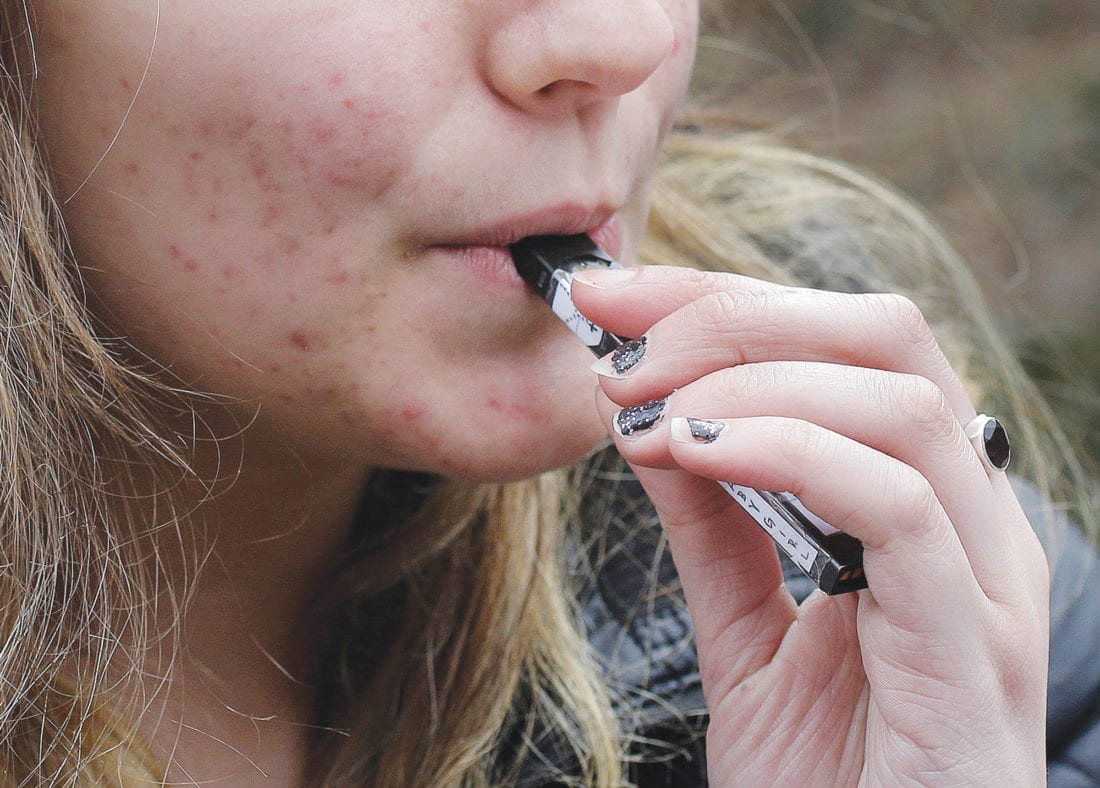 “Some contain as much nicotine as a pack of cigarettes,” Supervisor of Secondary Education Eric Mineweaser said. “They’re smoking one of those in a day.”

“They are addictive,” he said. “Teens get addicted.”

The use of vapor products is included under tobacco products in the district’s student handbook. Both the electronic portion and the liquid portion are prohibited.

Traditional tobacco products are generally familiar and easy to spot.

Some e-cigs look like tobacco cigarettes, but many do not. According to CDC, “some e-cigarettes are made to look like regular cigarettes, cigars, or pipes. Some resemble pens, USB sticks, and other everyday items.”

Some can even be charged by plugging them into a computer USB port.

“It has a unique smell,” Mineweaser said. “The staff is aware of that.”

The vapor — actually an aerosol, according to CDC — often contains flavoring to make it more appealing.

If district personnel detect an odor suspected to be from a vaping device, administrators can check the building’s camera system to see who has been coming and going in those areas.

Once there is reasonable suspicion to think a student has vaping equipment, they can be searched.

“We know it happens,” Mineweaser said. “I haven’t heard that we’re catching them on a daily basis.”

“We treat it like a tobacco violation,” Mineweaser said. “Especially at the high schools, one high school in particular, they do address it, it does happen.”

And they don’t just give it back to the student at the end of the day.

“If the parent wants it back, they have to come in,” he said.

Disciplinary measures are up to the principal and the disciplinary code.

Federal law prohibits selling vapor products to minors under the age of 18.

Rep. Kathy Rapp (R-65th) sponsored legislation that would enact that same limitation in Pennsylvania. That measure passed the House of Representatives unanimously and moved to the senate. According to the General Assembly website, the bill has been before the Senate Judiciary Committee since June.

There is no law in Pennsylvania that specifically prohibits the use of vapor products by minors.

“What we fear is, this vaping is so new still, I don’t think people know what the effects are going to be down the road,” Mineweaser said.

According to CDC, the research on e-cigarettes is still building. “Scientists are still learning about the long-term health effects of e-cigarettes. Here is what we know now:

¯ Most e-cigarettes contain nicotine, which has known health effects:

2. Nicotine is toxic to developing fetuses.

3. Nicotine can harm adolescent brain development, which continues into the early to mid-20s.

4. Nicotine is a health danger for pregnant women and their developing babies.

¯ E-cigarettes can cause unintended injuries:

1. Defective e-cigarette batteries have caused fires and explosions, some of which have resulted in serious injuries.

2. In addition, acute nicotine exposure can be toxic. Children and adults have been poisoned by swallowing, breathing, or absorbing e-cigarette liquid.”

E-cigarettes are not approved by the FDA as an aid to quit smoking.

“Scientists still have a lot to learn about whether e-cigarettes are effective for quitting smoking,” according to CDC.

But, smoking cessation is not a major factor in most e-cigarette use by young people.

According to CDC, 20.8 percent of high school students and 4.9 percent of middle school students reporting having used e-cigarettes in the past 30 days. Among users ages 18 to 24, “40 percent had never been regular cigarette smokers.”