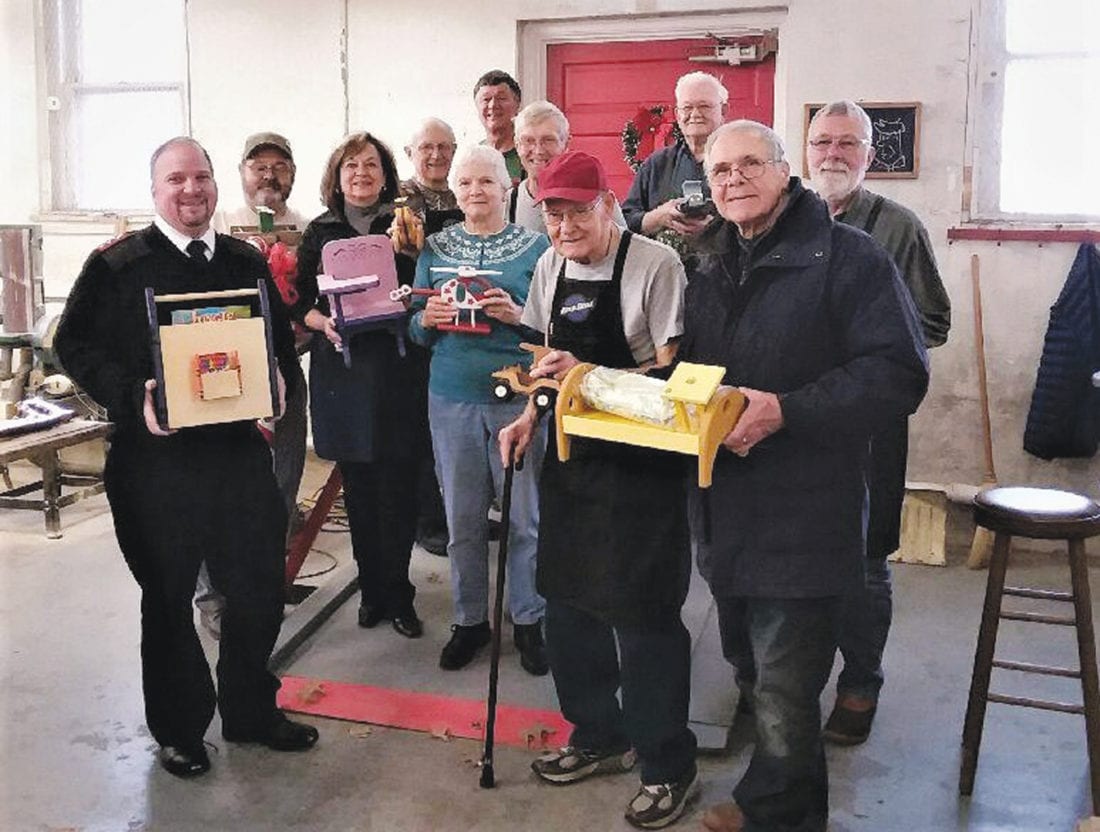 It’s what the Toy Shoppe is all about.

On Friday, Salvation Army Capt. Keith Jache played Santa to the Toy Shoppe’s elves and picked up toys at the Shoppe on the grounds of Warren State Hospital.

He collected 1,000 wooden toys that were crafted and painted by volunteers at the Toy Shoppe.

Those toys will be distributed to disadvantaged children in Warren County as Christmas presents.

The 21 senior volunteers at the Toy Shoppe didn’t stop there.

According to Volunteer Coordinator Patrick Williams, the Shoppe donated another 265 wooden toys to seven other organizations that provide services to children in the Warren area.

There is no cost to organizations for Toy Shoppe toys.

The Toy Shoppe is a not-for-profit entity.

Monetary donations may be made to the organization’s fiscal agent: Penn Soil RC&D, 4000 Conewango Ave., Warren, with Toy Shoppe in the memo line.