PNC Building gets the NPRC as occupants 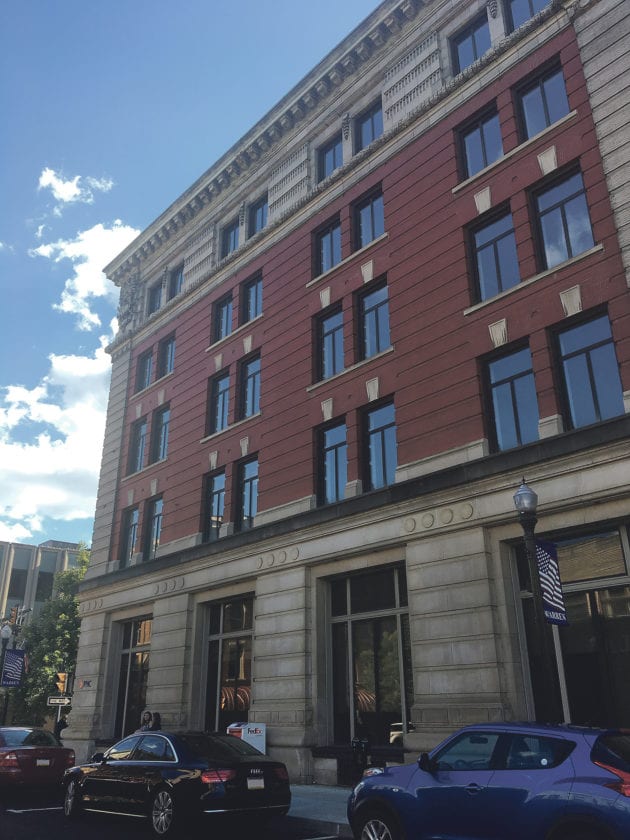 Times Observer photo by Josh Cotton On Wednesday, the Warren County Commissioners and the WCDA took care of a procedure to allow the Northern Pennsylvania Regional College to move into the PNC Building at the corner of Liberty St. and Second Ave.

The Northern Pennsylvania Regional College has moved into the PNC Building at the corner of Liberty St. and Second Ave. in downtown Warren.

Jim Decker, president and CEO of the Warren County Chamber of Business and Industry, said during Wednesday’s commissioner’s meeting that a cooperative agreement between the WCDA and the county stems from a $500,000 Redevelopment Assistance Capital Program from the state for the development of the building.

He told the commissioners that phase one – completion of the fifth floor for occupation by the NPRC – was “completed on time and on budget. They did move into those offices on December 3.”

Decker explained that the NPRC may in the next year or two need additional space in the building and said the project has been a “huge positive across the board.”

The agreement up for approval on Wednesday, Decker said, is a requirement of the RACP program that is required when the entity awarded funds isn’t a taxing body.

He said the agreement “provides the Commonwealth a bailout should there be any expenses reimbursed to the WCDA” that need to be repaid to the state. “The chances of that are highly unlikely, quite frankly” as he said the structure of the program requires that contracts and documents be reviewed at multiple stages “before any reimbursements are made.” He added that the agreement indicates that the WCDA would reimburse the county should any of those expenses fall to the county.

Commissioner Jeff Eggleston thanked Decker and the WCDA “for what I consider an unbelievable job. (The) time frame in order to get the project done was almost nothing.

“When we started talking about this, I thought there was no way this was going to happen… The project is a huge one (that will) have a long-term impact on the community.”

Commissioner Ben Kafferlin said the risk to the county with the agreement is “insignificant” given the WCDA’s history of reporting on grants as well as the oversight the commissioners would have as they sit on the WCDA board.

The agreement was approved unanimously.