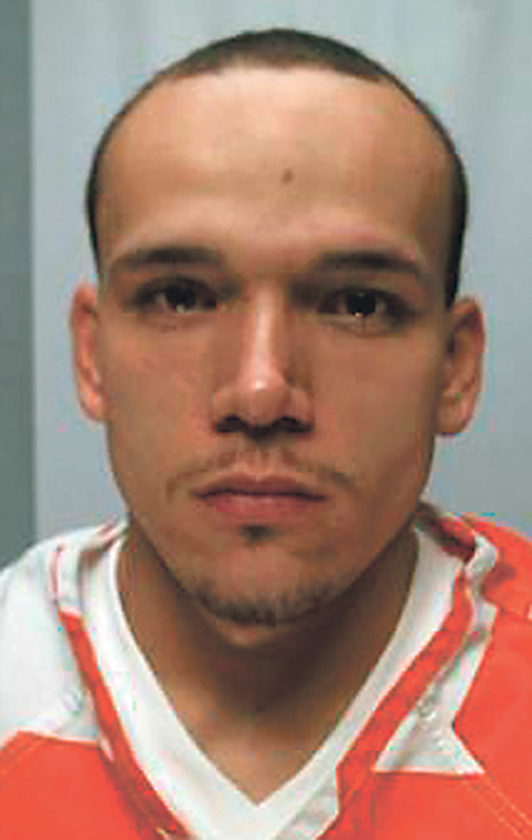 A fire Thursday night at a home off a dirt road in eastern Sugar Grove Township has resulted in charges of arson and attempted homicide against a Warren man.

According to Pennsylvania State Police, Knappenberger was angry at a woman with whom he is “romantically involved” who lives at the Wilson Road address for “not picking him up” Thursday evening.

He allegedly brought a mixture of oil and gasoline in a plastic bag to the residence at about 8 p.m., poured it on the porch, set fire to it, and ran.

“The defendant’s boots fell off his person as he was running from the scene,” police said. One of the victims — there were seven people, including five children, inside at the time of the incident — identified the boots as Knappenberger’s and police started looking for him.

“I observed a male that fit the description of the suspect,” police wrote in the affidavit of probable cause. “The suspect was wearing a brown coat as described, he was not wearing shoes of any sort, and his clothes were muddy.”

Barefoot, muddy, and smelling strongly of gasoline, Knappenberger allegedly told police he had started the fire, knew the residence was occupied, and was trying to frighten one or more of the people inside.

According to police, Knappenberger was out on bail on an incident in which he was alleged to have indecently assaulted a girl under the age of 13.

He used the dangerous nature of the incident and the connection of the previous and current charges as cause to deny bail.

“Given the heinous nature of the alleged facts, arson with seven persons present, if proven, would tend to demonstrate that defendant, at a minimum, bears an extreme indifference to the value of human life and that defendant is an extremely desperate individual unlikely to comply with bail conditions,” Woodin wrote. “No condition or combination of bail conditions, other than imprisonment, will reasonably assure the safety of the community.”

Knappenberger was taken to Warren County jail. A preliminary hearing is scheduled for 9 a.m. Tuesday, Jan. 8.